25 YEARS OF WTA: AN INTERNATIONAL CELEBRATION 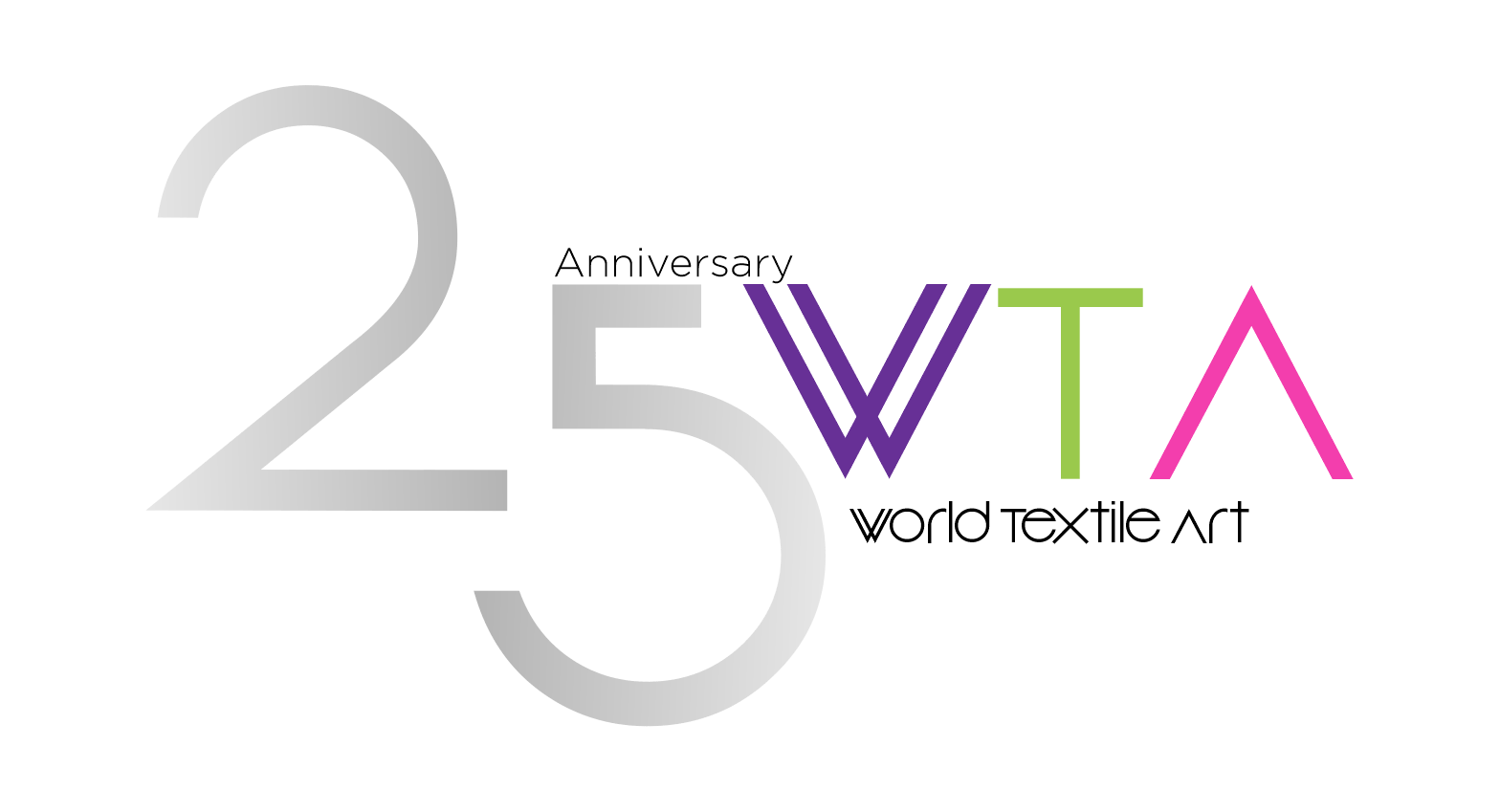 WTA – World Textile Art, founded in 1997 by Colombian textile artist Pilar Tobón, celebrates its 25th anniversary with the 10th International Biennial of Contemporary Textile Art “25 YEARS WTA”, to be held during October through December 2022. It will be the most international biennial in its history, as it will take place simultaneously in different countries around the world, Colombia will be the Guest Country.

HISTORY OF THE BIENNIAL

Pilar Tobón was born in Medellín and grew up in Barranquilla. She lives between Miami, Montevideo and Barranquilla. An entrepreneur with an enthusiastic and generous personality, she leads the organisation of a large worldwide textile family that includes artists of different nationalities and cultures. The World Textile Art-WTA has realised nine International Biennials in eight countries; Each country that hosts a WTA Biennial follows the guidelines of the Organization and is chaired by a Local Management Group made up of leading textile artists, curators, academics, administrators and cultural managers.
The organisation was initially called Women in Textile Art-WTA and was born in Coral Gables, Florida, where Pilar Tobón ran her contemporary art gallery and where, in collaboration with the Colombian Consulate in Miami, she organised the first editions of the Biennial.
In 2004, the 3rd Biennial was held in Venezuela and has continued touring ever since. The subsequent 2006 edition in Costa Rica entitled Man+Woman=Creation included artists of all genres, paving the way for its new name: World Textile Art-WTA.
Argentina, Mexico, Uruguay and Spain also hosted Biennales in presence, joining Chile’s Virtual Biennial in 2020. This last event was not only extensive in terms of artists’ participation, side events with lectures and virtual meetings, but was also extremely exciting and successful thanks to the inclusion of categories such as photography and video in response to the widespread quarantine conditions, thus optimising the biennial’s core theme – the creative process – through the virtual opportunities available.
In terms of numbers, the biennials see the participation of artists representing up to 45 countries, with an average of 500 applications per biennial and a turnout of even more than 200,000, as in the case of the 2019 Madrid Biennial.

For this 2022 in which WTA celebrates its Silver Jubilee, the WTA Biennial is reinvented with the “25 ARTISTS” Salon to be held in parallel in each of the countries that have hosted a WTA Biennial − having as its main headquarters the city of Miami-Florida, and as sub-seats: Caracas-Venezuela, San José-Costa Rica, Buenos Aires-Argentina, Xalapa-Mexico, Montevideo-Uruguay, Madrid-Spain, Santiago-Chile, and Manizales-Colombia, as this biennial’s Guest Country, where local committees organise salons of 25 works. In Colombia, the Biennial will be held with an open call for entries, where artists who have already participated in other Biennales can apply. Although Turkey, Korea, India, Brazil and Italy have not previously hosted a WTA biennial, they will join the great celebration, holding their national “25 ARTISTS” Salon in their home countries.

The “25 ARTISTS” Salon in each of the participating countries will open in situ during the months of October and November and will be transmitted via streaming. The great celebration in Miami of the “25 Years WTA” will be held from November 3 to December 15, in the spaces of the Miami International Fine Arts-MIFA and the Consulate of Colombia-Miami, where a selection of WTA’s permanent collection of donated works will also be displayed.

The 10th WTA Biennial – Colombia will be held at the Museum Centre of the University of Caldas in Manizales and will be part of the Festival Internacional de la Imagen (from 17 to 21 October 2022) with the theme SURtropias ‘as a way of defining those processes of creation that take into account decentralisation and mobility responding, in an alternative way, to the profound geopolitical, environmental and social challenges we face in our territories today’.

The International Festival, focusing mainly on digital, scientific, electronic and design arts, but always open to contemporary themes, perfectly integrates textile art, which is in a phase of great success and diffusion in a contemporaneity in which it is increasingly evident that there is an urgency and necessity to take back the values of the world’s ancestral cultures, original masters of weaving, and to acquire a vision from different geographical points of view and socio-cultural, environmental and economic perspectives. Contemporary textile art is in essence a way of weaving threads in multiple directions, between archaic knowledge and contemporary instances.

The Colombian steering committee, coordinated by visual-textile artist and designer Ceci Arango, is composed of national leaders in the field of textile art.