AN UNBROKEN THREAD: Celebrating 150 Years of the Royal School of Needlework 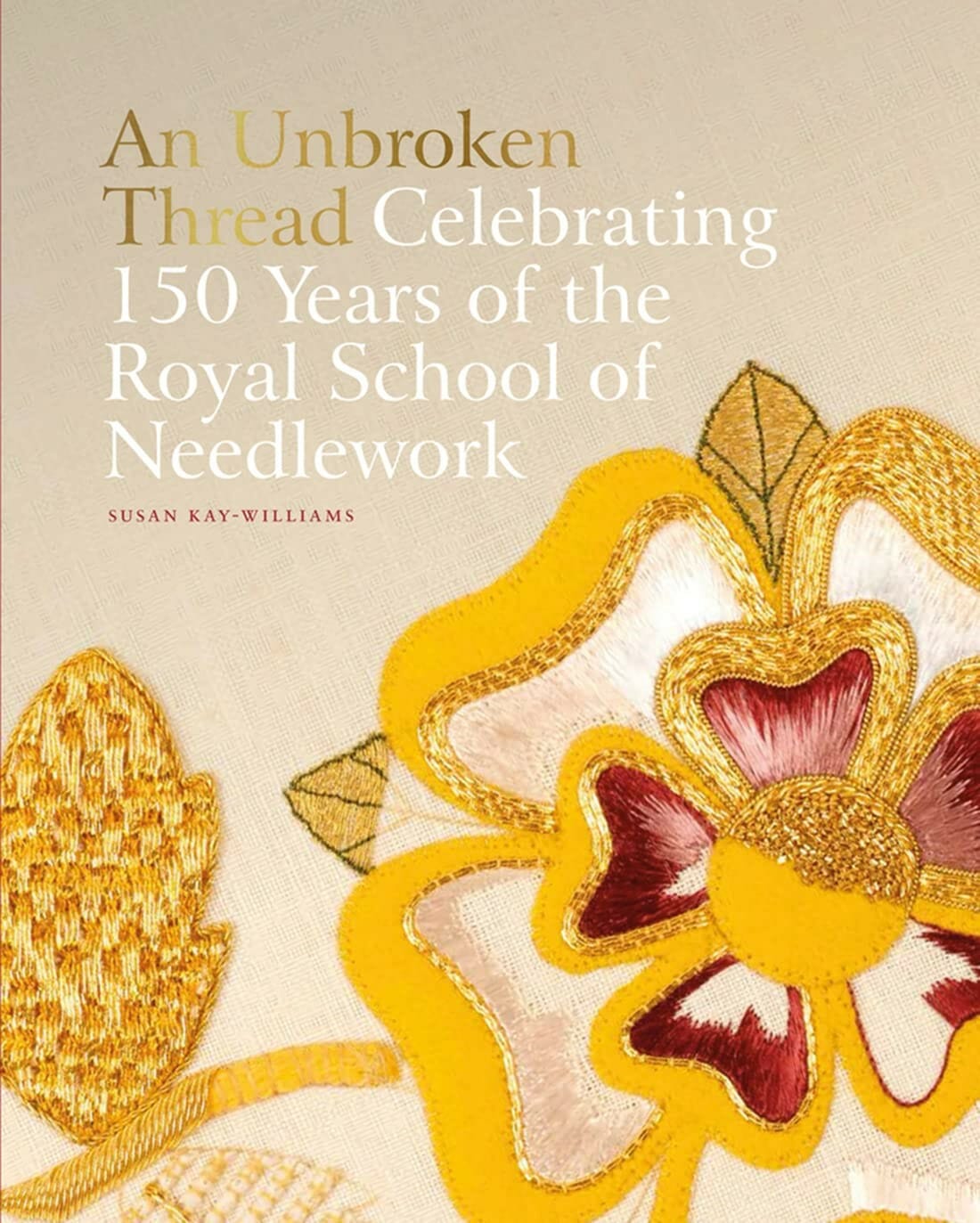 Many initiatives to support women were begun in the late 1800s, but the Royal School of Needlework (RSN) is one of the few that remain. This initiative was born from the desire of three women – Princess Helena, Lady Victoria Welby and Lady Marian Alford – to popularize the lost art of ornamental needlework and place it on a par with other decorative arts, such as painting and sculpture. Their other, yet no less important goal was to provide employment for women compelled to earn their own livelihood. Though women are no longer so limited in occupational options, the RSN has been keeping traditional embroidery techniques alive for a century and a half. Published to coincide with the RSN’s 150th anniversary, this book will tell the story of the RSN from its founding in 1872 to the current day. It will highlight key people, royal and other special commissions, the changing fortunes of the school as fashions changed and the approach to teaching hand embroidery, as well as bringing attention to the role and position of the RSN historically and today, associating with everyone from society ladies and theater impresarios in the late 19th century to working with fashion designers Patrick Grant, Nicholas Oakwell and Alexander McQueen, and architects in the 21st century.

Dr Susan Kay-Williams has been chief executive of the Royal School of Needlework since 2007. She is also a curator and archivist. She has spent a lot of her spare time researching the RSN’s history because she believes more of its remarkable history needs to be known. In her own right her research interest is in the history of dyes and textile dyeing. She published The Story of Colour in Textiles in 2013 (Bloomsbury).