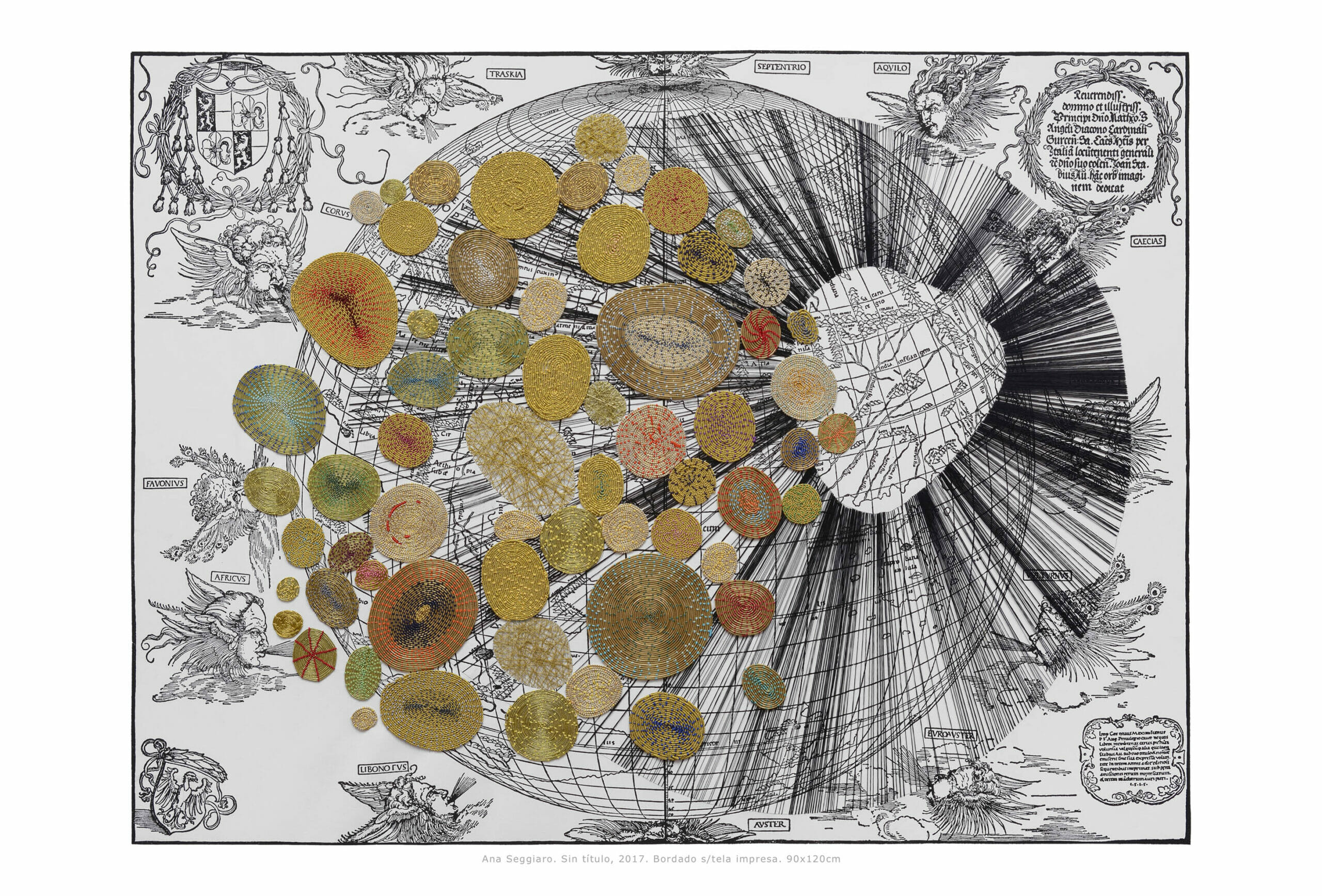 Ana Seggiaro was born in Buenos Aires, Argentina, in 1965. Initially pictorial in nature, her work explored and incorporated new materials and media in addition to the oil and etching that underpin her artistic research. She is currently developing the embroidery technique.

Graduated in drawing and engraving at the National School of Fine Arts Prilidiano Pueyrredón in 1988, she then continued her training and specialization in various workshops and studies, among which: Painting workshop with Sergio Bazan, Contemporary art seminar with Hugo Petrochansky, Lithography workshop with Lucrecia Orloff and others.

She currently lives and works in Buenos Aires, where she has her own studio and teaches painting and drawing.