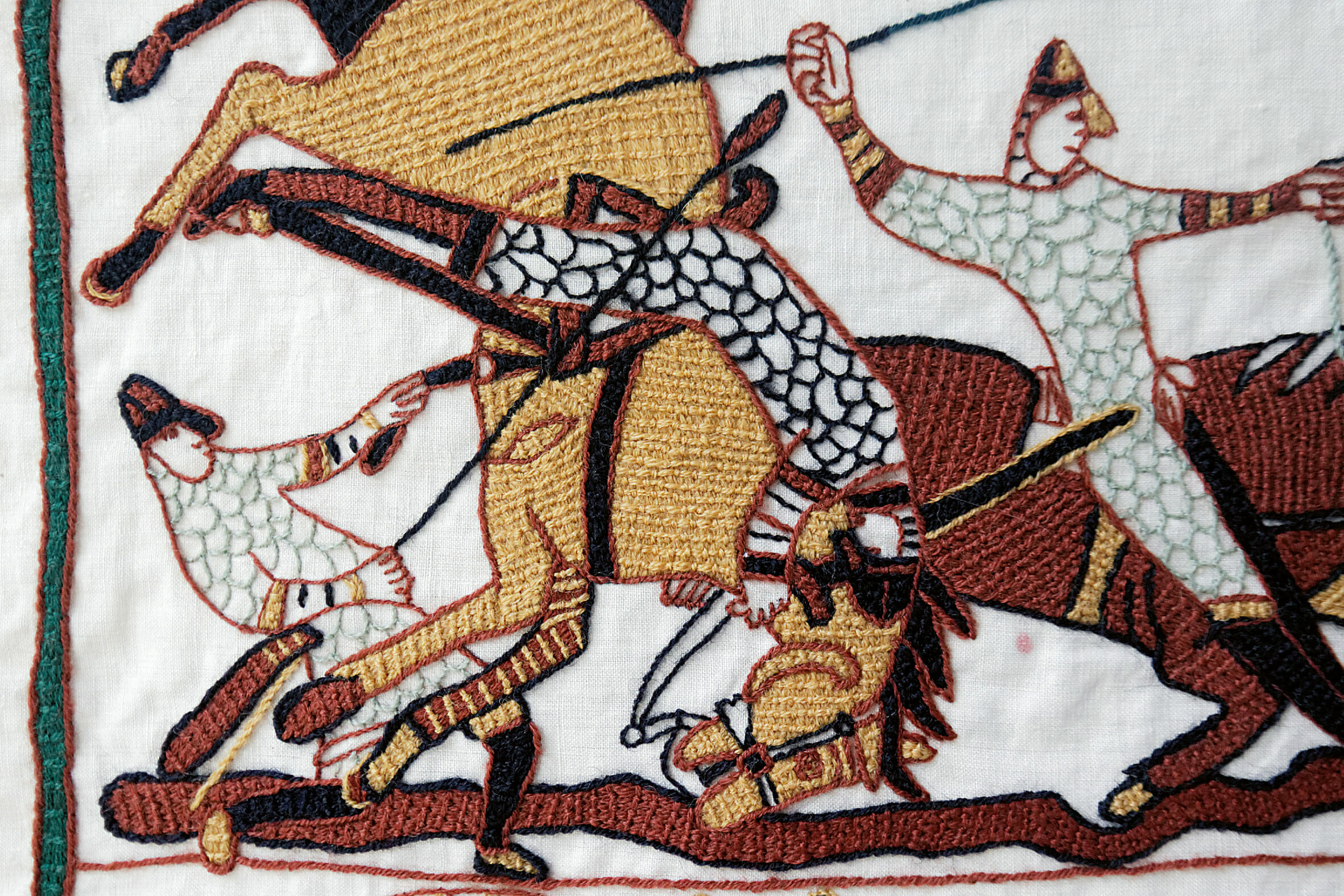 A small village, mentioned in Dante’s Divine Comedy, set in the Topino river valley, from which it takes its name; Valtopina hosts, at the beginning of September, an event of national and international relevance dedicated to embroidery, now in its 20th edition.

A popular place for those who love open-air hikes, untouched nature, and trekking in the silence of St. Francis’ lands, Valtopina boasts an extensive green territory dotted with villages and scattered medieval buildings alternating with woods, cycling routes and panoramic roads of the bordering Monte Subasio Park that connect it to Spello and Assisi.

Over the three days of the 20th Embroidery and Textile Exhibition opening event, alongside the fair pavilions dedicated to exhibitors and international-themed exhibitions, Valtopina hosts conferences, book presentations, urban textile art projects and a range of workshops.

Scheduled for this year’s edition, on Saturday 3 September 2022,  is a workshop by the international artist Tanja Boukal who will lead BAYEUX STITCH, a six-hour workshop exploring all aspects of the Bayeux Stitch technique. This specific embroidery stitch is suitable for creating tapestries and large embroideries and derives from the Norman and English tradition. Allegedly, in the 11th century, it was used in the famous Bayeux tapestry, most likely executed by Queen Mathilde.

As for the original embroidery made with 7 dominant colours of wool thread on linen, during the workshop, you will work with the same type of threads and colours to explore the possibilities and limitations of this ancient technique.

Tanja Boukal is an Austrian artist born in Vienna in 1976 and active on the international art scene. She attended the HBLA Herbststraße in Vienna – Artistic Embroidery – and later graduated in Scenography and Decoration at the Wiener Kunstschule. Her recent biography includes the solo exhibitions ‘Do you know that we have lost’ at the Haus der Kunst in Brno, Czech Republic; ‘Tanja Boukal: Knitting and Embroidery Gone Rogue’ at the Ruth Funk Center for Textile Arts in Melbourne, USA; ‘Niemand hat die Absicht, eine Mauer zu errichten’ at the Kunstverein Augsburg, Germany; ‘Was tun wenn’s brennt’ at the AB Gallery in Lucerne, Switzerland, to name but a few. Her work was included in the group exhibition ‘The Very Fiber…Not Necessarily Domestic Goddesses’ at Bernice Steinbaum Gallery in Miami in 2022. She has exhibitions and participations in the public realm, museum and institutional spaces, as well as private galleries in Europe (Austria, Italy, Germany, Switzerland, France, Denmark, Greece, Finland, Luxembourg, Bosnia and Herzegovina, United Kingdom, Russia, Spain) Turkey and the United States.

The workshop is in English with a facilitator speaking Italian and is open to everyone; no previous experience is required. However, limited places suggest booking your spot well in advance:
info:mariavaltopina@virgilio.com