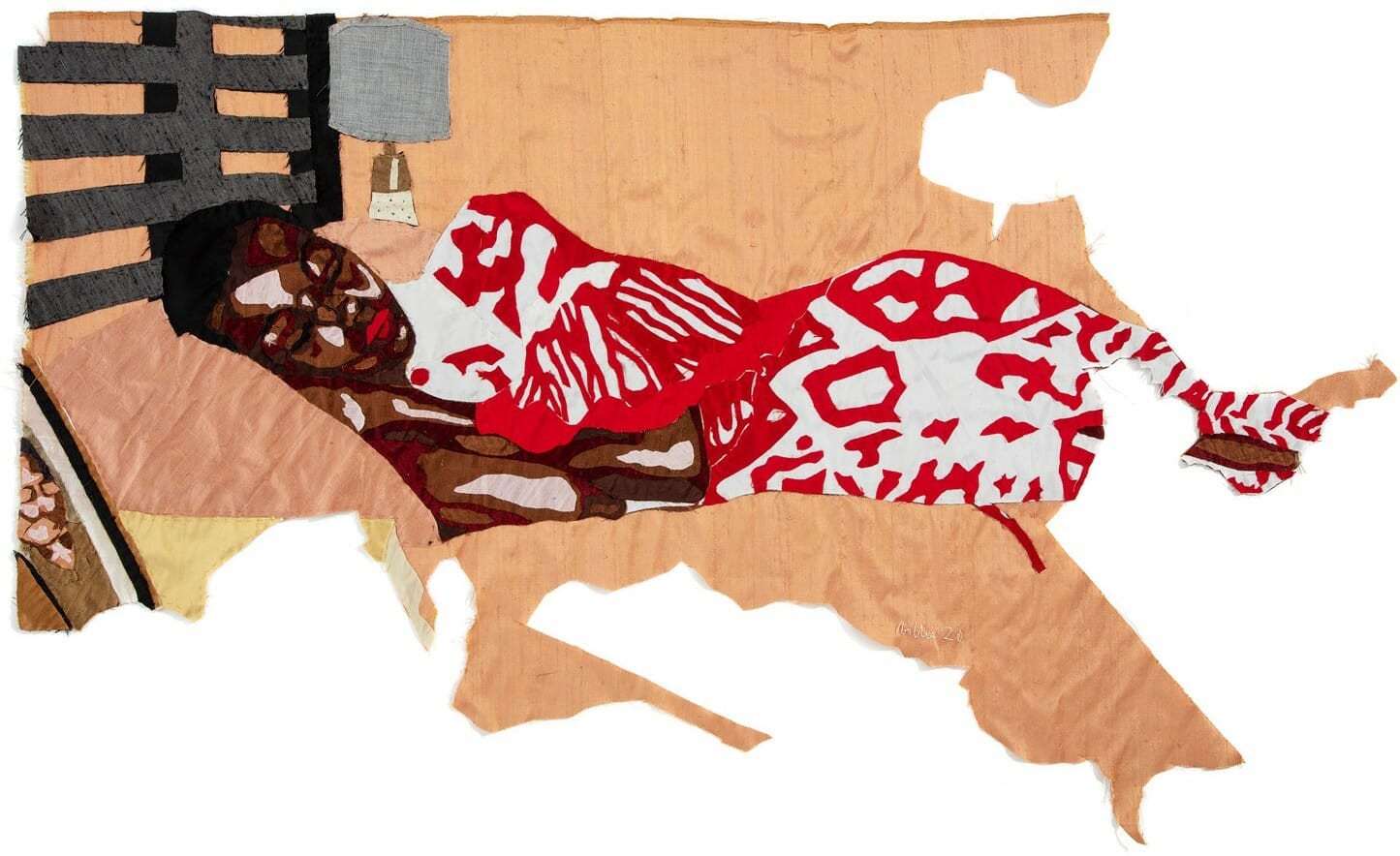 *Foto in evidenza: Billie Zangewa, An Angel at My Bedside, 2020. Hand-stitched silk collage

Malawi-born, Johannesburg-based artist, Billie Zangewa’s first solo U.S. museum exhibition will include examples of the artist’s work from the past 15 years, as well as new pieces made specifically for the show. The exhibition comes at an important time for Zangewa, whose career has developed primarily in Europe and South Africa. This exhibition will bring her work to entirely new audiences across the United States.

Although many of the scenes depicted in Zangewa’s layered silk tapestries are autobiographical, there is a relatability that goes beyond her personal journey as an artist. Zangewa’s labor-intensive processes recall the historic implications of “women’s work” but remain a steadfastly contemporary interpretation of lived experiences. Zangewa is dealing firstly with identity, as well as socio-politics around gender and skin tone, in a gentle everyday manner. She is also exploring the different roles that women play in society, including motherhood and the impact that it has individually and collectively. The images in her work are deliberately decontextualized. However, when shown in a group, their fragmentary nature is further emphasized, suggesting they are excerpted from a larger narrative.

Zangewa does not make grand gestures or even overt political statements, but rather, like a kind of ‘daily feminism’, focuses on mundane domestic preoccupations; themes connecting us all. Zangewa states “I use fabric and sewing, which traditionally is a female pastime, to empower myself. I tell my personal story, how it’s happening on the home front, and show the intimate life of a woman, which usually we’re not encouraged to do.” Zangewa views telling her own story in her own voice as a kind of personal empowerment. Historically, this has been very difficult for women in general, but for women of color in particular, with many social obstacles to overcome.

Billie Zangewa creates intricate collages composed of hand-stitched fragments of raw silk. These figurative compositions explore contem- porary intersectional identity in an attempt to challenge the historical stereotype, objectification, and exploitation of the black female form. Beginning her career in the fashion and advertising industries, Zangewa employs her understanding of textiles to portray personal and universal experiences through domestic interiors, urban landscapes, and por- traiture. Her earliest works were embroideries on found fabrics depicting remembered botanical scenes and animals from Botswana, where the artist was raised, but she soon transitioned to creating cityscapes, focusing on her experience as a woman in the city of Johannesburg and her personal relationships. These works explored her experience of the male gaze, leading her to begin to think more critically about how women view themselves and what the visualization of the female gaze, through self-portraiture, could look like.

After the birth of her son, Zangewa began making her well-known domestic interiors to explore the shift in focus from self-examination and femininity to motherhood and the home. Often referencing scenes or experiences from everyday life, Zangewa has stated that she is interested in depicting the work done by women that keeps society running smoothly, but which is often overlooked, undervalued, or ignored. Zangewa refers to this as “daily feminism,” which can be considered a contemporary version of “the personal is political.” Through the narrative content and method of making silk paintings, Zangewa illustrates gendered labor in a socio-political context, where the domestic sphere becomes a pretext for a deeper understanding of the construction of identity, questions around gender stereotypes, and racial prejudice.