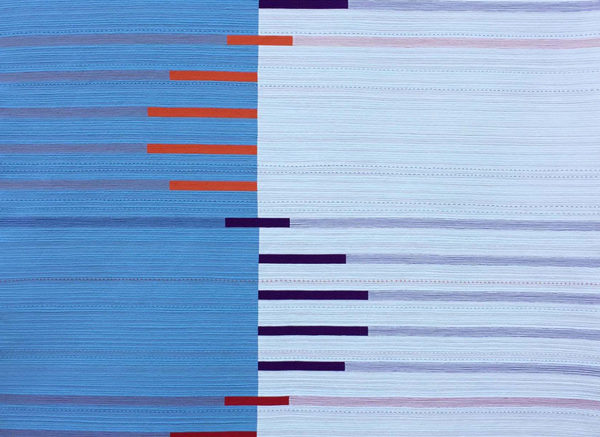 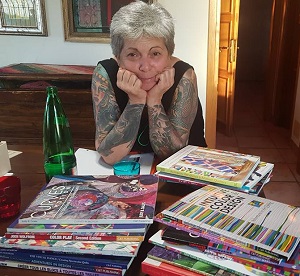 You can translate this article with the below automatic translator

“Use of negative space” is one of the characteristics of modern quilt and should be understood as inclusion in the top of the important areas of “negative space” (ie left whole fabric and not worked patchwork; in the case of infused plaid almost all!) that it is made part of the whole thanks to the quilting that completes the patchwork and defines the artist’s intent.

Cassandra Beaver is a young American artist, first prize in the category ” USE OF NEGATIVE SPACE” QUILTCON in 2017 with his book ” Infused Plaid “.
” Infused Plaid ” is entirely realized by the artist who, with a clever play of colors, has recreated the quilting with the effect of the weft and warp of a plaid making the negative space the focal point of the quilt.

Those who know me and know how much I love strong colors, will wonder why this quilt has caught my attention. In fact it was precisely its apparent simplicity make me dwell on image and consequently to do research on this artist.

The discovery of his work has been brilliant for me: Cassandra Beaver fascinates me. She manages to create masterpieces of extreme rigor, of great visual power! Please, look at his website http://thenotsodramaticlife.com , admire the photographed works:

“Rainbow Roundabout” is a mini quilt (15 ° from she realized in 2015) of 15 “x 15”. It is a reinterpretation of the classic Courthouse Steps.
In her blog Cassandra illustrates the creative process of this mini quilt: each wedge octagon consists of 9 different tissues for a total of 74 tissues (including white and binding)! What it gives character to the whole, however, as in all the works of this artist, the quilting, made by her, which is the natural extension of the drawing.

This quilt, MQG present in the gallery, in the category ” Use of Negative Space ,” is described as “six separate sections vibrant purple combine to create a unified central image. The quilting continues the color of each segment to the outside edges of the image. The horizontal lines create a calming effect that is reminiscent of a sunset on the horizon, emphasized by vertical lines of section. And yes, I would say that the effect is such! (Also by this Cassandra was inspired for one of her mini quilt)

“greenery in the garden”

different from the previous from the explosion of color, is the first in a series on wich she’s working, inspired by the observation of the Franklin Park Conservatory in Columbus (Ohio). as explained by the same Cassandra: “This quilt does not replicate a single area of the garden but incorporates shapes and colors that have attracted me”

Interestingly, the design of the quilting on the back of the quilt, which shows the accuracy for details and complexity of a particular game.
http://thenotsodramaticlife.com/wp-content/uploads/2017/05/Greenery-in-the-Gardern-Back.jpg

I could go on but I prefer to direct you to the site of Cassandra (I recommend reading his biography, is very attractive!) She is young and still has much to say!

Be the first to comment on "Cassandra Ireland Beaver" 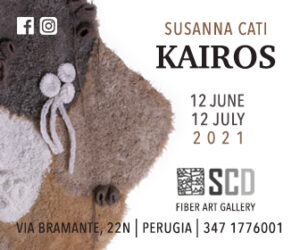 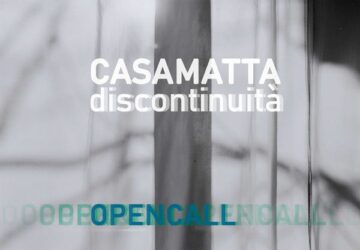 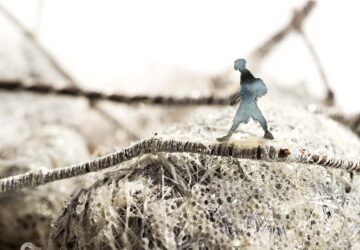 Tessuti d’Arte is the new ArteMorbida section in which, thanks to the valuable and decisive contribution of Carmen Romeo, expert in weaving, tapestryand carpet, essayist, teacher and researcher and Chiara Carta who restores tapestries and historic upholstery, we will publish insights on topics specifically related to weaving, its origins and its development over the centuries, the historical importance and collecting of textile art, and the complex and varied activities of the restoration of historical textile products.