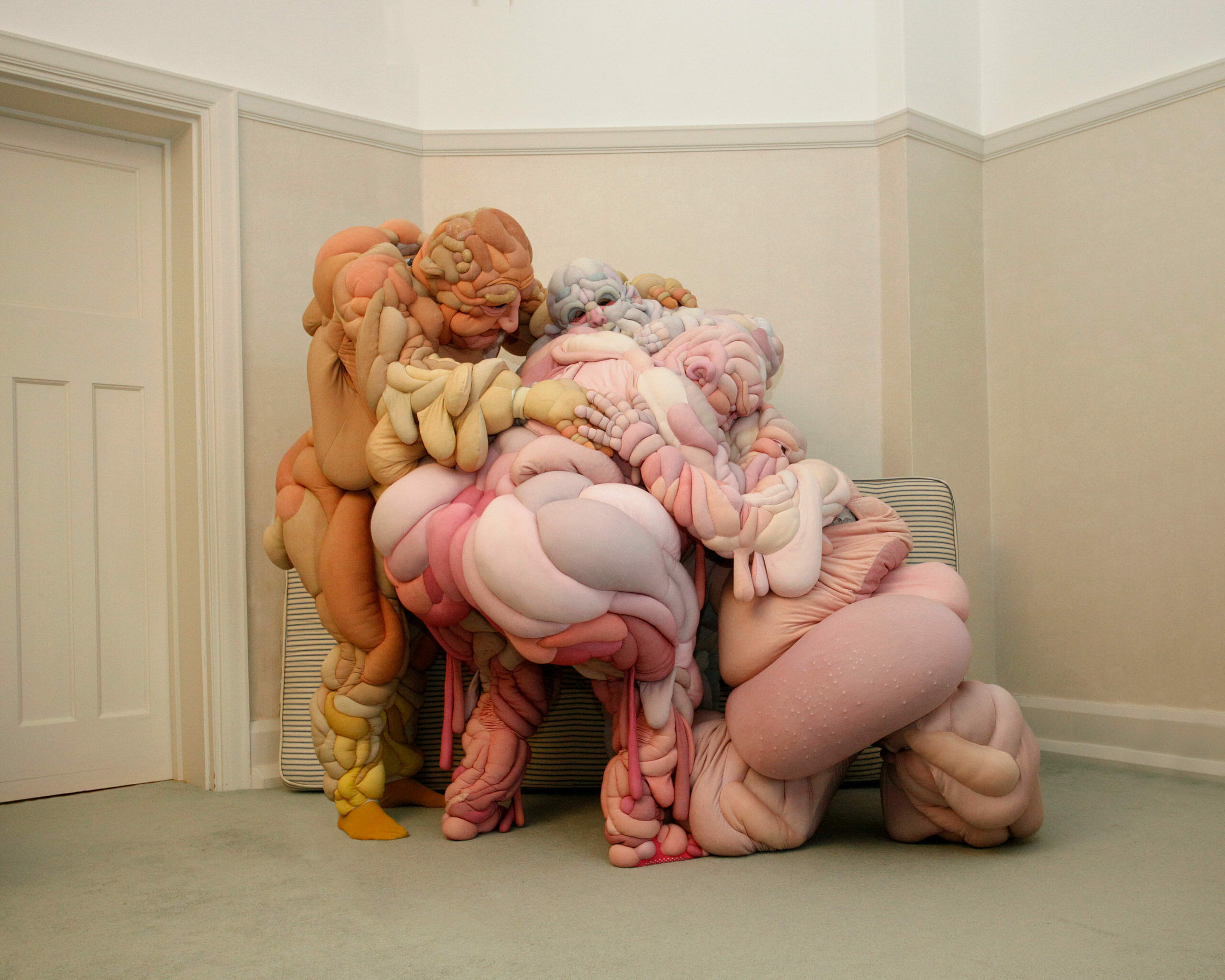 A multidisciplinary artist with a background in fashion design, Daisy Collingridge, born in London in 1990, focuses on the exploration of human corporeality, with particular attention to the anatomy of the forms that she often reproduces, sculptural, in fabric dresses she defined as “Squishies” and which , once worn by the artist,  come alive transforming the work into an act with a performative character. The core of her artistic research is expressed in a path of exploration of the flesh and the fabric, finally materializing in deeply tactile works with a marked physicality.

Collingridge’s sculptures are handmade in stretch jersey and wadding, in the infinite shades of pink, pastel blue, to create soft and rounded shapes that evoke human muscles. The artist gives each “dress” a name, Burt, Clive, Susan, so that each sculpture becomes a character with its own identity and personality. It is then through the performative act that Burt differs from Clive and Susan from Hillary.

The characters, literally “worn” by the artist, come to life in playful and extravagant performances.

Each sculpture requires long and laborious production times and is entirely hand-sewn by Collingridge who individually dyes the fabrics in order to create a palette of soft colors reminiscent of childhood, comfort and familiarity.

Her leotards have been exhibited in several galleries in London, Dublin and Birmingham, and none other than Björk performed in a concert with a garment from her collection in 2015.

She has exhibited in various exhibitions including the one at the National Center for Craft and Design in Sleaford, in 2019 and the two exhibitions at MAC Birmingham in 2018 and at the Whitaker Museum in 2021, both with the 62 Group.

In 2019 the artist also participated in the ‘Zeitgiest’ 108 Fine Art in Harrogate, United Kingdom. In 2020 she was selected to be part of the Sarabande Foundation Residency in London as well as the J Hammond Projects Residency in partnership with The Bomb Factory in London, UK.

SOURCES: https://www.daisycollingridge.com/
The images of the works are protected by copyright