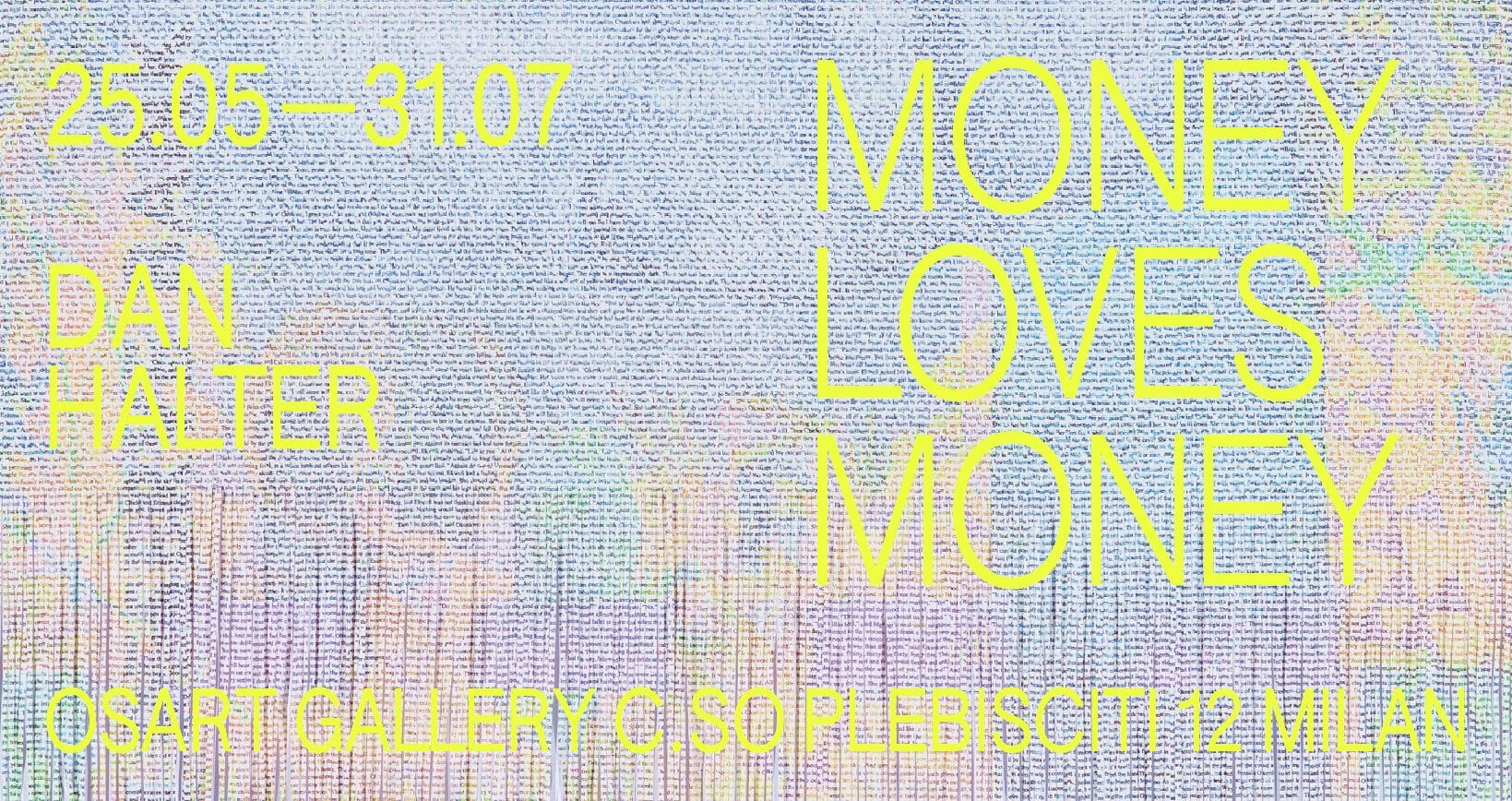 After the group shows African Textures and African Characters, with the exhibition Money Loves Money, Osart Gallery is launching a series of solo shows devoted to the most important figures of the contemporary South African art scene.

The work of Dan Halter (1977, Zimbabwe; lives and works in South Africa) focuses on topics related to current post-colonial reality, political barriers, migration phenomena, economic instability and the political and social reality in South Africa and in his homeland, Zimbabwe.

The artist looks at history and its connections with the current situation, the interference of foreign powers in government policy and the colonial past that is reflected in the deep fractures of the present and in new forms of colonisation. Halter has developed a weaving technique that he applies to everyday materials with a potent symbolic resonance: paper ripped to shreds, telephone directories, plastic- weave bags and banknotes, or blow-ups of banknotes. The artist adds words to these elements: sometimes he interweaves pages and pages of classical texts with the images, or again he leaves the observer with actual “coded messages”.

Money Loves Money draws on the artist’s personal experience, since in Zimbabwe he witnessed a succession of different currencies over the space of just a few years, introduced in the attempt to curb hyperinflation and economic disaster.

In addition to the precise references to the current situation, the blow-ups of the banknotes on show in the exhibition are interwoven with classic works of literature that have left their mark on the artist’s career. Joseph Conrad’s Heart of Darkness is meshed with the US dollar, while the Italian 100,000 lire notes— produced specifically for the solo show at the Osart Gallery—are interwoven with the full text of Machiavelli’s Prince. The text of the Communist Manifesto is woven into the banknote of 100 Yuan (or RMB) bearing the image of Mao, while the 100 trillion Zimbabwe dollar note—symbolically representing the population’s spiralling loss of buying power in the face of inflation—is interwoven with the Jean-Jacques Rousseau’s Social Contract. Finally, the 100 billion Zimbabwe dollar note is woven with George Orwell’s Animal Farm, which represents better than any other novel the short-sightedness of a falsely egalitarian system.

The link between South Africa’s current politics and that of the past is embodied in The past is never dead. It’s not even past; the title, which is a quotation from William Faulkner, is embroidered between the South African flags. Monopoly, on the other hand, is connected with a precise event in contemporary South African history: the so-called “White Monopoly Capital”, a phrase denoting the continued economic dominance of whites in post-Apartheid South Africa that was used by the former South African president Jacob Zuma following the allegations of corruption against himself and the Gupta brothers.

Finally, the ubiquitous plastic-weave bags with their unmistakable checked pattern embody the phenomenon of migration from multiple aspects, representing the “suitcases” of those who are forced to abandon their homelands carrying minimal luggage. In Refugee – Map of the World (2019), strips of these bags have been stitched together to form a map of the world in which the areas affected by emigration are worn and grimy while those characterised by immigration are practically new. The artist writes that he drew inspiration for this map from the work of Alighiero Boetti. This same checked plastic weave appears in numerous other works, ironically combining the Scottish tartan pattern with the cheap material of the bags, embodying an unresolved conflict between those who want to “grab everything” and those who have done so in the past. This is evoked in Bamba Zonke, which in Zulu means “grab everything”: a plastic bag on which the artist has stitched the title of the work in tartan fabric.

Dan Halter involves local craftspeople in his works and incorporates ubiquitous materials, interweaving them with citations that assume different meanings depending on the context. Not surprisingly, he himself cites the words of Jorge Luis Borges’ paradoxical claim that “the original is unfaithful to the translation”.