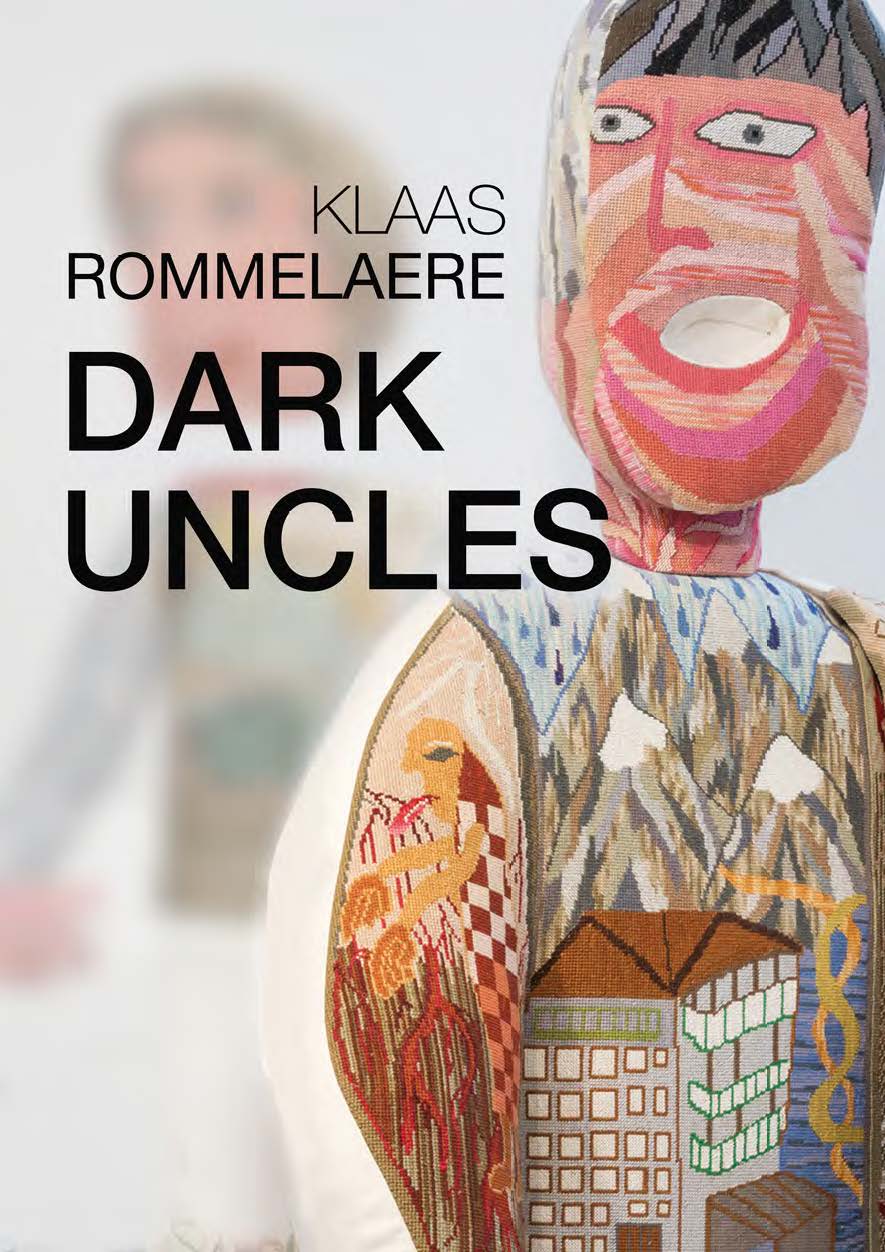 Truly intriguing. That is the exhibition by Klaas Rommelaere, who is currently presenting at exhibition space 38CC in Delft. It is the first time that the work of this Flemish artist can be seen in the Netherlands. With a procession of gigantic doubles, Rommelaere pays tribute to all the people who have influenced him over the years. The giant dolls, Dark Uncles, are doubles of existing people from his family and close friends. Like the tapestries and embroidery on display, they are full of intriguing details embroidered in cross and flat stitch.

Rommelaere (Belgium, 1986) graduated in 2013 as a fashion student from the Royal Academy of Fine Arts in Ghent. During his studies his preference for various handicraft techniques grew. Internships with the Danish designer Henrik Vibskov and the famous Belgian fashion designer Raf Simons made him realize that the fashion world was not the right place to let his ideas bloom. He chose art. However, textiles remained his medium. Initially, Rommelaere embroidered everything himself together with his grandmother. In the course of time he started working with his madams. These experienced craftsmen carry out much of the work he conceives and designs. His absurd and bizarre scenes are therefore the result of collective cross-stitch, crochet and knitting.

The exhibition Dark Uncles reads like a storyboard for a film. In the impressive procession with banners, flags and carpets, all persons who have meant something to the artist pass by. The countless embroidered details on the dolls refer to their characters and to memories and stories. Together they are ‘a remedy against forgetting’. At the same time, Rommelaere also explores his own past. He effortlessly interweaves these personal experiences and family histories with elements from contemporary life in Antwerp, fragments from arthouse cinema and contemporary Flemish folklore. Ultimately, Rommelaere builds a parallel world, a universe of its own. And it shows that he exists.