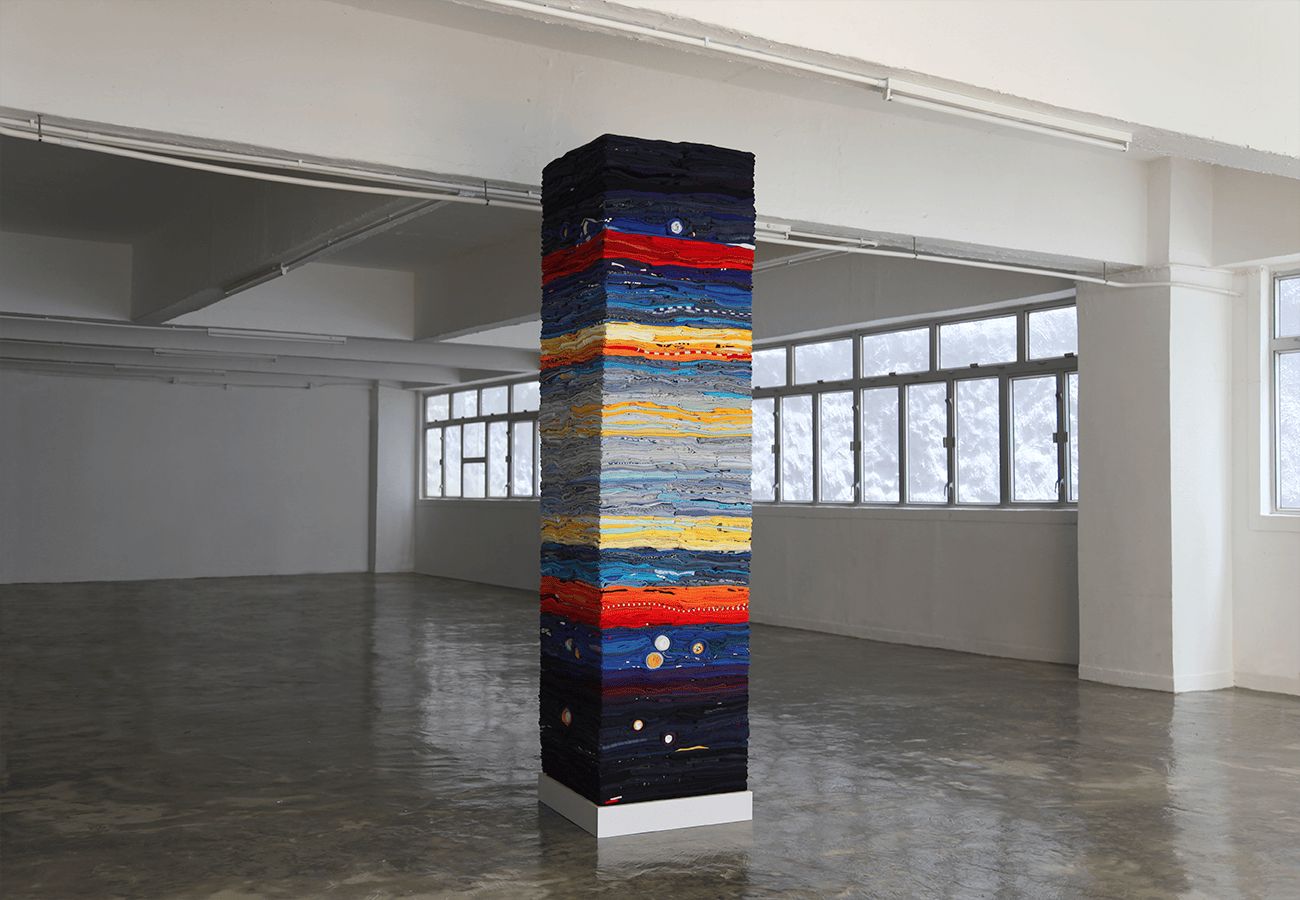 Derick Melander was born in Saratoga Springs, NY. In 1985 Derick earned his Associate Degree in Communications from Elizabeth Seton College in Yonkers, NY where he studied radio and film production.

Derick Melander creates large, geometric sculptures from carefully folded and stacked second-hand clothing. He sorts the garments by hue, color, value, or intensity and arranges them to create patterns and gradients. These works often take the form of columns, walls and enclosures, typically weighing between eight hundred pounds and two tons.

“As clothing wears, fades, stains and stretches, it becomes an intimate record of our physical presence. It traces the edge of the body, defining the boundary between the self and the outside world.

For me, the process of sorting, folding and stacking the individual garments adds a layer of meaning to the finished piece. When I come across a dress with a hand-sewn repair, a coat with a name written inside the collar or a garment that reminds me of someone I know, the work starts to feel like a collective portrait. As the layers of clothing accumulate, the individual garments are compressed into a single mass, a symbolic gesture that explores the conflicted space between society and the individual, a space that is ceaselessly broken and re-constituted”.