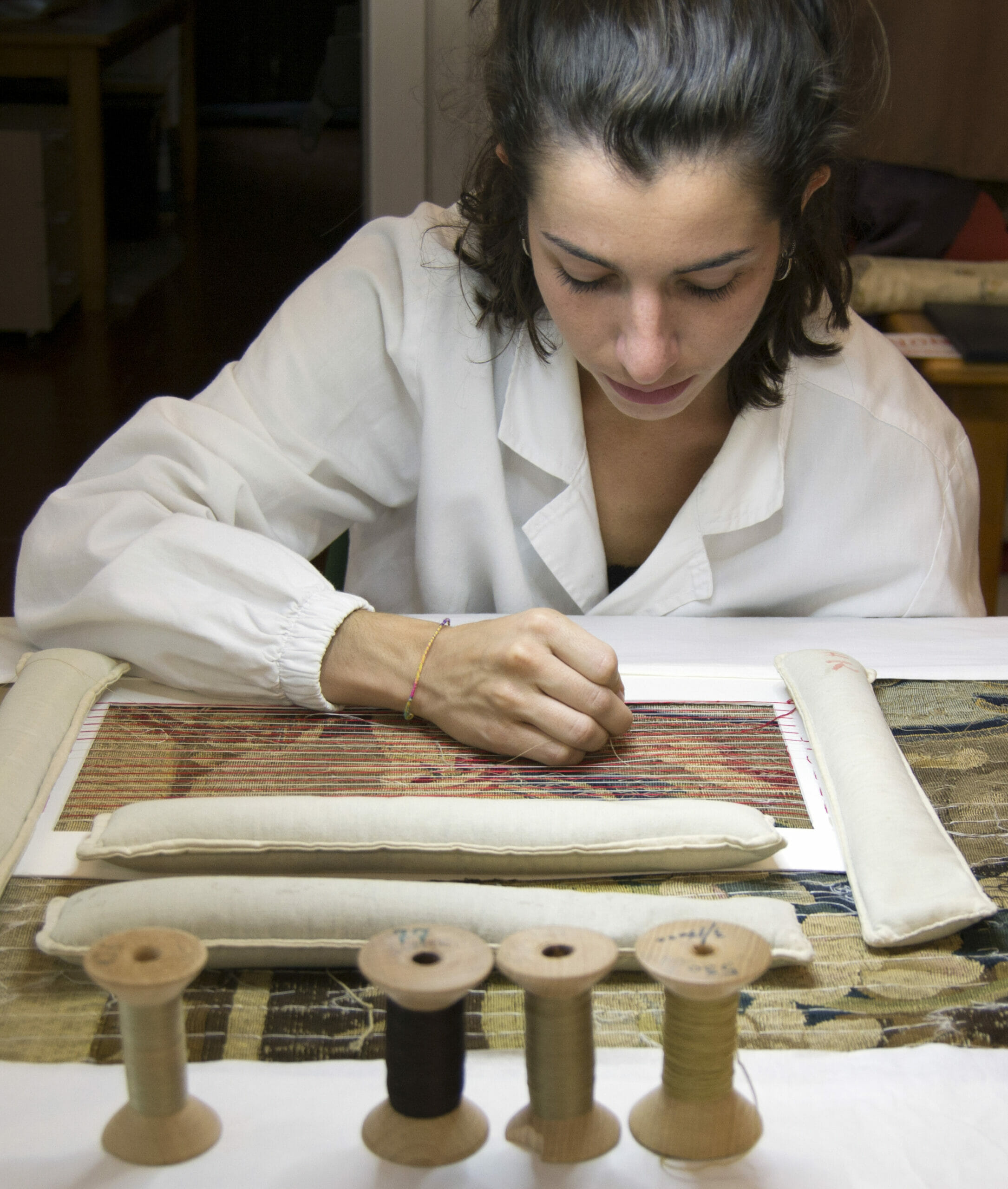 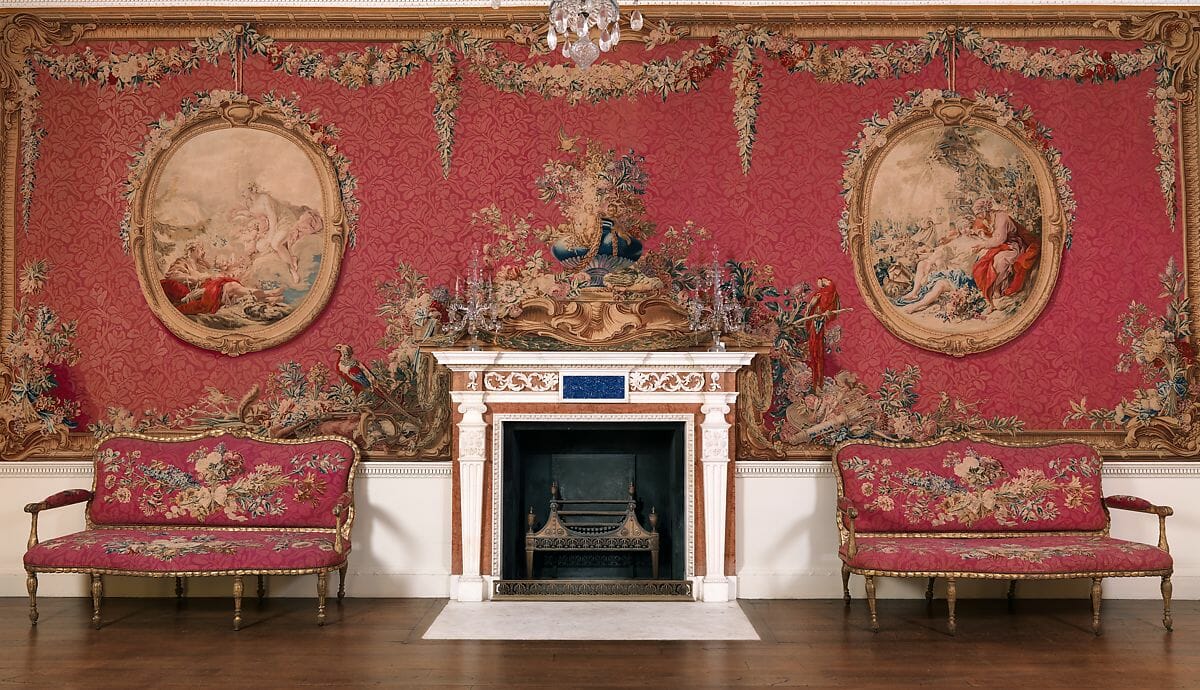 The term ‘tapestry’ indicates a woven wall covering of varying but often large dimensions, which may depict sacred or profane narrative scenes, plant, zoological and heraldic compositions, woven with the aim of insulating and decorating private and public environments.  The history of ‘tapestry’ has evolved according to the artistic taste of the patrons and the new architectural development of buildings and room furnishings, consequently taking on different formats and functions.

Appreciated as an artistic genre and by virtue of its mobility and adaptability, tapestry spread throughout the Franco-Flemish area of Europe in the late Middle Ages. Thanks to the promotion that great monarchs and merchant-entrepreneurs made of it to adorn their residences or as diplomatic gifts, this manufacture established a productive, leading position. The time between the 16th and 18th centuries was one of the most important in the history of textile manufacture, so much so that it became one of the leading commercial activities in various countries.

Tapestry is a textile work produced by several tapestry makers within a factory, according to a specific technique requiring looms and specific raw materials. This characteristic sets it apart from any other art object.

At a technical level, the tapestry is configured as a textile structure with a canvas weave, where parallel threads, called warps or chains, intersect perpendicularly with the weft poly-material threads, through complete passes extended by areas, according to the different colours in the model: the “preliminary cardboard”. The tapestry makers used different types of looms to produce the textiles, one type called “High-warp loom” (vertical loom) and the other “Low-warp loom” (horizontal loom or “calcola”).

The most commonly employed weft yarns were wool, silk, linen and, in some cases, gold and silver, the use of which changed throughout the tapestry’s history. The quality and morphological characteristics of these materials and the variety and stability of the dyes determined the work aesthetic and chromatic success. Generally, those willing to invest large sums of money sought to obtain ‘tapestries’ of great material and representative value, thus commissioning the execution of painted designs from great artists.

The designs were then developed by skilled painters, who provided the outline for the tapestry cardboard to be translated into textiles. The cardboard were real paintings, as large as the decorated cloth, executed in tempera on paper or oil on canvas from the 17th to the 18th century. Artists of various calibre were commissioned to implement them. The most famous were Raphael Sanzio, Giulio Romano, Agnolo Bronzino, followed by Baroque and Rococo masters such as Pieter Paul Rubens and François Boucher, to name but a few. Unlike painting, tapestry allowed replicas of the same subject, which meant that no distinction could be made between original and copy, as each new textile object was unique.

Although it developed in parallel with the “major” arts, the history of decorated textiles reveals similarities and discrepancies due to the specific nature of the craft and means of expression. Unlike other textile artefacts, such as embroidery, tapestry shows an affinity between weaving and figuration, matter and appearance: the decoration is not superimposed on the textile but is an integral part of it. The woven scenes are defined by decorative surface values, aimed at achieving full, solid effects and multiplication of details, thus enhancing the manual skill of the tapestry maker. To translate the pictorial model, the latter had at his disposal, until the 16th century, a chromatic repertoire reduced to a few basic colours. This chromatic variety was progressively enriched with infinite shades. In the 17th century, the exasperated search for pictorial effects undermined the essential expressive nature of these textiles, contributing to the gradual decline of the tapestry.