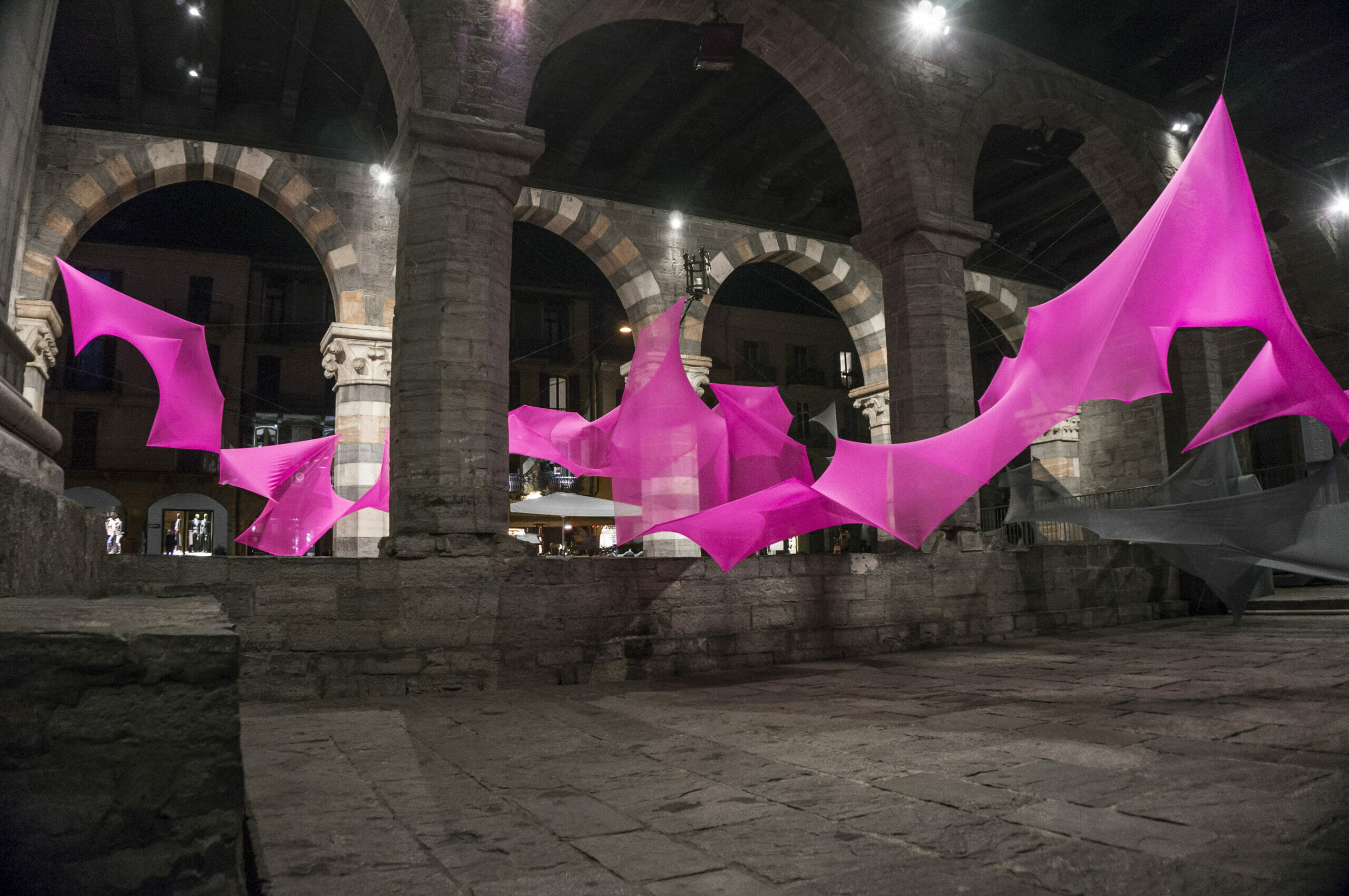 The exhibition in the spaces of Copernicus Central will remain open until 10 January 2021 with free admission. Entrance upon registration: art@coperni.co

The solo exhibition of the Catalan artist Nei Albertì is still on show these days and until November 20th at the Copernico Milano Centrale spaces.

Directed Tensions is a site specific  project, born from the partnership of Copernico and EFG Art Ltd. London, in the Viale Lunigiana gallery.

“Known for his big installations – which take origin from a deep thought on movement and on the power of expression of matter and texture – Nei Albertí has created a site specific intervention expressing the antinomy between balance and randomness in an original interpretation of force lines to reveal a new perception of space structure”.

The exhibition is part of Art Journey, the cultural project developed by Copernico that explores interconnections and assonances between the world of art, business and work.

Nei Albertí was born in Sant Feliu de Guíxols, Catalonia, in 1975, where he still lives and works. In 1998 he discovered his passion for sculpture by attending courses at La Bisbal Ceramic School in Girona. He keeps on exploring new materials such as iron, stone and wood in his studio, where he presents his first exhibition. His interest led him to the Escuela de Arte y Superior de Diseño in Vice, where he began to work with multiple techniques such as ceramics, forging, soldering, casting, molding, wax and plaster. He has participated in numerous solo and group exhibitions in Europe, in London, Barcelona, Madrid, Paris, Como, Istanbul (www.neialberti.com).

In an exclusive interview, which will be published in the first issue of ArteMorbida next October the 30th, Nei Albertì will tell us about himself, about the relationship that is established between the exhibition space and the artist and the way in which the environment and the art work dialogue in a dynamic dimension, capable of creating new scenarios in which the viewer is involved in an exciting immersive journey.
SUBSCRIBE NOW HERE!