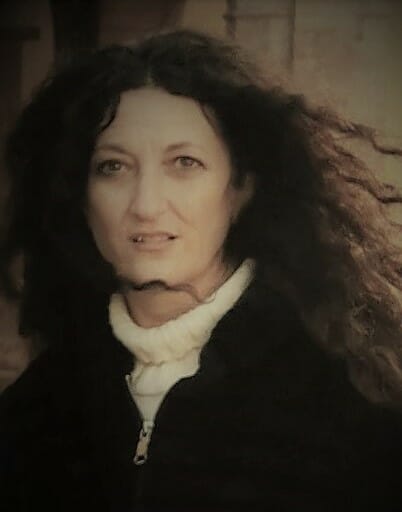 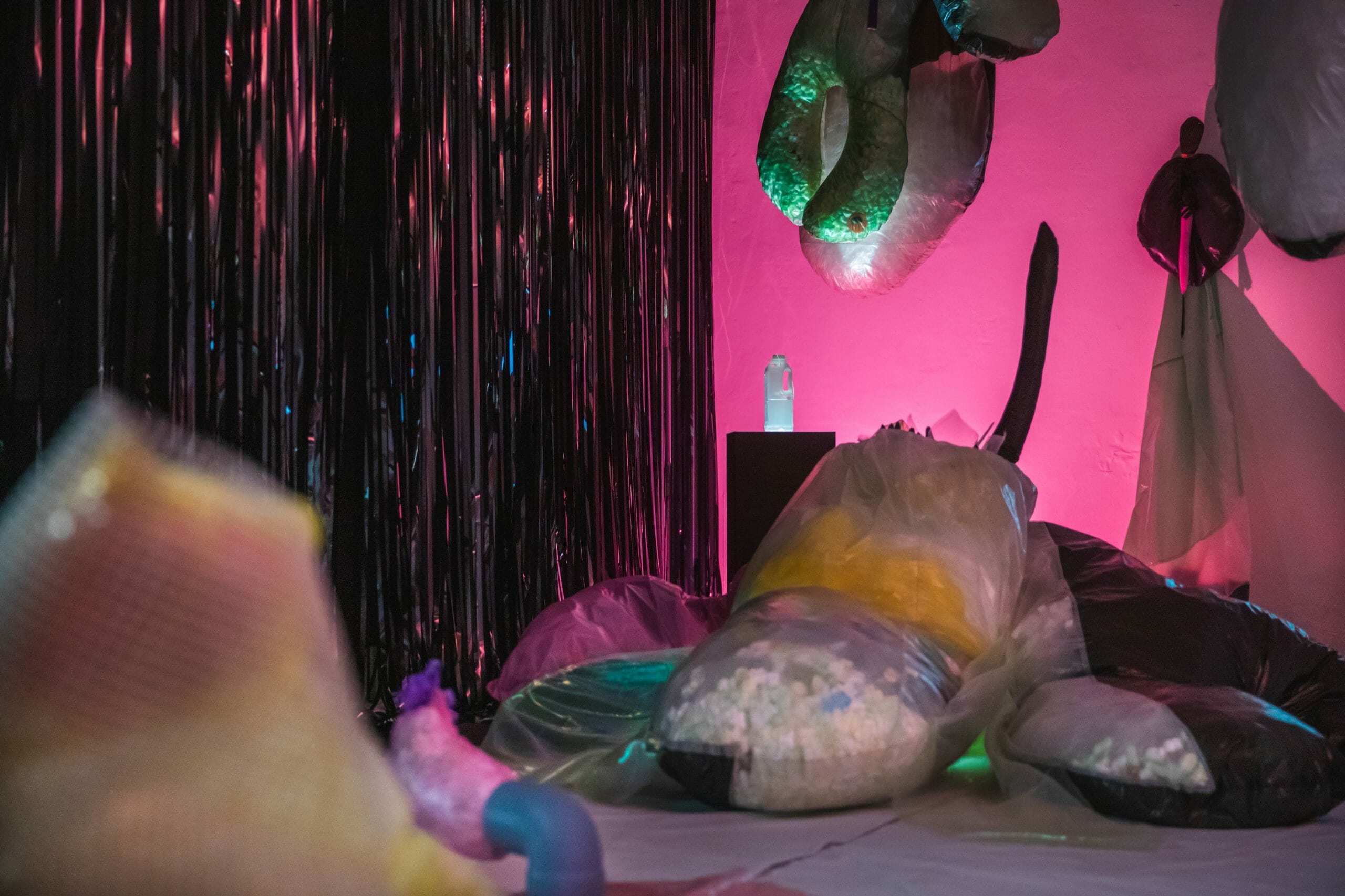 Instinctive, introspective, narrative, intuitive, sensual, ironic: Elisa Muliere (Tortona, 1981) lives and works in Bologna, where she develops a heterogeneous research, which ranges from painting on canvas and paper to the experimentation of other expressive forms such as installations, sculpture and editorial products, consistently pursuing her investigation of what she herself defines as the “complexities inherent in the human soul”.  Complexity, but also lightness, liberations and fragrances, in which she loves to enter in an introspective and visionary way, reconstructing an imaginary in balance between harmonies and contrasts.

For over a decade she has exhibited in various solo and group exhibitions, in Italy and abroad, and has been selected for various residences. She has published two artist books: Icaro must fall (2014, GRRRz Comic Art Books), presented in various spaces including the VII International Biennial of Illustration in Lisbon “ILUSTRARTE” as a finalist project, and My Kingdom (Edizioni Sido, 2018) a contemporary and feminine interpretation of Oscar Wilde’s most famous fairy tale “The Happy Prince”, in which the princess faces the reign of a complicated humanity.

But perhaps no less complicated could be the forms of existence that can be prefigured for the future, the subject of the most recent research, projected into a post-human dimension where – in line with the trans-disciplinary vocation of the artist – science and environmental awareness solicit conceptual and tactile construction of a new biomorphism, which evokes the fusion between natural and artificial. We meet her while she is working on the presentation of this new exhibition project.

In your work you habitually use different means of expression and – as you told me when I visited “clandestinely” one of your installations in the period in which we were still on lockdown – at a certain point the sewing machine almost accidentally entered among the tools with which you started experimenting with the use of plastic materials.  A dexterity that surprised and involved you more and more, while you were working on a project on the vision of the future, in a dimension suspended between art and science apparently very far from the recovery of tailoring and traditional techniques.  Can you tell us the genesis of this project and its interactions?

Iconoplast is a transdisciplinary research project, curated by Adiacenze (Bologna) and Anna Rosellini, on which I have been working with the video artist Sara Bonaventura since November 2019. Conceived starting from the meeting in London with Madelon Vriesendorp – Dutch artist and co- founder of the architecture studio Oma – and inspired by her recent series of Milk Bottles sculptures, real idols made from domestic waste plastic, the project took shape during an artistic residency activated by Adiacenze in 2020 within its premises, closed to the public due to the pandemic.

It tells, through a speculative narrative, of a post-human future in which the human species has been replaced by a new living species, born from the encounter between the microplastics present today in the waters of planet Earth with cells and bacteria

Called to confront an unprecedented material within our production such as plastic, Sara and I worked on the composition of an immersive installation consisting of video dematerializations, sculptural elements and assemblies. A perturbing, pulsating and colorful, curious world – profoundly distant from the bleak aesthetic typical of anthropocene narratives – which we hope will trigger in the visitor a lateral thought of reflection on their condition.

If Bonaventura tells the genesis of this new species, from my Iconoplast the emerged, the primordial neoform takes shape: large sculptures of sewn plastic film, filled with as much recycled plastic, adapt to the space to be occupied, each time with a specific site approach. Sprawling, soft, open in a vital momentum, they want to empathically welcome the public, creating an emotional short-circuit between fascination and disorientation.

The project will debut on 12 March 2022 at the Ronchini project room at the Caos Museum in Terni; the exhibition, visible until April 24, will be preceded by a further period of residence at La Romita School of Art. This will give us the opportunity not only to formalize the setting, but to collaborate with some companies in the area and with the HackLab of the Museum – which will support us in the design of particular sound and light effects through the use of Arduino and other technological devices.

I believe that Iconoplast’s strength lies in its transversal character: it is in fact conceived as an itinerant and ongoing project, to be developed with different formal outcomes, to accommodate a plurality of artistic contributions as well as other figures such as scientists, engineers, poets, philosophers…

Residency experiences are a very significant engine for contemporary research and often offer unprecedented opportunities for interdisciplinary interaction. How do you live them?

I live them as opportunities: to activate intuitions, contaminate mutual thought, go in depth. I am thinking for example of the Isola Comacina residence (July 2018) promoted by the Brera Academy of Fine Arts, in the company of Cristina Principale, art historian, curator and journalist and the artist Barbara Baroncini. An intense experience of meeting and exchange, full of poetry. Or again, the Prospettive project, conceived and curated by Adiacenze, in which I participated with Giulio Zanet in July 2020 in Spilamberto (MO): a work in synergy with the territory and its inhabitants, of historical and social investigation. The residences serve exactly this, to trigger a confrontation by mixing disciplines, philosophies, cultures and to change the point of view, operating outside our private studios. They are a fundamental tool for the formation of an artistic thought open to hybridization, to collaboration – so that our language can address contemporary issues with the intensity necessary to trace new paths of investigation into the future.

In all areas in which you operate – from publishing to painting, up to installation – you propose a work that probes the reverberations between the personal unconscious and the universal condition, enhancing female identity as a condition of sensitivity and strength, as we have seen done, in different ways, by many artists of the avant-garde … Do we still have to support it as a battle?

All my production has an extremely physical, contact root of work. It springs from an internal and low channel, of listening to the self and restitution. Movements of the body that are reflected on the material: in a pictorial gesture, in the fold of a ceramic plate, in the cut of a fabric. Soft, sinuous at times, pungent and disharmonious at others. Each piece then enters into a relationship with the others in an open dialogue – to compose a fluid choral.

You ask me if we still have to fight for emancipation. I wish I could say no, that it is no longer necessary – yet it is not. There is still a lot to do and to say for the affirmation of inclusive thinking and alliance, which leverages the overturning of dominant ideas. Also for this reason, in my production, I relentlessly focus on the concept of possibility.

To welcome, understand, change: patterns, conditions, moods. We are beings in transit, unstable in every fraction of life.

To a battle cry, however, I prefer a polyphony, which creeps between thoughts and takes up space. A chant that varies in rhythm and intensity, which keeps us awake, alive, excited. That knows how to tell us.