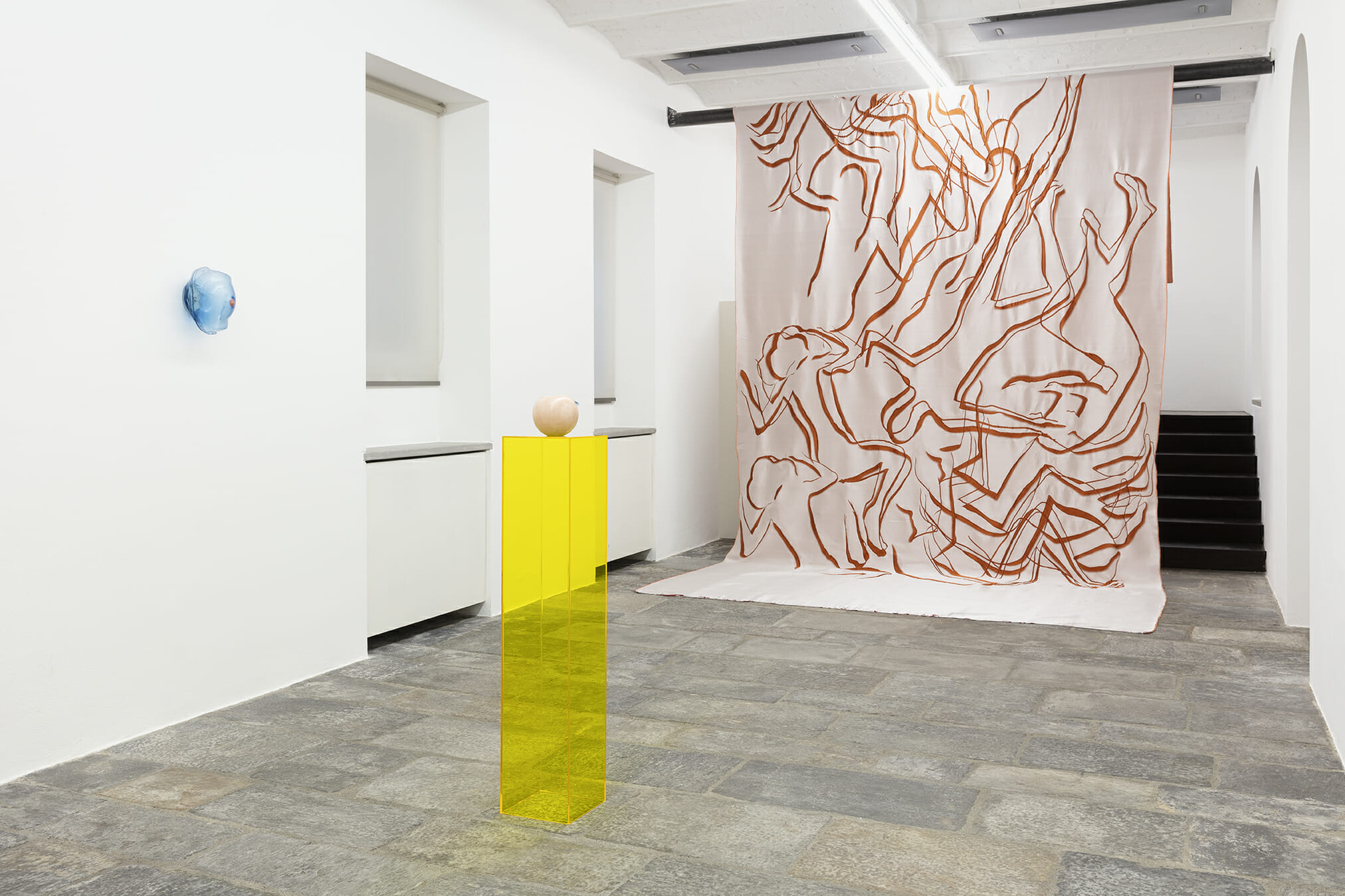 With the exhibition Rosa in mano [Handful Pink] of Nevine Mahmoud and Margherita Raso with Derek MF Di Fabio, from 10 September to 17 December 2021, the Fondazione Arnaldo Pomodoro presents the second appointment in the 2021 exhibition cycle of the Project Room, an “observatory” project devoted to the most recent developments on the international artistic panorama, this year entrusted to guest curator Eva Fabbris.

The set of exhibited artworks is a dance of positions and physical touches; between presences and absences, wholes and parts, Rosa in mano is an exhibition in which sculpture is offered as a celebration of the vitality of the body. The works on display have a marked tactile, even sensual quality, which is manifest in the choice of subjects and rooted in their executive nature.

In the wake of figures such as Niki de Saint Phalle and Alina Szapocznikow, the bodies become fantastic and vital, physicalisations of desire in which sensations mingle.

Nevine Mahmoud (London, 1988 – lives and works in Los Angeles) and Margherita Raso (Lecco 1991 – lives and works between Basel and Milan) both root their practice in a melee with materials and techniques: sculpted or blown works for one, works on a mechanical or hand loom for the other. Raso’s fabrics stand as works without a stable, pre-established form: surfaces of great tactile and visual quality that occupy spaces hanging from the ceiling, clinging to walls, resting on found surfaces.

In Rosa in mano Raso presents a new work: a fabric with a width of more than 3 metres in which the interest in the reproduction of the superimposed silhouettes of bodies takes on an animated, almost narrative direction, showing positions of verve and others that seem to be alluding to falls.

Raso’s motifs emerge from the interweaving of threads woven on a Jacquard loom, at times apparently abstract, at times more eminently figurative: in the latter case, what happens on each cloth is the appearance of a whole silhouette of bodies, repeated and superimposed in a rapid pattern that could be reminiscent of the movements of cartoon animation, or short sections of chronophotography. The material effect of the fabric, with its chiaroscuros, interplay of opaque-polished, the contradictory sense of draped weight and the impermanence of form, precedes and looms over the possibility, for the viewer, to recognize the subject.

Margherita Raso’s work was produced with the support of Clerici Tessuto & C. SpA.

Margherita Raso (b. 1991, Lecco) lives and works between Basel and Milan. Her interest in the Jacquard-weaving technique is a starting point through which she investigates the image, its texture, and its relationship with time and space. In a melee with the history of technique and the history of materials—with their geo-political implications Raso acts “from within” the tradition of textile production.