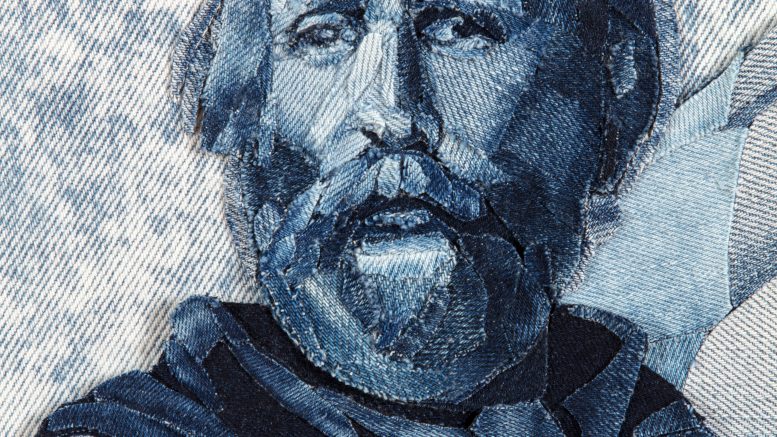 At the Museum of the Risorgimento – located in the birthplace of Giuseppe Mazzini – it is exhibited the work of the famous English contemporary artist Ian Berry “Garibaldi in jeans”, in homage to the hero of two worlds.
Made specifically for this occasion, it draws inspiration from the famous painting by Gerolamo Induno GARIBALDI A MARSALA (11 May 1860), oil on canvas, 1861, from the National Museum of the Italian Risorgimento in Turin, who kindly authorized the use of the image.

The artist who is known all around the world for creating original and detailed pieces of art out of just denim jeans was just in Italy to unveil a picture of one of the most famous Italians. Giuseppe Garibaldi is of course known to most Italians, but he was also an icon for the world and the ‘Hero of the Two Worlds’.

Famed for uniting Italy he was also well known for his Red Shirt and often Poncho, but here we see what he was wearing on his legs celebrated. In all the famous paintings of him marking the unification he would be seen in blue pants. They would be indigo dyed hard-wearing trousers, that would become to be called jeans. They may be a little different from what they are now, when Levi Strauss and Jacob Davis added the rivet, but the name stuck.

This is what Ian Berry, born 1984, was here to celebrate, Genoa, Genova or Gênes. The latter the French name for this great historical maritime city is where the name jeans come from. The pants when sent to France were known as ‘bleu de Gênes’, the blue or Genoa, and then when sent to England. Jeans.

Now the Municipality is wanting to celebrate this link and they commissioned the artist most known for working in this famous material to celebrate these origins. It was to be hung in the cities Museo del Risorgimento alongside many artefacts of the General, Politician and Nationalist.

Ian Berry who has been working with denim jeans for over 15 years and he ‘simply cuts and sticks’ many pairs of varying shades of blue jeans. He has also done portraits of other Italians from Giorgio Armani to Lapo Elkann. He showed his Ayrton Senna portrait using the late F1 drivers’ families jeans in Turn in 2015 as well as working with Luxottica to make a piece of Debbie Harry.

‘I turn down many portraits, they have to have a strong connection to denim.’

With so many years honing his technique he is the master of denim and people can often think they are painted until close inspection when you realise how three-dimensional they are. He uses layer upon layer of denim and so tiny pieces and crafts the material, so it blends into the next piece. There is no paint, bleach, or dyes, just pieces from the thousands of pairs of jeans he has in his Easy London studio.

The much-imitated artist is in much demand in London and international galleries with sell out shows as well as having lines of denim brands asking for collaborations, so it has been a big coup for Genoa to get this special piece.

‘I’m a romantic and love the connections with the history, beside it is a direction I am going in’ Ian added.

It is not only portraits that Ian Berry makes but detailed scenes like the home scenes of Behind Closed Doors that was a critical success and a basis of his last museum show in the Netherlands, Splendid Isolation at Museum Rijswijk. Large canvases that give the illusion that you can walk in. David Hockney is a fan. This latest piece of Garibaldi both had the mix of the portrait and the scene.

‘It was a great challenge to combine the two at what was for me quite a small scale. To do the face at that size is such a difficulty given the 3D nature and thinking of shadows. normally the portraits I do are large. I really enjoyed using the jeans for the background to hide that its jeans. It’s a challenge I make myself now, how to use the jeans to look like they are not.’

Indeed over the years he has risen to the challenge of how to depict how light hits things with only denim and jeans. Like the shiny polish bar tops of London pub interiors, or the way light hits each individual tile in a hallway to the shiny metallic surfaces of a launderette or tube car. With so many year’s experience he keeps on pushing the technique but he is more than that, his work speaks of social issues and the changing fabric of the urban environment and communities.

‘When I started there was no dummies guide to using jeans to make art, nothing to use as refence. I used to enjoy learning find new ways to use the fabric and while the first few years I would use part of the jeans to almost go ‘look this is jeans’ now I use those parts to almost hide that it is. I still am finding new ways. I think I may hide it too as I have become to know the denim industry a bit too much. It’s not the best industry and many of the people are cheap, of course not all, but on the whole their aim is to sell jeans, mine is to speak to people. My work isn’t for them, I started to use denim as it is accessible for all and speaks to all. You need not know all about denim to enjoy it.’ Ian said.

Indeed, this latest piece, and the wider project is to help regenerate the old town area of Genoa to use its illustrious past, to help its prosperity in the future. It would be interesting to see what that future brings.

His next major show is at Textil Museet in Sweden, The Nordics leading Textile Museums in Boras which is still home to many Textile Industries. The show runs from the 23rd October to the 1st May 2022. The artist was named a Top 30 artist under 30 in the world and has shown at many art fairs, galleries and museum around the globe but only when seeing his work in real life can you appreciate the brilliance of this still young British Artist.

You can see more at www.ianberry.art

*Jonathan Christopher is a award winning Dutch fashion designer working out of Amsterdam. He has won several awards including the first ever Global Denim Awards and also the European Woolmark finals in 215. He had worked with Karl Lagerfeld and now he is working on a new brand St.Ape, working how he worked throughout his career, using deadstock fabrics from high end designers, to make his collections. Garments are limited edition only as much as the fabric will allow to be made. 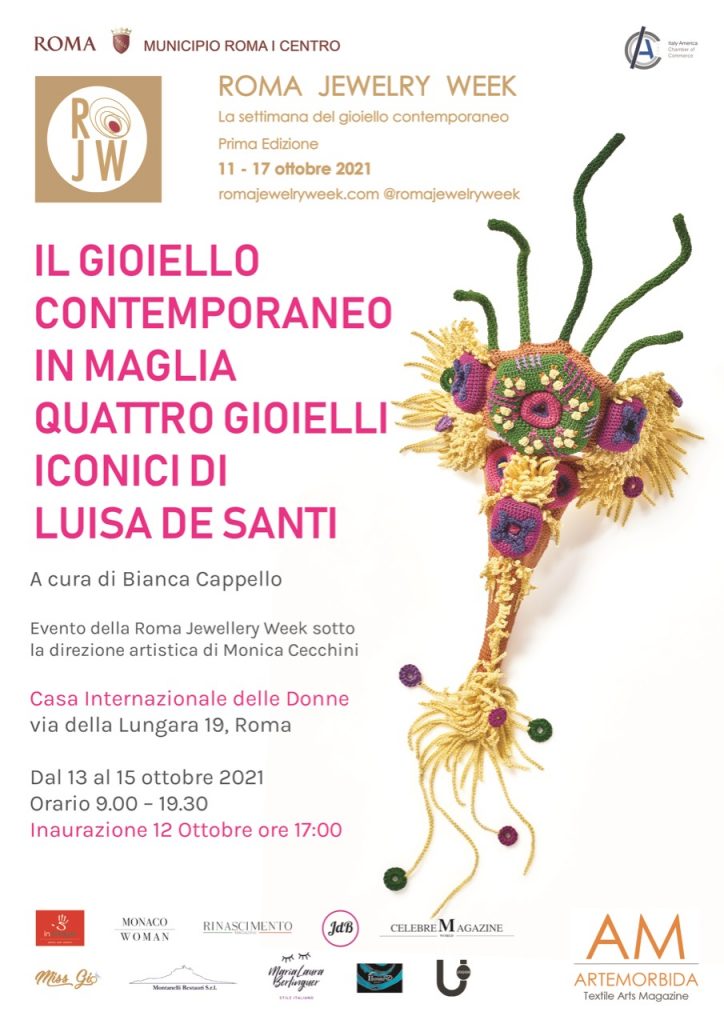