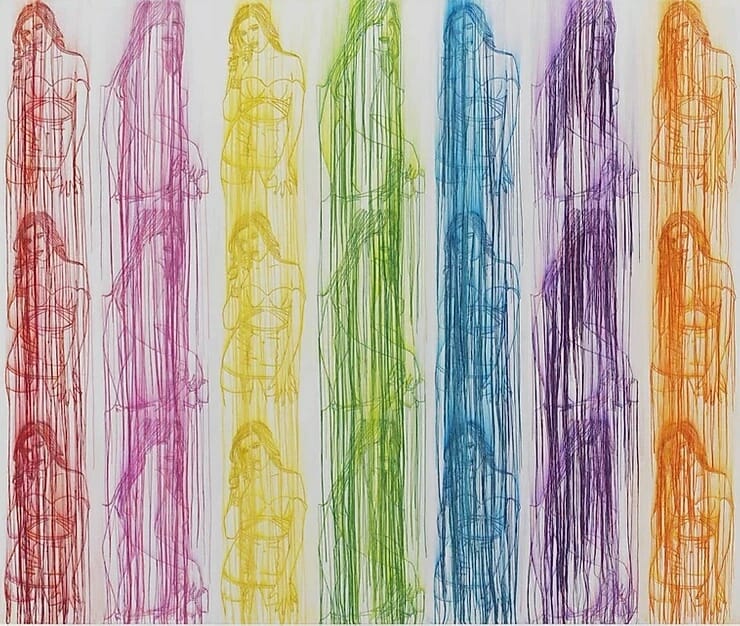 Ghada Amer was born in Cairo (Egypt) in 1963. In 1974, her parents relocated to France where she began her artistic training ten years later at Villa Arson, Nice, France. She currently lives and works between New York and Paris and has exhibited among others at the Venice Biennale, the Sydney Biennale, the Whitney Biennale, and the Brooklyn Museum.

Ghada Amer’s work addresses first and foremost the ambiguous, transitory nature of the paradox that arises when searching for concrete definitions of east and west, feminine and masculine, art and craft. Through her paintings, sculptures and public garden projects, Amer takes traditional notions of cultural identity, abstraction, and religious fundamentalism and turns them on their heads.