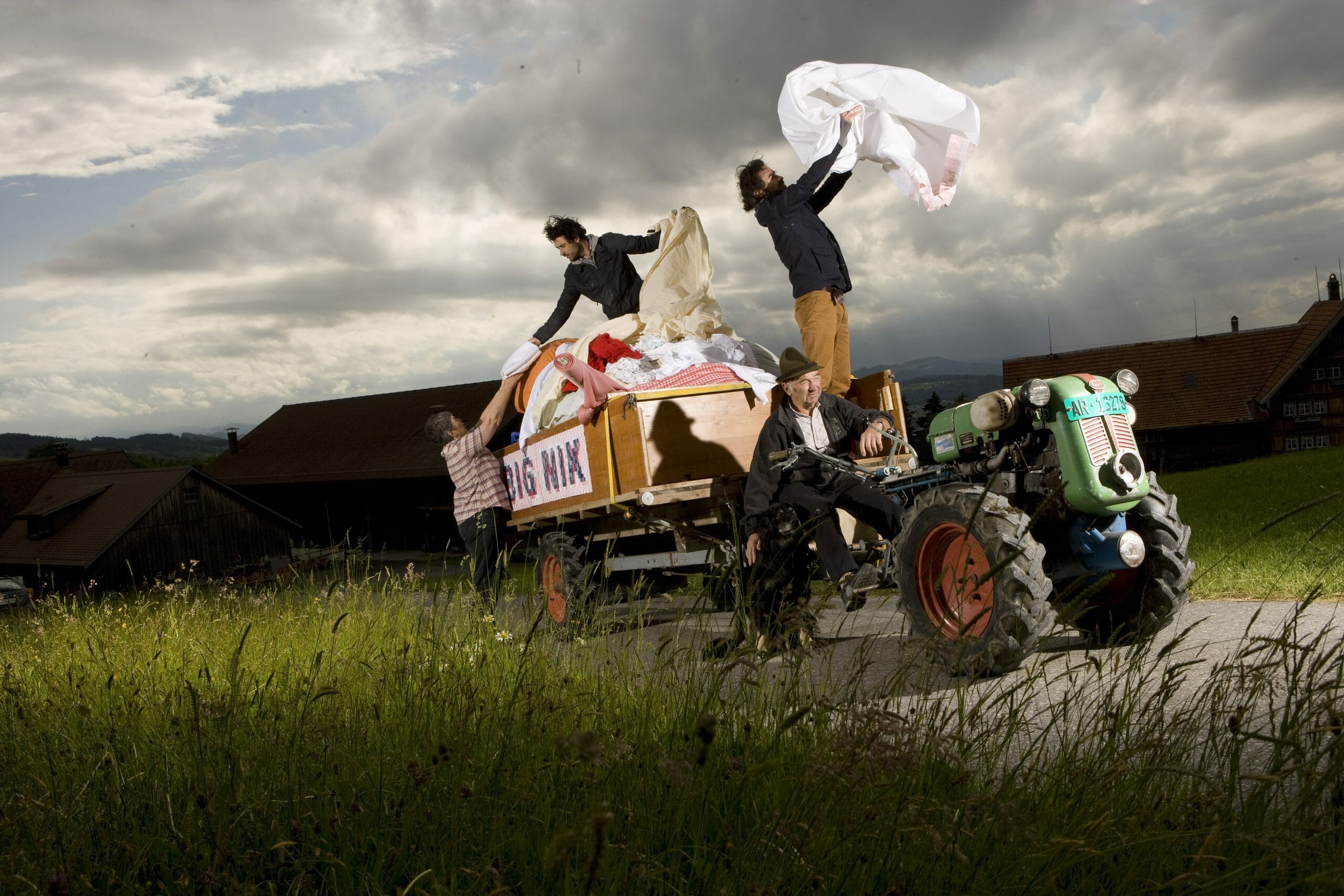 Stories of St. Gallen textile production from 1250 in Bignik

St. Gallen can boast a textile history that has spanned many centuries and has its roots in the Middle Ages. Its high quality justifies the fame of the St. Gallen linen; considered “white gold”, it becomes a myth that still persists today.

Conceptual and performative artists Frank and Patrik Riklin of the Atelier für Sonderaufgaben in St. Gallen collect textile traditions and give them a new meaning with the “Bignik“, a social sculpture that grows from year to year. In a free artistic interpretation, Martin Leuthold, himself an icon of contemporary textile design, combines the past and present of the textile panorama by creating a large-scale installation that will be visible at the Textile Museum in St. Gallen from  April 22,2022  until  January 29,2023.

Since the 13th century, linen production has been one of the main sources of income for the city and the St. Gallen region. Tens of thousands of people work with white gold: from the cultivation of the flax plant, through the spinning of the yarn, to the weaving, bleaching and finishing of fabrics.Corporations and city authorities check that the linen fabric meets the highest requirements at all stages of production. With a “G” they certify the origin (“St. Gallen“) – in some interpretations also the quality (“Gut”, “good”) – of textile articles intended for long-distance trade. When, in the 18th century, the linen sector declined, the textile region of St. Gallen began to reorganize itself: first cotton processing and later embroidery flourished.

The linen era ended centuries ago and with it the pieces of cloth spread out on the lawns to be bleached disappeared. Yet today the hills around St. Gallen are covered in fabrics again – at least from time to time. “To create together, for the entire population, a huge picnic tablecloth made up of 293,438 sheets, exactly as many as there are inhabitants of the region.”This is the vision of the brothers Frank and Patrik Riklin of the Atelier für Sonderaufgaben, who in 2012, in collaboration with the REGIO Appenzell AR-St. gave birth to the “Bignik” project and since then they have started rolling it out in various places in the region year after year.

After 10 years of gathering and sewing, in 2022 the city of St. Gallen will finally be the exhibition venue: red meets white, economy meets culture, history meets life. For the occasion, the Textile Museum of St. Gallen presents the exhibition “GUT – The principle is white gold“, in which the past and present of the textile panorama come together in a collective visual work.