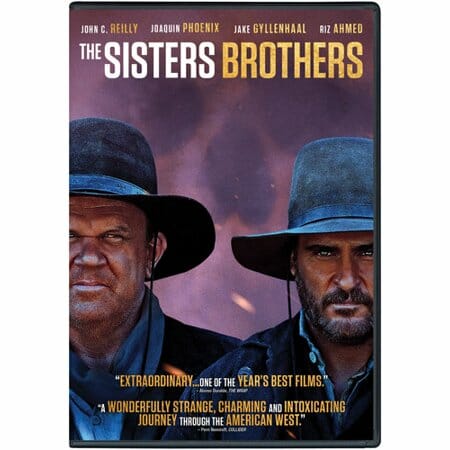 A movie, why a movie? What does a movie have to do with our patch-quilting chit-chat? Find out here!

I went to see this movie and it left me disoriented. A Western which doesn’t have any affinity with the genre.

It is a very violent story: two brothers, the youngster is the most violent of the two, the other dreams of returning home, they are both bounty-killers, paid to kill and they almost seem to like it. The interpreters are Joaquin Phoenix and John C. Reilly, both great! The director is Jacques Audiard, and the movie is based on the novel by Patrick Dewitt.

I am not going to tell the whole story, you might want to see the movie, but I would like to tell about a scene that really struck me. At the end of the story the two brothers return home and after a vehement scolding of their mother go to sleep on the same beds that saw them children, on which two historical quilts triumph, certainly belonging to a private collection or to an American University. I would see the film again only for those two final shots.

In films made in USA there is always a quilt, like probably in every home. A quilt always figures in Woody Allen’s movies and I could mention many others…