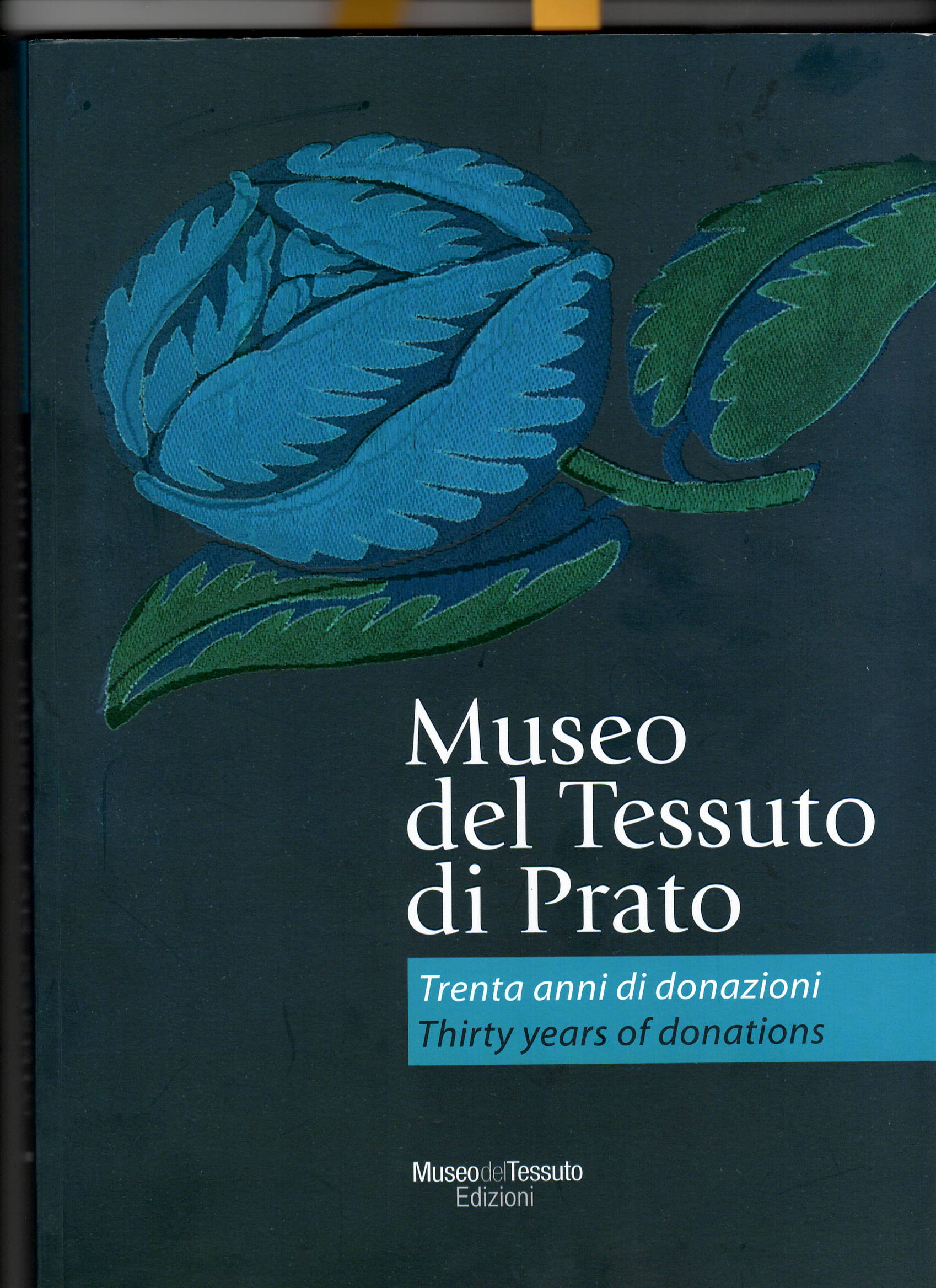 Prato, is a “big village”, at the gates of Florence, on the road to Pistoia. Closed inside the fourteenth century circle of walls, washed by the waters of the poetic Bisenzio (1), even if it can not compete with the regional capital, it is an interesting city from many points of view.

Statistics show that it is the most foreign city in Italy, thanks to Chinese immigration, which has created a consolidated community here.

But this aspect of the city would take us away from the chosen topic the “Museum of Tissue”.

Without forgetting some precious artistic beauties, which deserve attention, Prato intrigues us and it is interesting because its history is closely tied to the tradition of working and the reuse of fabric and wool, for this they called it the “Manchester of Tuscany”.

From mid-nineteenth to mid-twentieth century Prato was the capital European of the market of rags: here is a brief explanation.

I did not find the name of the one who came up with the brilliant idea, for sure here there were the basics for it to happen. The wool called “regenerated or mechanical” originates from the ragging of clothes, fabrics and tailoring scraps, which were collected around Italy. Packaged in bales formed by pressed and mixed fabrics in bulk, they were brought to Prato where the procedure began with the sorting and selection of rags. The first operation was to classify them by quality and fineness of the fibers and then by color or a prevailing color range: I quote some classifications because they seem pretty: “aviation, railwayman”, a reference to the respective uniforms, “flag”, the bright greens, “Rossino” those mixed colors difficult to select. From the clothes are removed linings, padding and buttons (I dare not imagine what happened to them). The figure of the “cenciaiolo” takes shape, a term that is not denigratory but an indicator of a precise professionalism, acquired through experience and which, with its precise tact, classifies the fibers more and more accurately. After the Second World War, Prato became the center for the collection of important rags on an international scale and those selected, divided and classified rags return to being fabrics and take the road to foreign countries. Everyone knew “the Prato wool”.

This tradition and competence has given birth to an important school, which will not disperse the wealth of knowledge and culture acquired over the centuries. The Technical Institute “Giulio Buzzi” remains its heir and its program is aimed at spreading the historical heritage of Prato on the techniques of weaving and dyeing yarns and fabrics.

520,000 spindles and 15,000 looms still present on the territory provide job opportunities and are, in perspective, an enviable wealth and which, I might say, should be and become an attraction for artists, creators, innovators of textile art.

Today the decadence of industrial development, widespread throughout Italy, has removed Prato’s record. Nobody collects more bales of hand-me-downs, the used is sold in the markets dedicated only for this.

There are no more “cenciaioli” but this has not changed the interest for this matter, and Prato, mindful of the tradition to provide fabrics to the world, has been able to transform those who were workplaces in places of memory and culture.

The ex “Cimatoria Campolmi” (2) is an old architectural complex inside the great medieval walls. The various parts of the building consist of two floors, around a large courtyard with a pool for collecting water and a 50-meter high chimney that rises above the rooftops. Here, industrial archeology puts itself at the service of culture and houses the Textile Museum. A challenging title, but the editors knew the subject well.

The visit begins with a close and direct contact with the subject in question.

Here you can learn, as in a manual, the provenance, consistency, appearance of all the fibers derived from plants and animals. I imagine schoolchildren who can finally verify the texture of the fibers to the touch, because it is allowed to touch!

It continues under the vaults that show the ancient structure of the roof of wood and bricks inside the real Museum. Here are exposed the historical collections of fabrics linked to the world of Art, the most ancient. Together with the fabric sample you can admire the reference paintings.

Inside the Museum
industrial archeology is combined with art

Antique fabrics from various parts of the world in fascinating colors The Orient is blue. (Photo below)

A large steam boiler made of bricks and iron, perfectly restored, a piece of history, was producing energy and water vapor and feeding all the machinery.

The fabrics produced in Prato and Pratese even today, are present in the contemporary section, created in collaboration between 150 textile companies in the area, who are then responsible for the international “Prato Expo” event.

An institutional aim of the Museum is to disseminate and make known the material of the Textile also with numerous themed exhibitions: those more related to the contemporary, have included the designers, the Fashion Houses as the Tirelli Sartoria that has organized an exhibition here, with his archive of costumes for the cinema; others with the intent of rediscovering even marginal and complex craft activities: embroidery, patchwork, natural dyeing of yarns and fabrics, felt, etc.

On permanent display there are the catalogs of fabrics: example the Tartan: the romantic tradition – The Scotsman: a fabric, a cultural identity and then: Jeans! The origins, the American myth, the made in Italy. A real story of fabrics and costume.

In the thirty years of activity the Museum has become famous throughout Europe in promoting and innovating the interest in Italian textile art.

On the sidelines of the visit, I would like to mention the presence of a beautiful temporary exhibition, Le “Macchine per la tela di Leonardo”. What could not that genius of da Vinci build? A beautiful setting, suggestive and treated in detail, even the music.

I discovered that there is a link between the Da Vinci and the designs for the decoration of clothes. A theme that often returns in his paintings “I nodi Vinciani”. The hem of the Lady’s dress with an ermine is an example. And it is present in this museum in the part dedicated to the ancient.

Beautiful subject, a separate theme. A Museum, this in Prato, really important to study!

The visit is over, I hope that a bit of curiosity has come, I continue in my search for textile places, for the next trip I think I will stay in Tuscany.