KEVORK MOURAD: The Ties that bind us 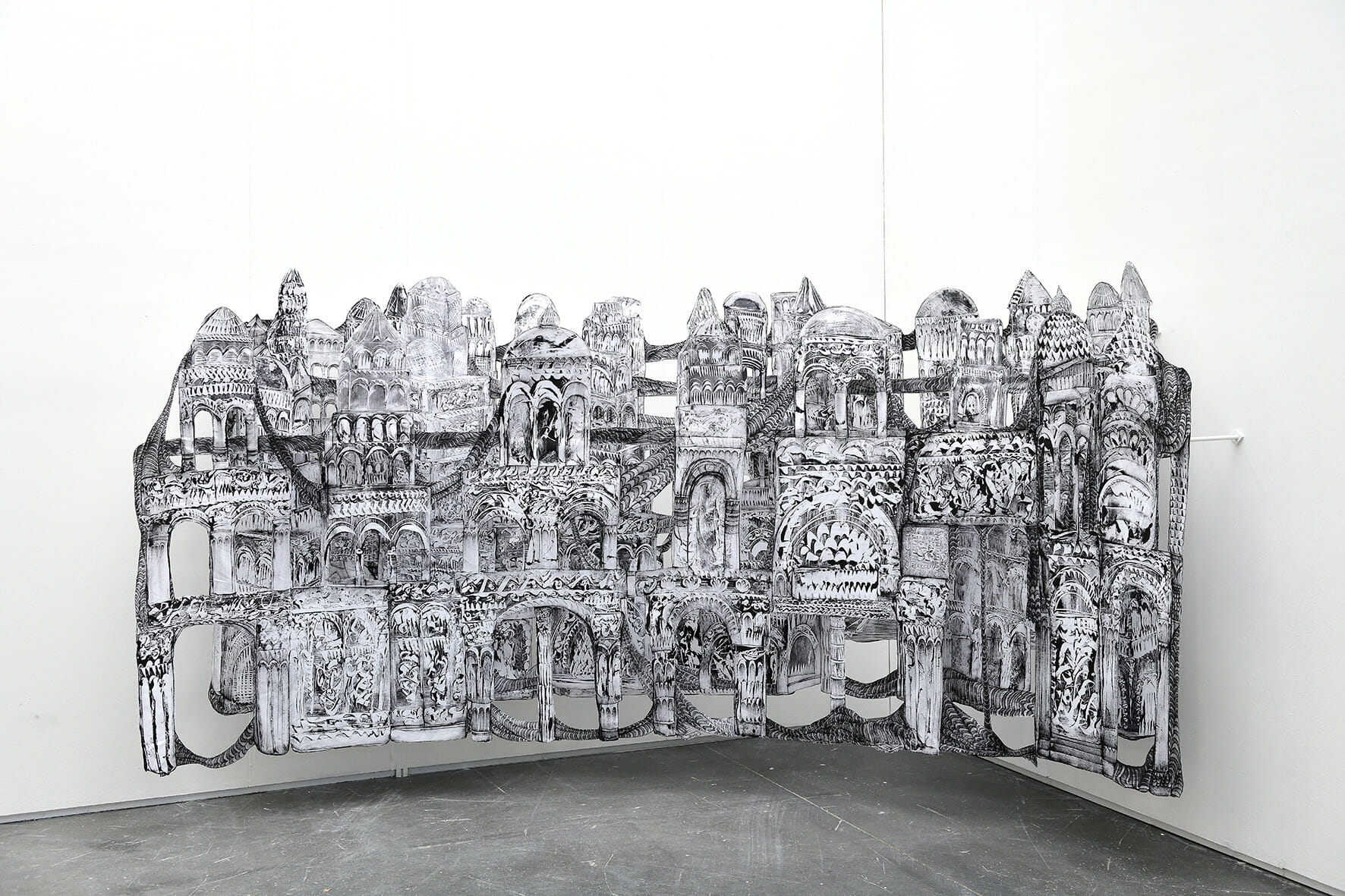 Studio la Città, Lungadige Galtarossa 21, 37133 Verona
until February 5, 2022
Monday 2 to 6pm, Tuesday / Friday 9am to 1pm and 2 to 6 pm, Saturday 9am to1pm
Access to the exhibition and guided tours by reservation only

Kevork Mourad returns to Studio la Città with an exhibition that presents his artistic production in the round: from large scenographic works to the smallest three-dimensional works in fabric.

Mourad, who has been living and working in New York for some years, was born in Syria of Armenian parents: his origins play a fundamental role in his poetics, intimately linked to the beauty, but also to the tragedy, of those places rich in culture but also devastated by centuries-old wars.

In the works on display, whether they are large installations, works on ink painted fabrics – cut out and assembled in multiple levels -, monotypes, drawings, what strikes the viewer is the immersion in a world that no longer exists.  Its cities, its monuments, often inspired by the stories told by his ancestors, refugees from the Armenian genocide, allude to calligraphy, the intertwining of oriental fabrics and the ancient architecture of torn cultural centers such as Palmyra, Bosra and Aleppo. The artist’s will, however, is not to stage a melancholy memory of his homeland, but the hope of suggesting a life force that survives and transcends its ruin.

On the occasion of the finissage of the exhibition, Saturday 5th February 2022 at 11 am, Kevork Mourad will show his drawing technique live to the public (reservations required by Tuesday 1st February 2022)

Kevork Mourad was born in Qamishli, Syria. Of Armenian origin, he holds a Master of Fine Arts from the Yerevan Institute of Fine Arts in Armenia. Lives and works in New York. Mourad is a member, as a visual artist, of Yo-Yo Ma’s Silk Road Ensemble. He has performed and exhibited at the Brooklyn Museum of Art, The Bronx Museum of Art, Rhode Island School of Design, Harvard University, the Morgenland Festival, the Nara Museum in Japan, the Art Institute of Chicago, the American Museum of Natural History, the Metropolitan Museum of Art, the Agha Khan Museum in Toronto, the MuCEM in Marseille, the Institut du Monde Arabe, the ElbPhilharmonie in Hamburg and the Asia Society and Museum in New York.