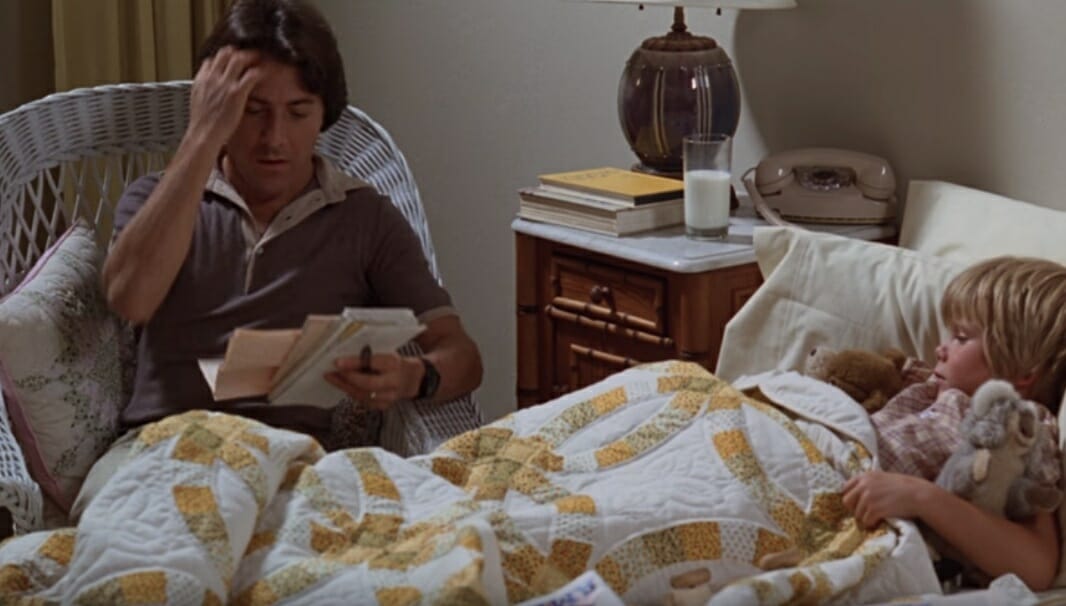 Meryl Streep and Dustin Hoffman, two great actors, still very young but not first-time actors, directed by Avery Corman. The film dates back to 1979, a family topic that is much under discussion, the custody of a child after separation. Still valid issues. The film resists the passing of time.

The story takes place in New York, Ted (Dustin Hoffman) advertises in the most chaotic city in the world, his wife Joanna (Meryl Streep) is fed up and needs her space, she wants to find herself and leaves home leaving her husband to deal with their son Billy. He is unprepared, knows nothing about how to do it, the child is his teacher and their morning routines and the races to get to school on time, are the funniest of scenes.

A very strong bond is created between the two and the father, who at first plays it cool, understands that the presence of his child makes him happy, Billy becomes his priority and he understands how much his life has changed for the better. After many months, when Joanna returns, she finds her child’s affection still vivid and wants him back with her. The solution comes through a legal battle for custody. Of course the child’s custody is given to the woman. Ted does not want to give the boy up, however, he does not appeal, for not having to bring Billy to court before a Judge. Joanna will eventually understand that what her child needs is his father more than anything else and will give up taking her son back.

The sequence from the film where the quilt mentioned in the titles appears is the one in which the child, frightened by nightmares, bypassing his father’s resistance gets into the double bed and the two wake up together the next morning.

Small note:  Watching a film with Dustin Hoffman in his original voice is surprising, without in any way playing down his dubbing actor’s skills, this talented actor has such a deep tone to his voice, as to make a bass voice envy.