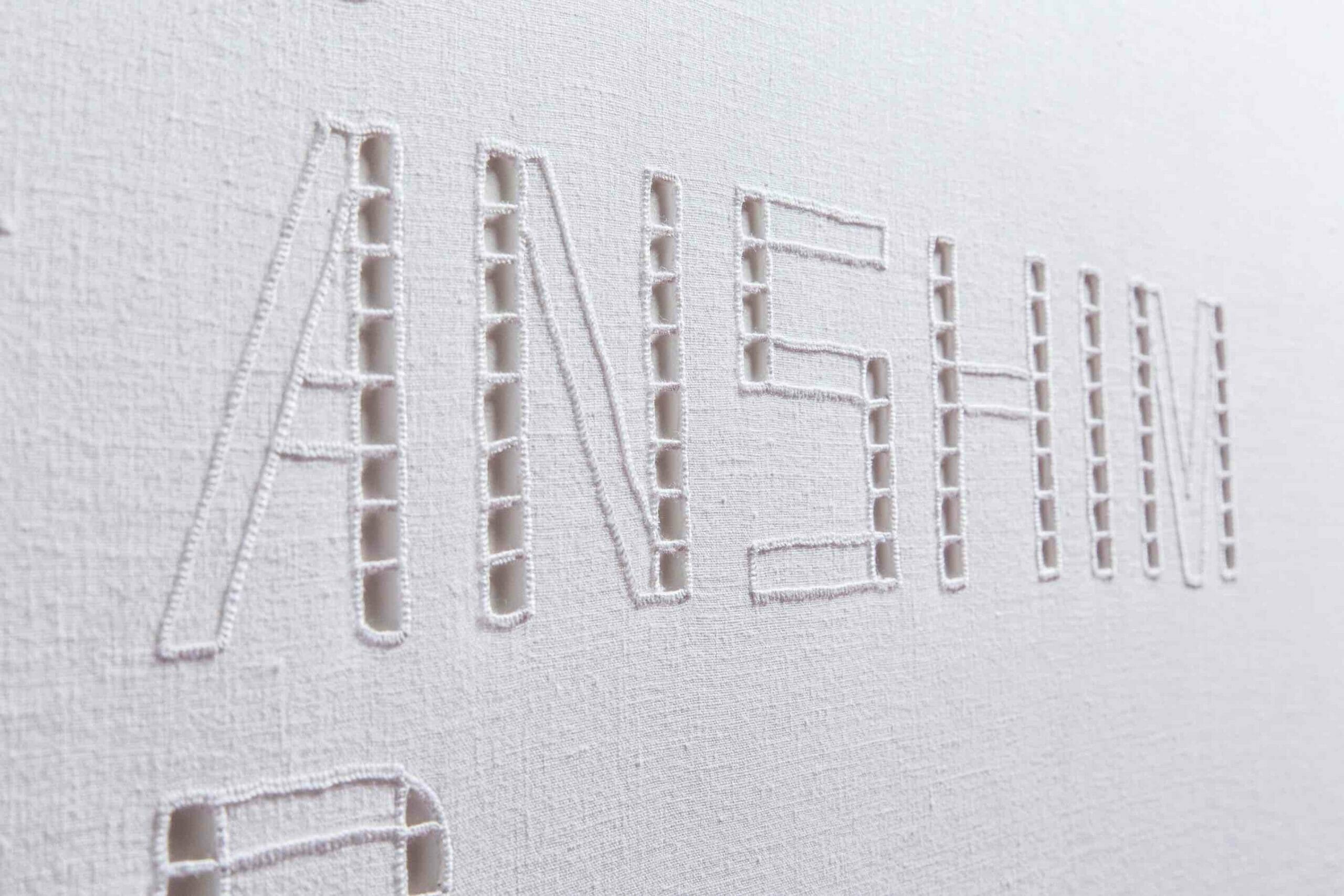 I leaf through the catalog of the exhibition that Stefano Boccalini (Milan 1963) has in progress at the Maison Tavel / Musée d’Art e d’Histoire in Geneva (exhibition that will remain open until June 27) and I see dozens of photographs that frame industrious hands, images of women weaving small pieces of boiled wool on old looms or embroidering a white linen cloth with intaglio stitch.There are glimpses of workshops where some men weave twigs of willow and wicker or dig with gouges and awls in the hard walnut wood. At the center of those shots is all the knowledge of an ancient craftsmanship that now risks getting lost, overwhelmed by a cold and flat technology, engulfed by a world that loves speed and that does not understand the poetry that exists in the long hours spent in an uninterrupted dialogue with a material, in the atavistic rituality of gestures capable of forging the art of tradition.Young hands work side by side with expert hands in a game of skill and wisdom. As in a new Bauhaus, Boccalini has given new life to a community where traditions do not want to be synonymous with nostalgia but, as the artist himself says, “a gateway to the future”.In fact, it is perhaps reductive to limit Stefano’s project to the beautiful Swiss exhibition (well deserved as the winner of the eighth edition of the Italian Council, a program to support Italian contemporary art in the world, promoted by the Ministry for Cultural Heritage and Activities and for Tourism and created in collaboration with Art for the World Europa), because the work on display is the result of a long journey made with a whole community, that of Monno, in Val Camonica.

The work kicked off with a workshop that involved the children of the town, who were told the meaning of about one hundred words taken from many linguistic minorities in the world and that are untranslatable because there is no corresponding word in other languages, therefore they can only be explained: for example dadirri for the Australian aborigines means quiet contemplation and deep listening to nature.

Working together with the children, approximately twenty words were then selected that have to do with the relationship between man and nature or with the relationships that exist between human beings. Finally, the words were submitted to local artisans to understand which could be the most suitable to be transformed by their skilled hands into artistic artifacts.  At last nine were chosen, with languages ​​ranging from Finnish to Hawaiian, Arabic to Korean and have become the material on which the artisans have worked, each supported by two young apprentices selected with a competition notice promoted by the Mountain Community. In short, a real creative campus ready to make words with things in an era in which “words have become a real instrument of production and capture of economic value – explains Boccalini – and have always assumed a dimension more important within the social context “.

Ultimately, the Geneva exhibition, curated by Adelina von Fürstenberg, is not only the cultural and manual expression of an eco-sustainable community, but is above all the result of Stefano Boccalini’s artistic journey who has always moved between conceptual art and public art and which  still has shown how rooted and fundamental the relationship between the artist and the society in which he lives can be.The objects born from this experience are therefore exhibited in the rooms of the Maison Tavel: a refined white embroidery with three words quilted and mounted like a painting; two words carved in walnut with geometric precision; five letters intertwined as if they were baskets or panniers to compose the word ohana, which in Hawaiian means family, but including everyone in the original nucleus, including friends and relatives; finally three pezzotti, or three typical carpets of the Valley, made with hand-loomed fabrics, on each of them  a black writing on a blue background is legible. Of the three it strikes me that orenda, in Italian, if it had an extra “r”, it would have a negative connotation, but for the North American natives is instead the human ability to change the world against an adverse fate.