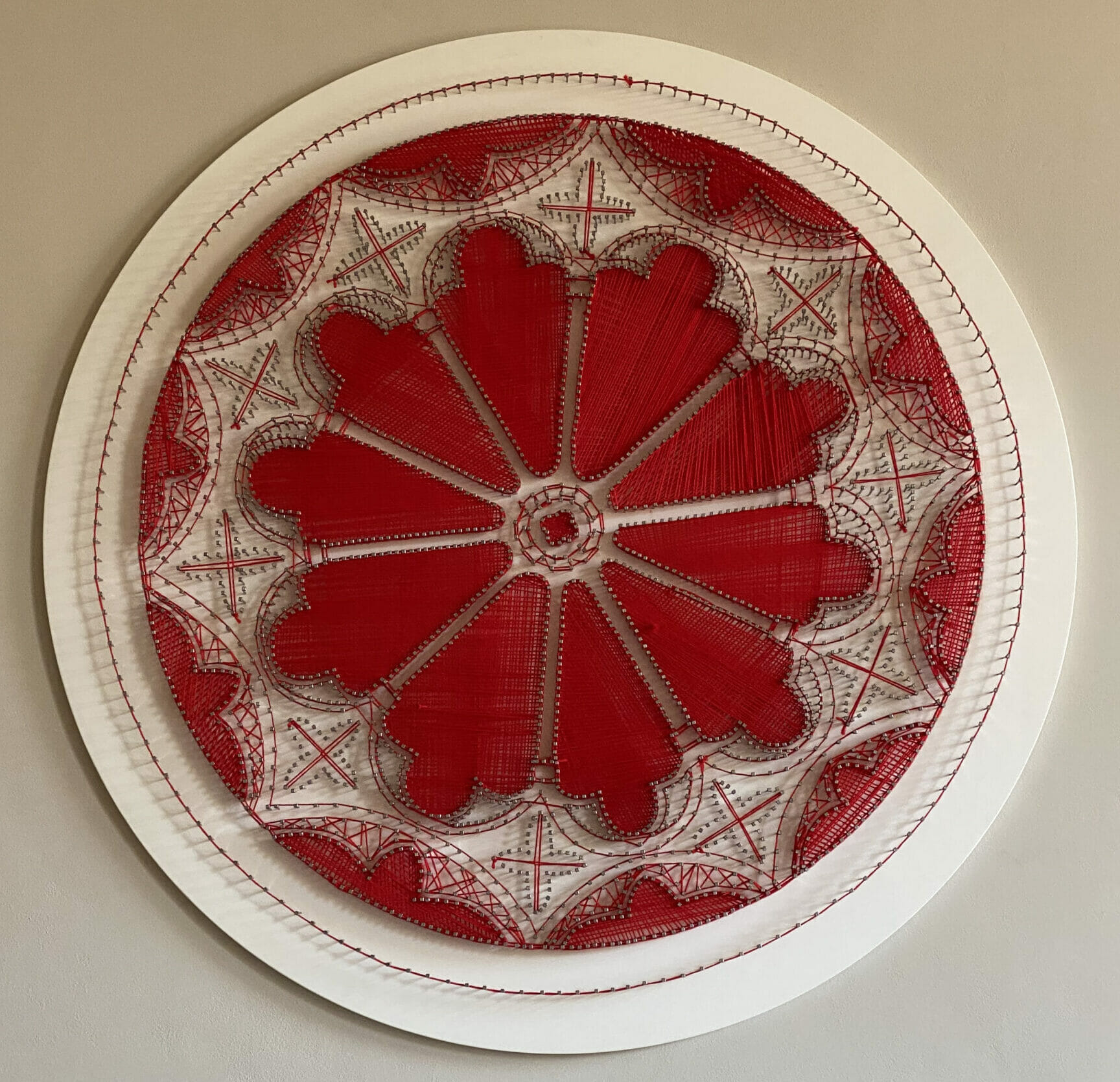 The exhibition season of Studio G7 continues with Time Zone, Letizia Cariello’s first solo show in Bologna. With this new project, curated by Leonardo Regano, Cariello explores the thin boundary between internal and external space, both understood as characteristic of human nature. The artist investigates what binds the physical body and the spiritual body, managing to highlight an occult anatomy of the being that results in perceptual potential, a research inspired by the principles of Spiritual Geometry, theosophical and Neoplatonic theories

Seven Volumes make up the large wall installation; arranged according to a stellar pattern that traces a map of the sky witnessing the moment of encounter between Jupiter and Saturn, the Volumes ideally represent the interaction between the seven different subtle planes of human nature, explored here according to the individual colors that make manifest the bright radiation .A marble disc is placed on each Volume following the tone gradation of the polyhedron itself; the calendar engraved on the marble surface links the perception of terrestrial time, in its various time zones, both to an archaic ego time and to the ethereal world. The concept of time, understood as control over existence, is annihilated in the confrontation with the unconscious and the uncertainty of a spiritual world that can only be perceived.

The installation is reflected in the site-specific work Sistema Sottile, a wall embroidery that the artist creates for the first time with threads of different colors, linked to construct a geometric figure that incorporates the pattern of the Jupiter-Saturn conjunction.