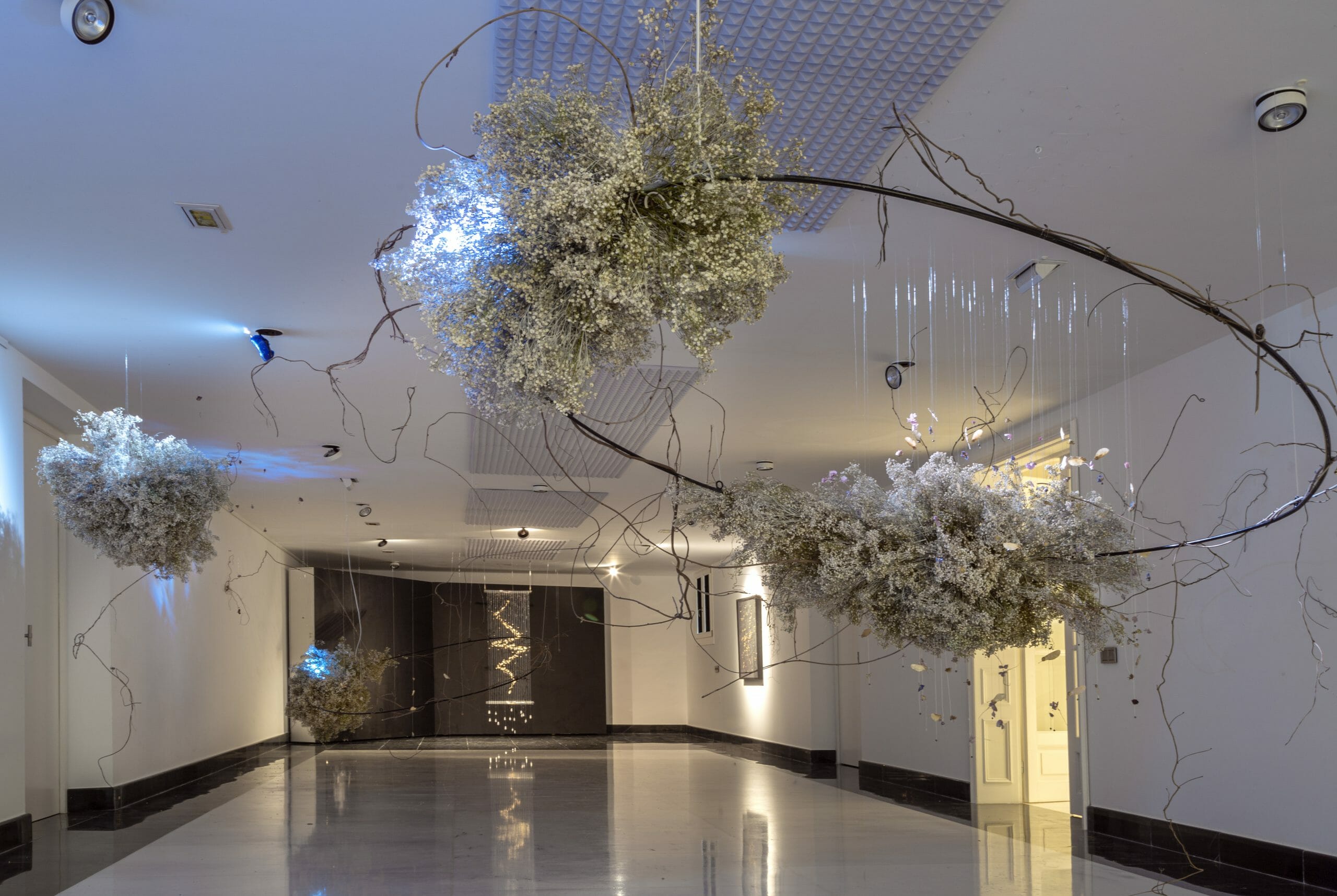 Frontiers of earth and light

The exhibition can be visited at the Isolina Arbulu Gallery in Marbella.
VISITING HOURS: Monday to Friday from 10am to 2pm, afternoons and Saturdays by appointment.
LOCATION: Urb. Cortijo de Nagüeles, 1E (Marbella, Spain)

Frontiers of Earth and Light brings together the recent works of Lola Guerrera and Paula Valdeón Lemus, two young Spanish artists with an inquisitive gaze who, starting from the intimate, manage to represent universality and make us reflect on the ephemeral and circumstantial nature of our own borders.

This new exhibition at the Isolina Arbulu Gallery in Marbella welcomes us with paintings and ceramics by Paula Valdeón (Badajoz, 1992). In her series “Eliminating the earth” the artist continues her exploration of the decorative designs, patterns and colours of dwellings, in this case focusing on the indigenous villages of the San Cristobal de las Casas area in Mexico. The artist plays with shapes, colours and spaces of the places, including motifs from her mental map. Paintings and drawings based on the culture of these indigenous villages emerge, giving prominence to nature. The resulting pieces are a conciliation of opposites, where the coexistence of the two cultures serves the artist to create works in which a plastic synergy can be appreciated between three worlds, the Tzotzil, the colonial and that of the imagination, so that the pomposity of the baroque tiles allows the Tzotzil representation of the earth to be seen very much in the background.

On the ground floor of the gallery, we find the work of Lola Guerrera (Córdoba 1982), in her project “The last frontier, light”, the artist portrays a fragmented earth where light as a visual metaphor recreates the immensity of the constellations that emerge from the small and ephemeral fragile remains of nature, a search for the essential from a reflection on the ephemeral and the abstract. Two aerial sculptures of seeds and leaves in an impossible balance become suspended galaxies, metaphors that warn us of the transience of life. In the main room, through a large installation made up of tiny flowers and using light as a raw material, the artist creates a philosophical and mathematical universe in an introspective and abstract gaze. Five photographs by Guerrera close the exhibition, capturing the fleeting, the artist manages to suggest the sensation of isolation and fragility that haunts the human being.

Painting, sculpture, photography and installation make up two united projects that use mundane details to examine the whole, creating these frontiers of earth and light. Lola Guerrera and Paula Valdeón are two artists whose gaze awakens new doubts, both starting from the everyday in search of universality. Their proposal overwhelms us, leaving us intrigued to know more of their story. Both feminine, delicate and fine proposals are striking to the spectator and invite him to know more of their story. Two women who have more future than past, as their work is still an open story.