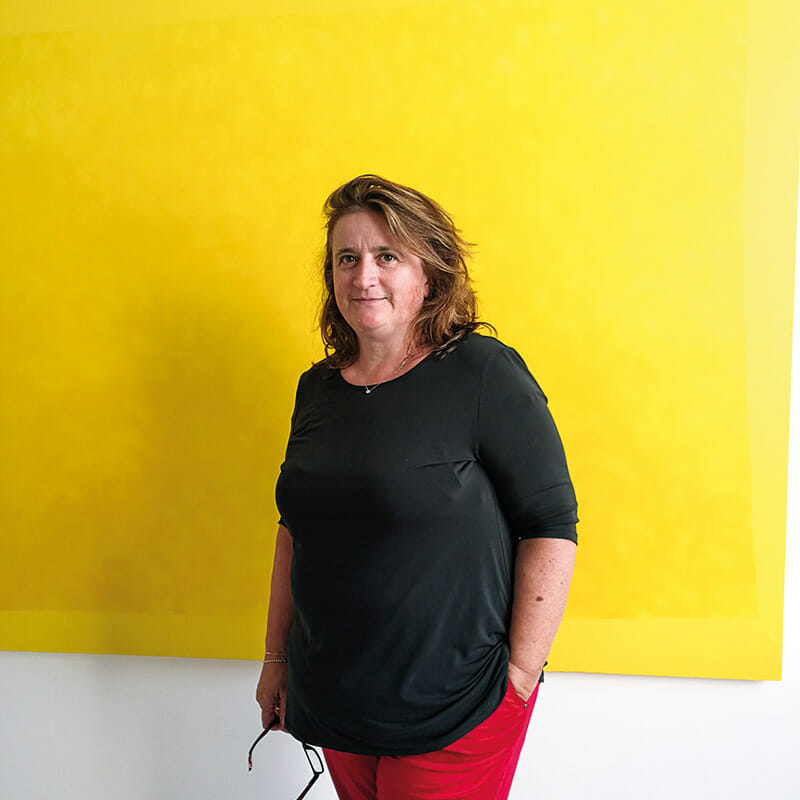 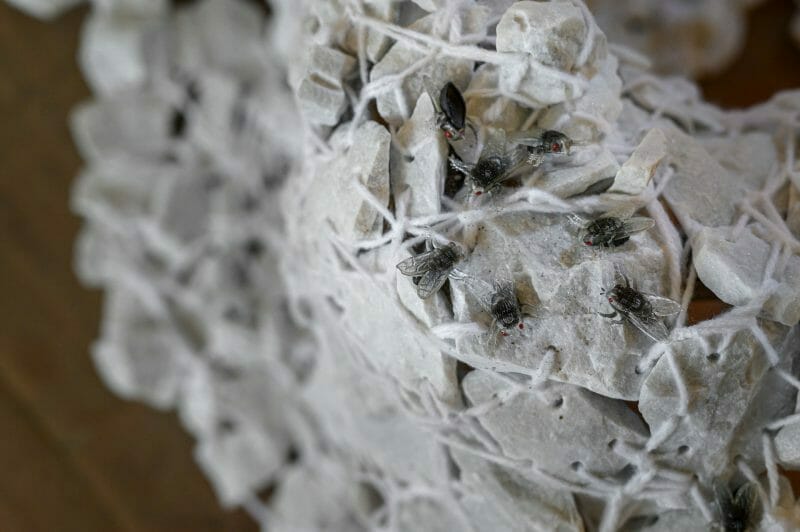 Carla Crosio has named one of her works Genesis. A challenging, strongly evocative title, which in her case, however, is not to be understood in the biblical sense of ‘origin’, but rather in the Eliotian sense of an ‘end’ that is a prelude to a new beginning:
“What we call the beginning is often the end. And to make an end is to make a beginning”, wrote the poet. Carla’s work was born out of pain (personal and collective) and pain, as we know, turns life upside down, changes perspectives and goals, takes away light and hope. But when it does not annihilate, it offers wisdom, awareness and new energy: “Being born is not enough. It is to be reborn that we are born. Everyday”, could be Neruda’s laconic comment. The genesis is all in those ‘seeds’, and there are hundreds of them, lying on the ground in a random order, scattered around the perimeter of a hall in the Lenta castle (the exhibition will be open until 25 September): some are in polychrome marble, others are in stoneware or metal, and still others are woven with wool and have the colour of humus, of autumn, of earth. Potentially fertile, these swollen cocoons promise life, they wait to hatch, they are ready to be reborn. Soft, wrapped in small skeins, the spindles of thread clash next to their black raku brothers, decidedly more aggressive, ready to proliferate endemically, virulent and threatening. Who will prevail?

A little further on, lying on the rusty skeleton of a bed, a ‘blanket’ made of pieces of Carrara marble, sewn together with a white wool thread to form an unusual mosaic fabric. Their appearance recalls an enveloping plaid, but in substance they convey all the weight and chill of the hard marble material. I am cold explicitly states the title. And to understand why, it is enough to read Carla’s words: “There are days when it is difficult for me to understand. I do not understand the life around me, I question my own. Today I build myself a blanket. A blanket so big that it will bury my anxieties, that it will cover my fears. […] I need to hole up in a nest that understands me, that envelops my thoughts. […] There are now too many events that I disagree with, too much strength is needed to fight them all. I entrust my dissent to my work. All my denials”. In the meantime, swarms of blowflies (perfect silicone reproductions of real ones) colonise the gorges and, as in nature, just the sight of them carries the odour of death.

Beyond the door, in the ancient courtyard oozing with history, a gigantic black Ombra (Shadow) (300 square metres of woven plastic) pours into the space regurgitated by the ancient iron grates. A black tide harbinger of sinister omens: “It is the demon of religious massacres in the name of any god,” writes Carla, “in the name of power that justifies itself with infinite obscure nuances. It looks like an atomic shadow, it carries within it a mushroom formed by heavy white smoke. A miracle that has nothing of divine. It is rather witchcraft in the name of technological progress generated by perverse human minds. Cover me, I’m cold! It is a starless night. I see in a bin, an archive of contemporary data, I see in our collective tomb, a black plastic bag, the womb of a new-born. Garbage with a heart that has not been allowed to beat. On how many and what altars should we place our sins to save our souls? And my soul is now wrapped in a great cold. […] Tonight I need silence. Silence has always spoken to my thoughts, guided me towards the transparent. It is in my silence that I find my way”

These are works that sink into the truths of life, that delve into the most sensitive areas of being, that do not promise half-truths or rosy visions, but neither do they withhold the hope of a refuge, the possibility of redemption, the comforting joy of purification.