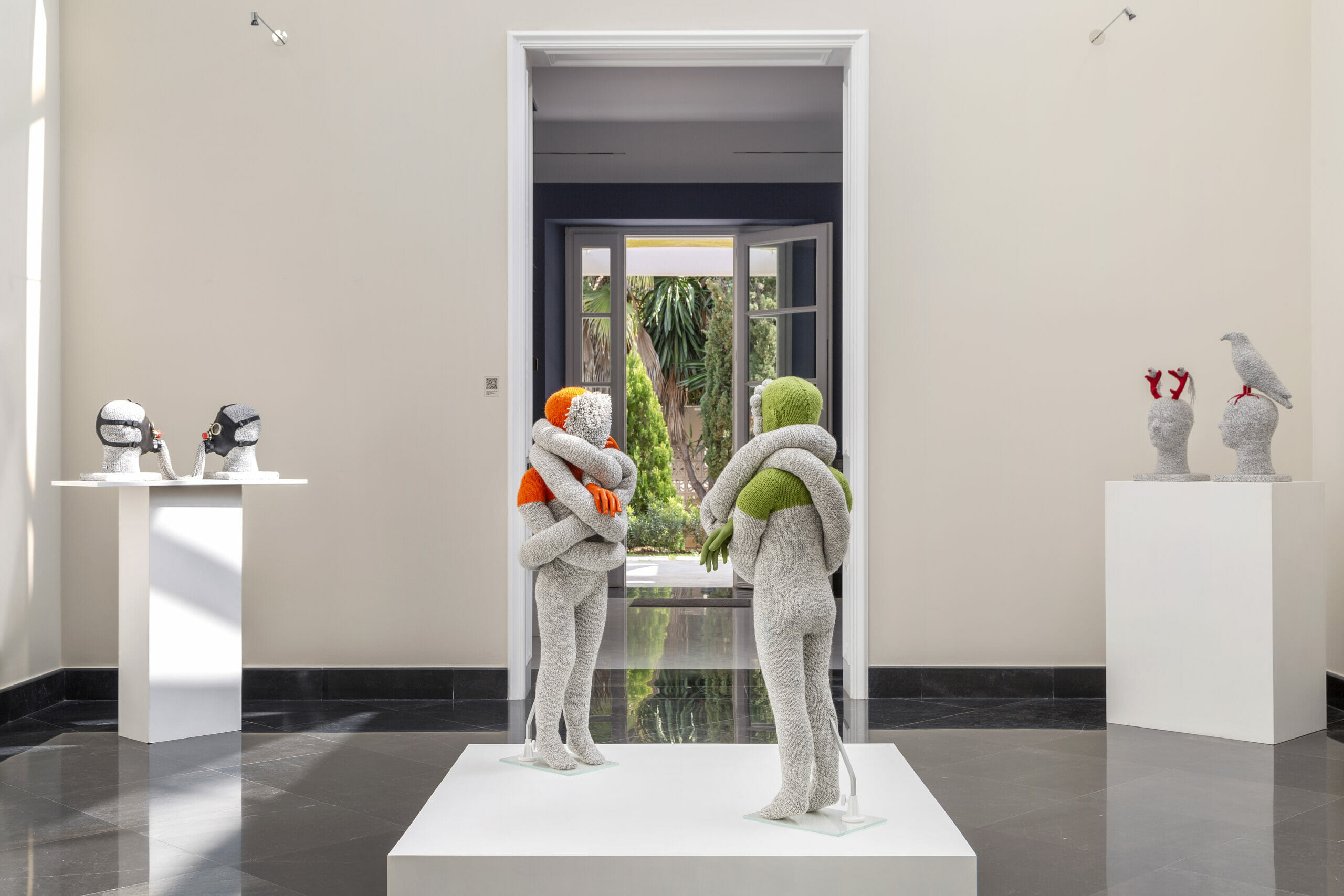 The Dutch artist Nanon Morsink (Hengelo 1964), who has been living in the mountains of Málaga (in the south of Spain) since 2017, exhibits for the first time in the gallery Isolina Arbulú. Nanon calls herself a multidisciplinary artist as she has always worked with different materials and techniques. However, her latest works have focused on the use of textiles. Using various salvaged materials, the artist constructs three-dimensional works linked to textile art.

The exhibition consists of more than 40 works, including an installation from 2014 together with sculptures and paintings from the last year. The exhibition begins in the first room with two figures, two children made of wool and plastic who interact with each other, from their central position at the large entrance to the gallery, indifferent to the world that surrounds and observes them.

Moving down to the second exhibition room, a series of paintings are shown in which the artist develops the textile concept within the painting, women’s faces camouflaged among colourful fabrics and embroidery. In the main room there is an installation of more than 20 stockings made of wool and completed by shoes that individualise different characters from very diverse fields defined by the artist. The large main room presents the true centre of the lost souls, children made of rope and figures that interact, communicating emotions through different plastic resources.

The materials used reveal another facet of the artist; wool traditionally used by Dutch farmers is mixed with friendlier fabrics, plastics and ropes from the greenhouses of Almería are rescued as part of the project “Mar sin plástico” (Sea without plastic). Leather and bells from the shepherds of the Malaga mountains coexist with plastics and horns. This juxtaposition of materials from different origins reflects the feelings of a Dutch woman lost in a culture that she tries to absorb but which she  finds alien, intriguing and friendly.

Nanon is of Dutch origin, since 2017 she works in Malaga, where she lives. She exhibits regularly in Spain, the Netherlands and other countries. In September 2019, her work was shown at the World Textile Biennial in Madrid where she won second prize for ‘Textile Art Photography’, recently her work has been exhibited in places like Chicago, Illinois. In May of this year the artist will participate with the gallery Isolina Arbulú in the URVANITY fair in Madrid.