RETURN TO MONTE VERITÀ: BETWEEN ART, NATURE AND CULTURE. 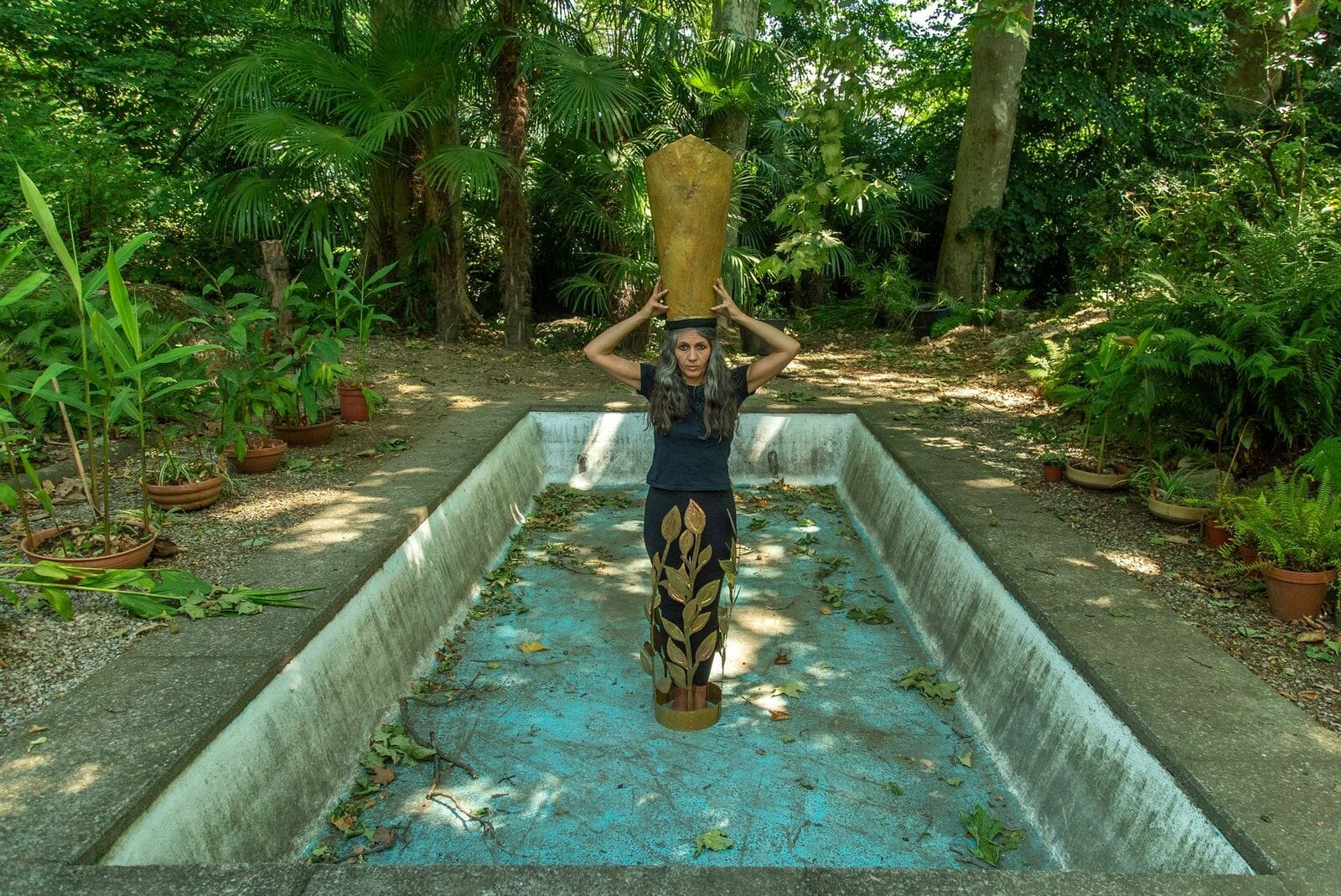 Every year, the Monte Verità Foundation in Ascona (Switzerland), despite the many unknowns due to the pandemic, presents a series of events strictly connected to the history and nature of this extraordinary place and to its vocation for research and experimentation entrusted to contemporary artists.

Among the events, the Giardini in Arte review is scheduled for May, inspired by the relationship between art and nature that has characterized the activity of Monte Verità since its inception. The protagonists of this edition are four Italian and Swiss artists – Francesca Gagliardi, Marco Cordero, Johanna Gschwend and Moritz Hossli – who after their residency last summer will present a series of works inspired by the identity of the place.

Starting from lace and embroidery, Francesca Gagliardi will create bronze and aluminum shields, an allegory of a strong and willful femininity, and a monumental sculpture in the shape of a lipstick, a totemic fetish that alludes to the fragility of beauty and the stubborn female steadiness. Marco Cordero, on the other hand, made a cast of the famous rock overlooking Lake Maggiore, one of the magnetic points of Monte Verità, and that of a stone wall, a semantic sampling of a portion of nature. In addition, in the library of Baron von der Heydt, the artist will modify the space with vaults of books sewn, engraved, carved, like bricks of a paper architecture.

Johanna Gschwend and Moritz Hossli will present a video of the open dialogue between the work of Gagliardi and Cordero and the surrounding environment, documenting their approach to the original spirit of Monte Verità.

Ticino was a pole of attraction for those who at the beginning of the last century were looking for an alternative life to the two blocks – capitalist and communist – which were then taking shape. It seeks the right environment to sow that utopia – a sanctuary for the alternative spirit to the increasingly industrialized world – which they had not been able to cultivate elsewhere.United by a common ideal, on the mountain they renamed “Verita“(Truth), Henry Oedenkoven from Antwerp, pianist Ida Hofmann from Montenegro, artist Gusto Gräser and brother Karl Gräser from Transylvania created a colony.

Organized according to a social system based on cooperation and autarchy, dressed in “reform” clothing, they worked gardens and fields, built wooden huts, relaxing with eurythmics and sunbathing. They adored nature whose purity they preached and which they symbolically interpreted as the ultimate work of art.

Over time, this place was frequented by theosophists, reformers, anarchists, communists, social democrats, psychoanalysts, writers, artists and emigrants from both world wars. Monte Verità also landed figures such as Hermann Hesse or the choreographer Rudolf von Laban, the dancers Mary Wigman and Isadora Duncan, the artists Hugo Ball, Hans Arp, Marianne von Werefkin and Alexej von Jawlensky. In 1926 it was bought by Baron von der Heydt, banker of the former emperor Wilhelm II, who gave new life to the Monte.The construction of a Bauhaus-style hotel, entrusted to the architect Emil Fahrenkamp, ​​led many masters of the same Bauhaus to inhabit the hill: Gropius, Albers, Bayer, Breuer, Feiniger, Schlemmer, Schawinksy or Moholy-Nagy, were all seduced and fascinated from this place.

Today Monte Verità is owned by the Canton of Ticino and is managed by the foundation of the same name. Since 1989 it has been the congress platform of the ETH Zurich, it  is a hotel and restaurant and a cultural center. The museum complex includes Casa Anatta, with the permanent exhibition Monte Verità. The breasts of truth by Harald Szeemann, the Elisarion Pavilion which houses the circular painting The Clear World of the Blessed by Elisàr von Kupffer, Casa Selma and Casa dei Russi, the first homes of the colony’s founders.

The cultural calendar that every year offers exhibitions and meetings dedicated to art, philosophy, literature and current affairs, opens in 2021 on Thursday  April 1 with the reopening to the public of the great polyptych by Elisàr von Kupffer (1872-1942), Clear world of the blessed, exhibited in the Elisarion Pavilion, after an important restoration delayed by the pandemic: about nine meters of circular canvas that literally immerse the visitor in the panoramic painting.

It continues in May, in addition to the aforementioned Giardini in Arte, with a new version of Michelangelo Pistoletto’s Third Paradise, made with rocks from the hill, which the artist will then donate to the Monte; in July Fabrizio Dusi will bring a group of site-specific works and in August, the Cabaret Voltaire will offer performances and scenic readings with international artists. The program will be completed by meetings for reflection and in-depth study, both face-to-face and online: from the tribute to Joseph Beuys on the centenary of his birth to the meetings dedicated to female figures at Casa Anatta.