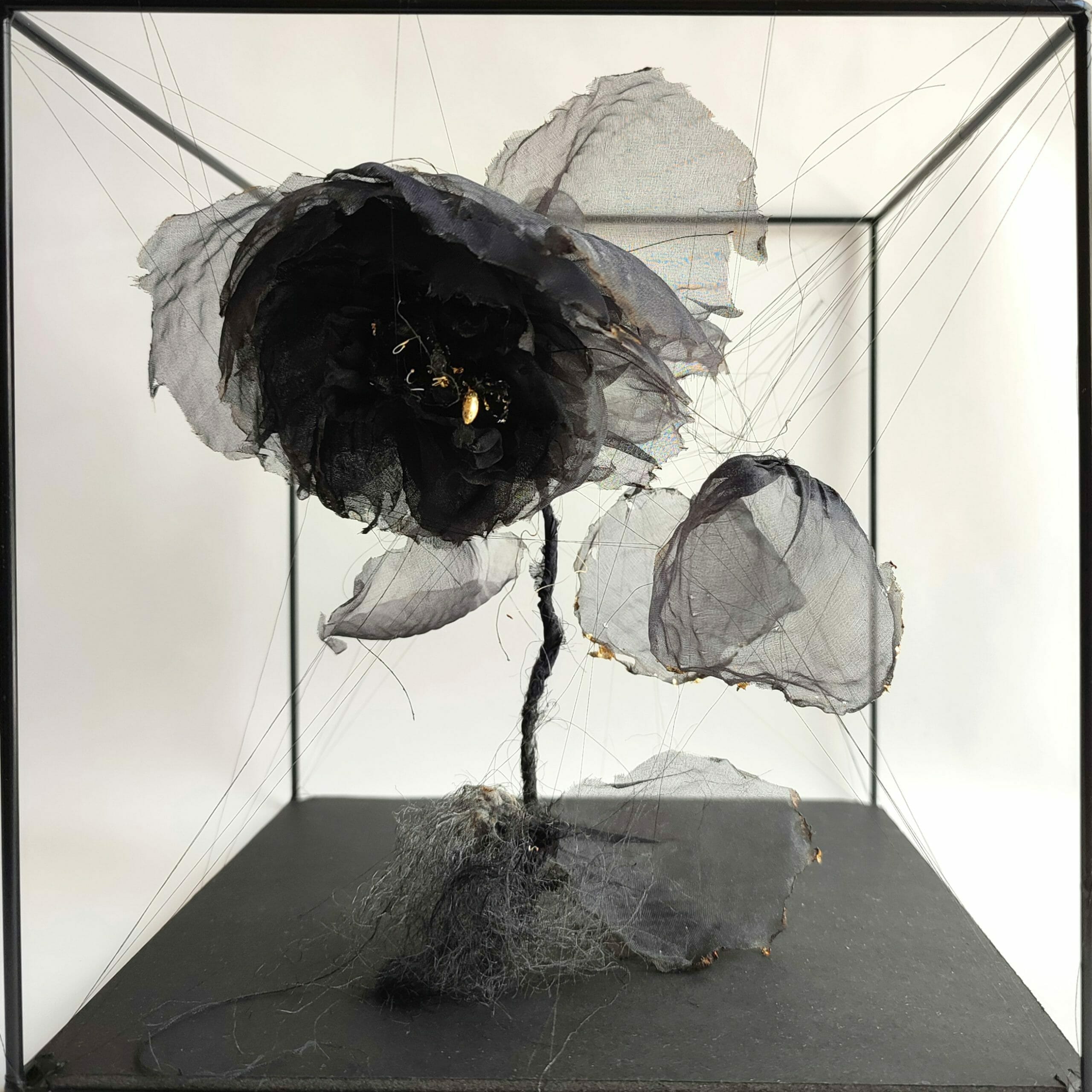 The Italian event dedicated to international fiber art is back with a major exhibition weaving together established artists and young talents in the name of freedom and cultural exchange.

The judges have already chosen the 54 mini-textiles out of the 234 projects from around the world.

This first post-pandemic edition features a rich supporting programme and a tribute to the event’s founder Nazzarena Bortolaso, after whom the best artwork award is named, assigned this year to Danielle Pèan Le Roux.

234 mini-textile projects from around the world were submitted; among them, the jury of Miniartextil – an Italian event dedicated to international Fiber Art – chose the 54 works that will be part of the 31st edition to be held in Como from 16 October 2022 to 8 January 2023.

Starting from this year’s event, the price for the best artwork – awarded to Danielle Pèan Le Roux for ‘Black rose with gold pearl’ – is named in memory of Nazzarena Bortolaso, co-founder with Mimmo Totaro of the event, who passed away this past 24 April. Furthermore, a special tribute will be dedicated to her during Miniartextil 2022.

A Special Mention is awarded to Vanessa Lobosco for her work ‘De Flore Aureo’.

The choice of the title Rosa Alchemico (Alchemical Rose) stems from the desire to give life to new forms of positivity and energy. The pink colour peacefully conveys an idea of freedom which, combined with the ever-present concept of alchemy, of mixing, appears to be the perfect combination to unleash new ideas.

Hosted this year in the spaces of the 18th-century Villa Olmo, the show displays international names exhibiting here for the first time. Marinella Senatore, an artist active in Italy and abroad, fresh from her solo exhibition in London whose opening was marked by a superb performance; Afterglow, whose practice features strong collective participation; Jacopo Benassi, artist, photographer, and musician, with an omniscient art production, whose works have already been exhibited at the Tate in London, the Palais De Tokyo in Paris, the Italian Cultural Institute in London, the Centro Pecci in Prato, and who has collaborated with directors such as Paolo Sorrentino, Daniele Ciprì, Asia Argento, and Maurizio Maggiani, who will completely reinterpret the Teatrino della Villa.

And again, Igshaan Adams, a South African artist currently featured in ‘Il Latte dei Sogni’, the international exhibition curated by Cecilia Alemani at the Venice Biennale. The show highlights textiles’ social, spiritual and political aspects by combining weaving, installation, sculpture and performance. Emma Talbot, a British artist currently present in Laguna, creates paintings on silk combining simplified figurative forms, mythological motifs, figures from tarot cards, and calligraphic texts expressing aspects of the artist’s personal life. The director and painter Angela Ricci Lucchi will be present in Como a unique piece lent by Galleria Massimo Minini: a box containing 66 answers from well-known people such as Emilio Isgrò, Cesare Zavattini, Claudio Parmiggiani together with unknown names, to the question ‘What is the rose to you?

This edition will include the long-awaited return of the MINIARTE educational programme, with meetings dedicated to children and families and a unique project addressed to schools involving a local ‘Istituto Comprensivo’ in implementing an extensive collective work. Alongside these activities, there will be meetings with artists and in-depth discussions dedicated to the themes explored by the exhibiting artists.