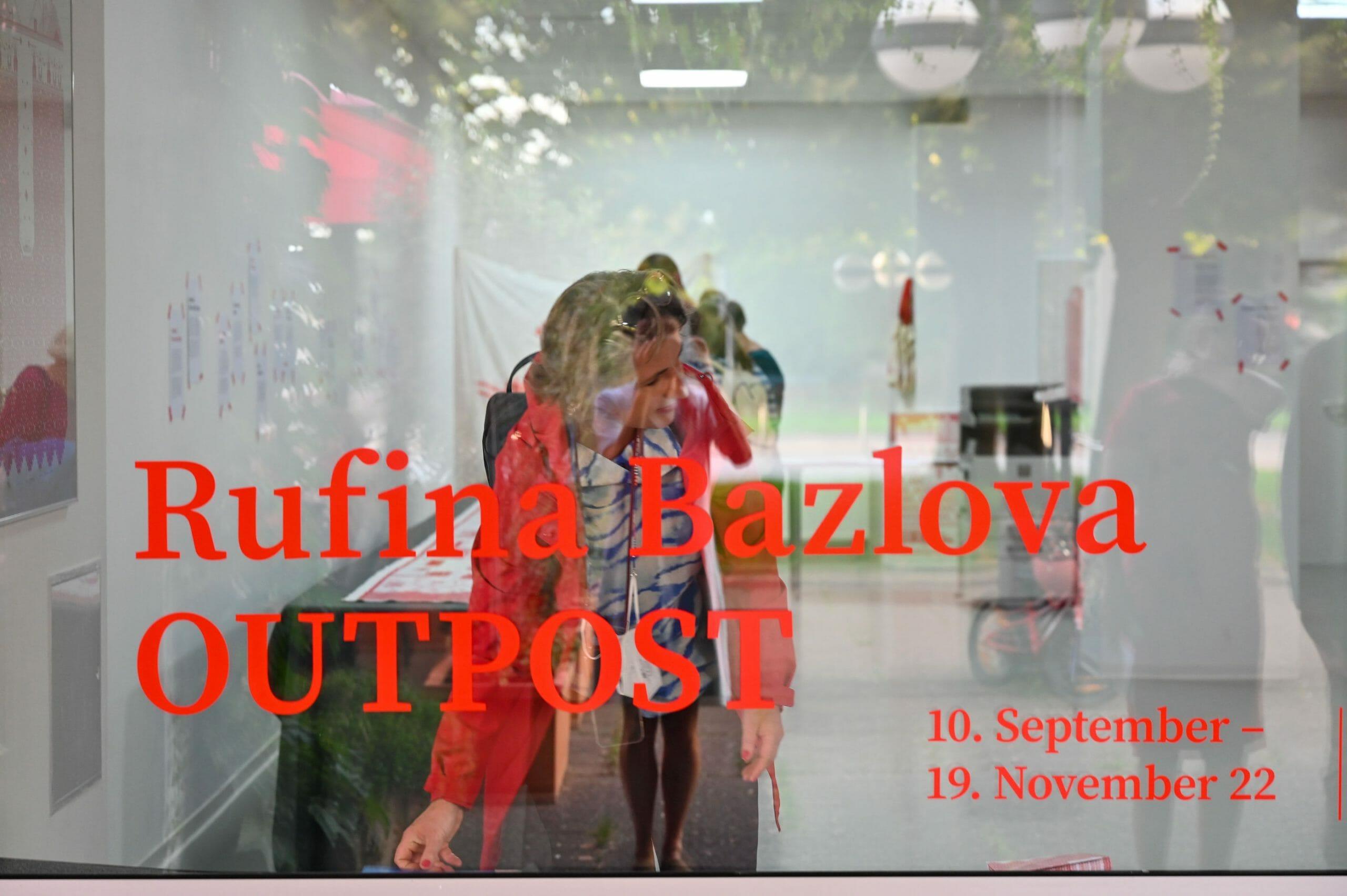 The solo exhibition of Belarusian artist Rufina Bazlova at the Kunstverein Dresden E.V. becomes the activist base of the democratic revolution in Belarus. Since 2020 there has been a massive anti-democratic repression against which Rufina Bazlova has been active, becoming part of the various political protests: her artistic work raises her voice against injustice, even beyond Belarus.

“Red thread on a white substrate. Cross-stitched figures and patterns populate the fabric, nimbly spreading across the surface. A bird, a row of people locked arm in arm, then a tank and a police personnel carrier. The bird shits, sirens wail.

Vyshyvanka has a long tradition in Belarus. For centuries, women in particular have used ornamental em- broidery to tell the history and stories of the Belarusian people. Following the 2020 presidential election, which was manipulated by the tyrant Lukashenko, there were massive protests. Belarusian artist Rufina Bazlova appropriated the time-honored craft of embroidery to document the injustice. She developed new symbols and codes that propel traditional needlework into the present. Her seven-meter-long embroidery Saga of Protest chronicles the events since the rigged election. She focuses not only on the regime’s repression, but also on the population’s resistance, which finds diverse and creative ways to protest despite widespread human rights violations and often violent repression.

For Rufina Bazlova, political activism through art began with embroidery. The production of each piece is a time-consuming process, and time was something the political resistance in Belarus did not have. So Bazlova converted the motifs into graphics and produced them as silkscreen prints, on cotton bags or postcards, in order to be able to distribute them more quickly. And it went even faster via social media, where the cross stitch became a pixel and could reach the entire world: click, like and share! The public, especially in Western and European countries, became an important ally of the democratic revolution in Belarus.

Since 2021 Rufina Bazlova has been carrying out the Framed in Belarus project together with the curator Sofia Tocar under the name STICHIT. Here, too, the aim is to generate publicity and visibility for the almost 1,300 political prisoners currently held in Belarusian prisons. Framed in Belarus invites us to participate in embroidering a work that will bring together por- traits of all the prisoners. Embroidery templates are provided by STICHIT.

At this point, artistic practice explicitly opens itself up to participation. We – the public – can become part of making things visible, we can help call out repression and injustice. Action and resistance are possible. This is a central concern of Rufina Bazlova’s work: to speak about democratic resistance in Belarus means to support it. Publicizing the names of prisoners means contributing to the prevention of their disappearance. The freedom or lack of freedom of the people in Belarus is the same as that of the people in Ukraine, in a refugee shelter in Poland, or in our own East or West or all-German history. Being in solidarity means defending freedom and democratic rights of self-determina- tion everywhere in the world. Democracy remains man- ual labor – Rufina Bazlova invites us to join this universal movement.” (Arne Linde) 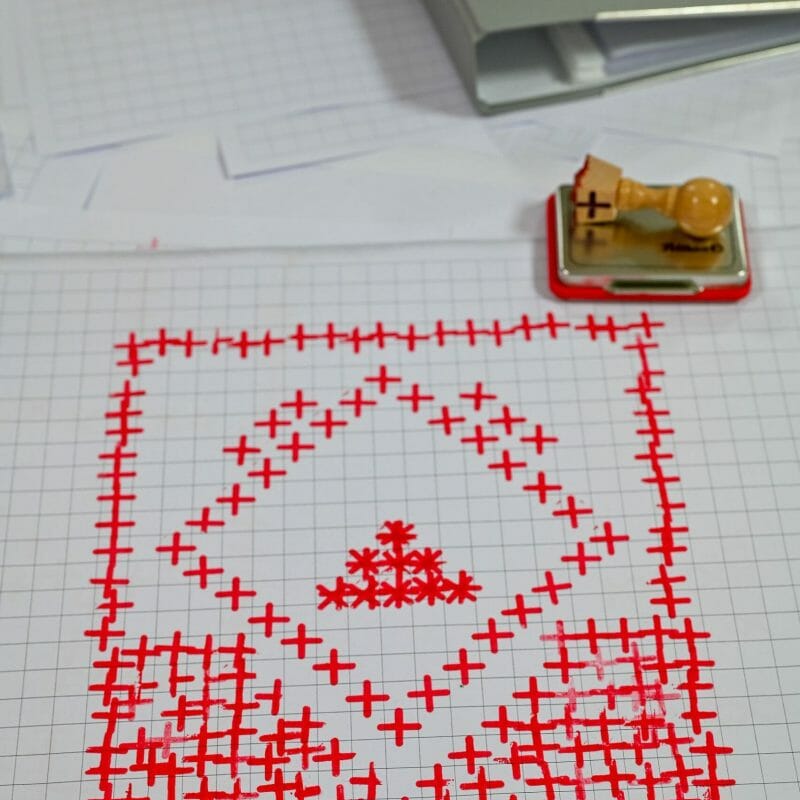 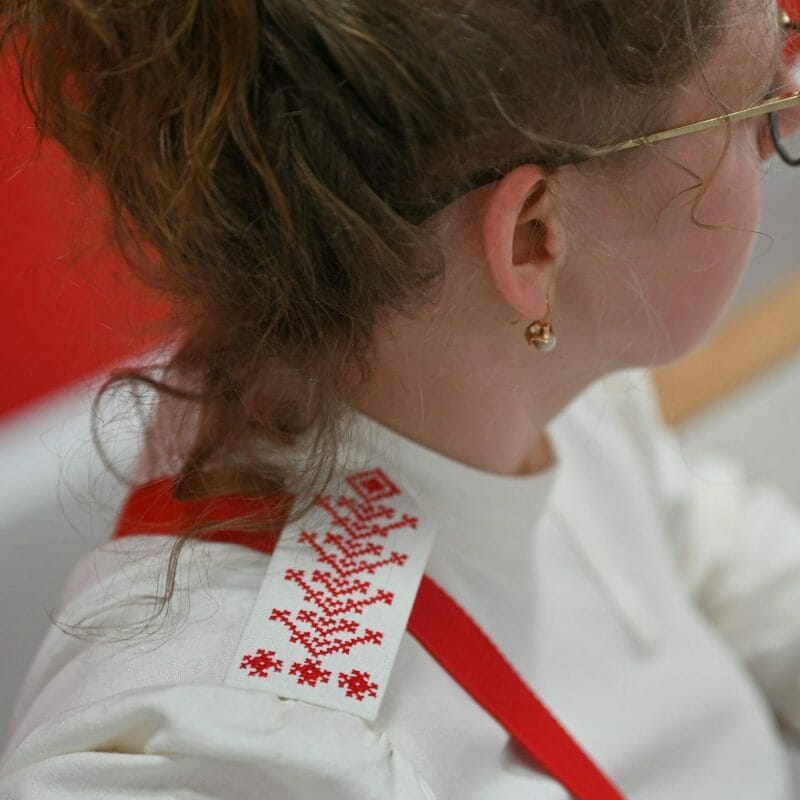 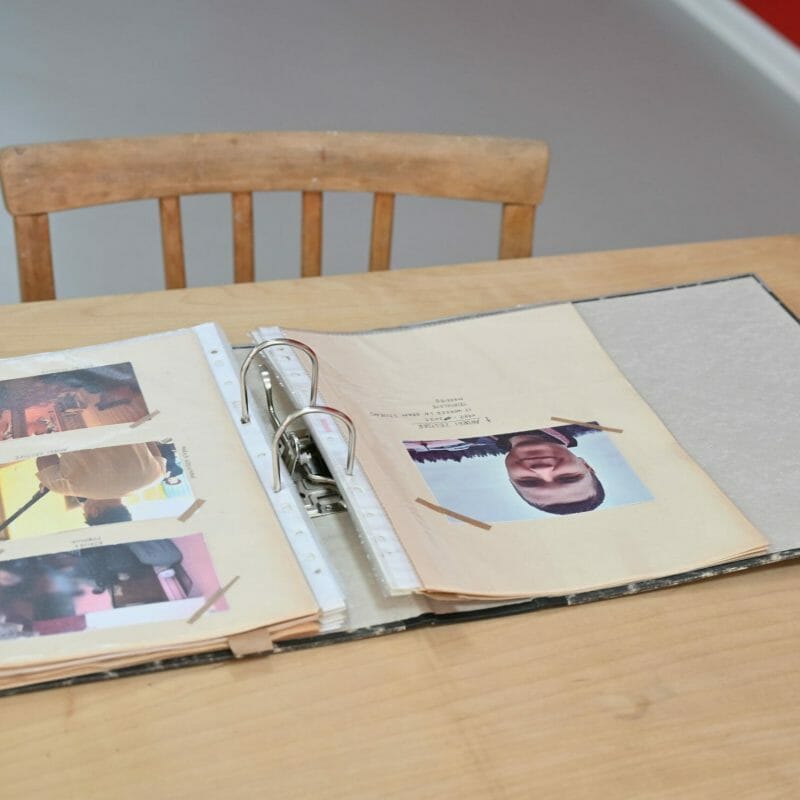 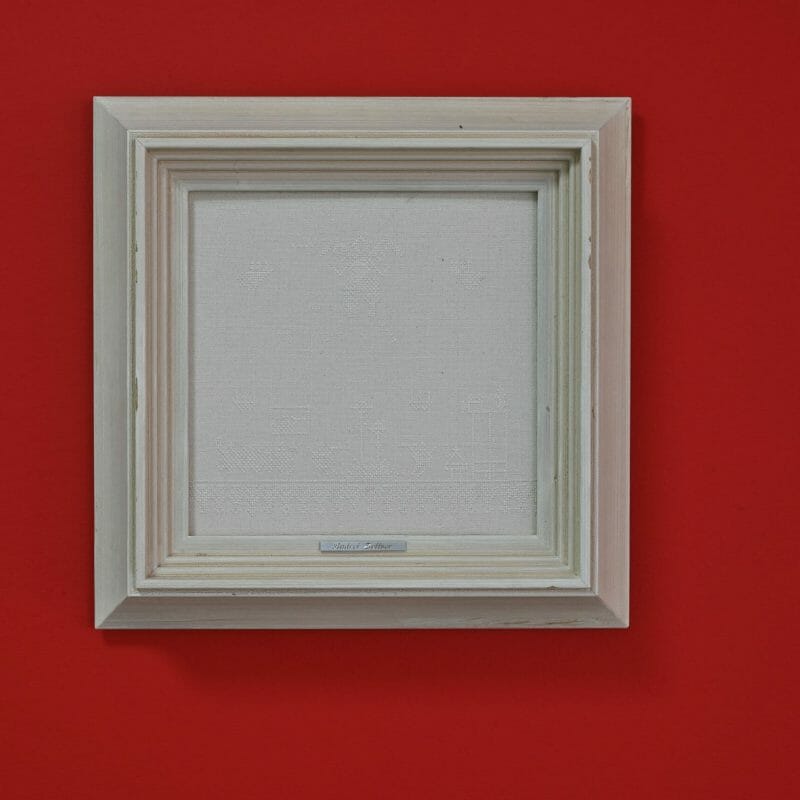 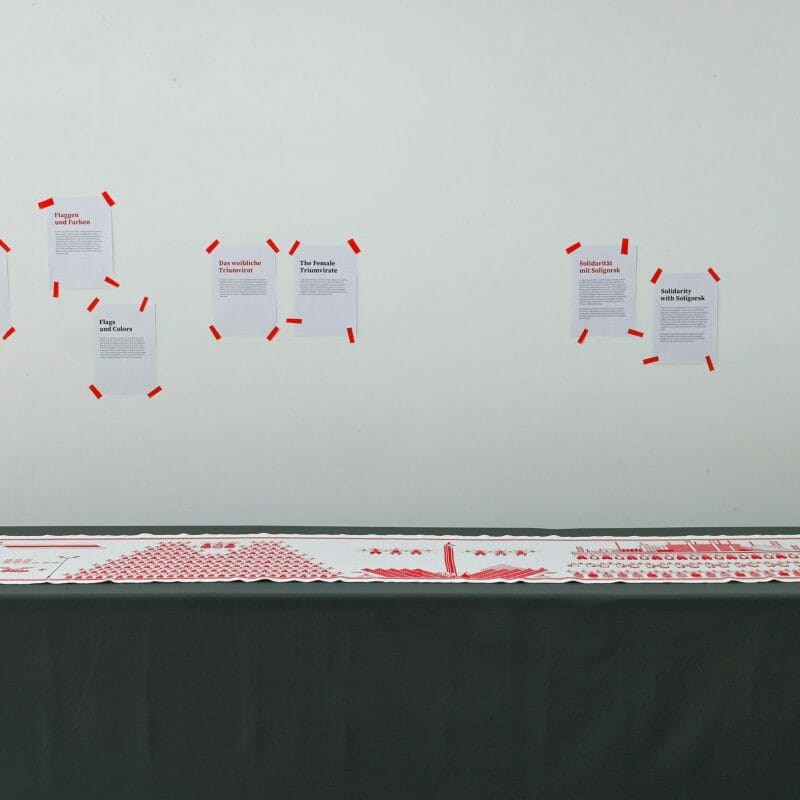 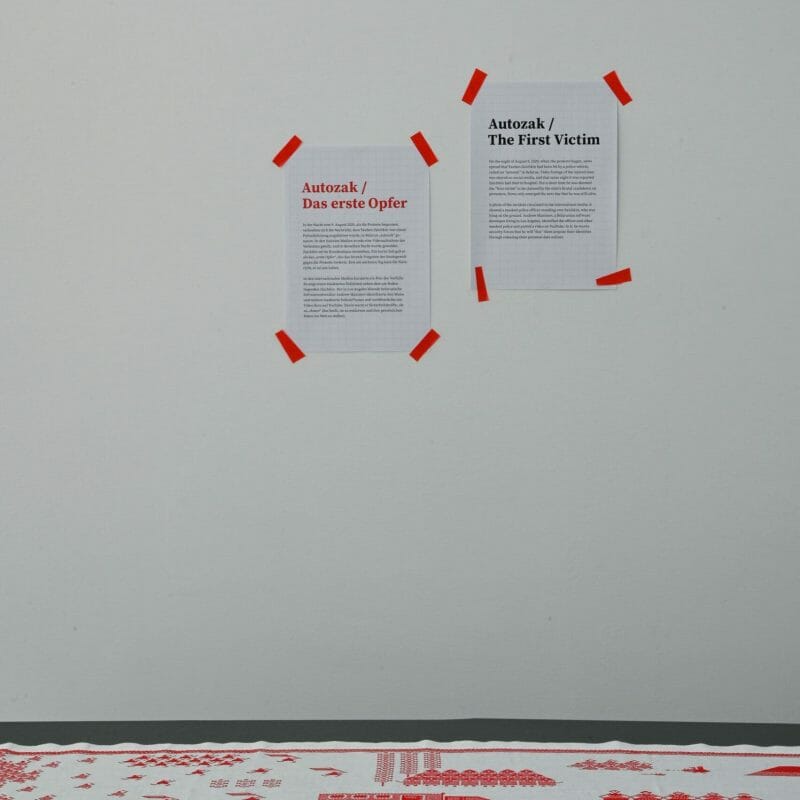 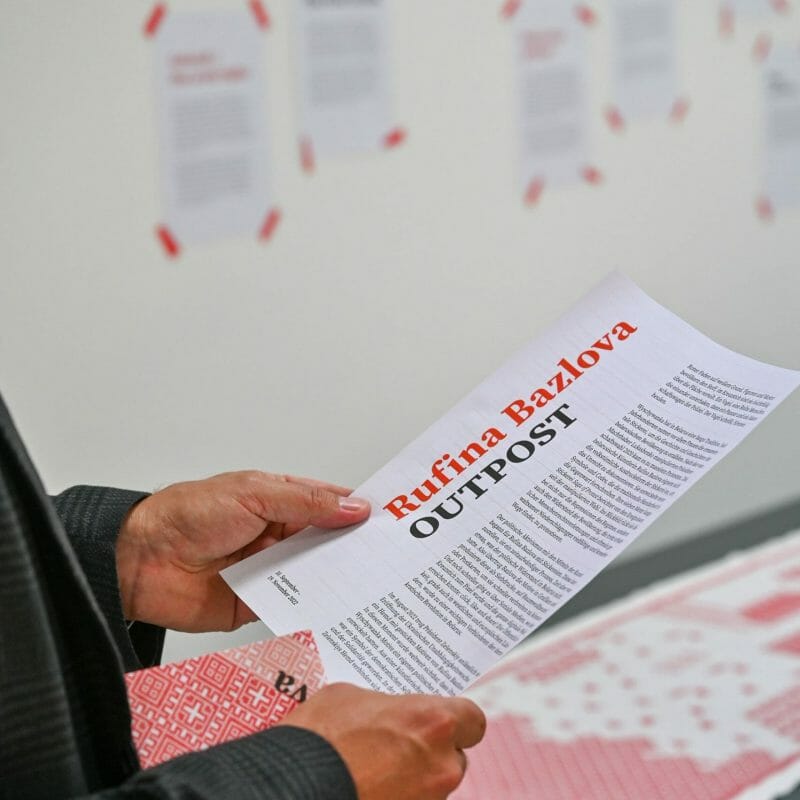 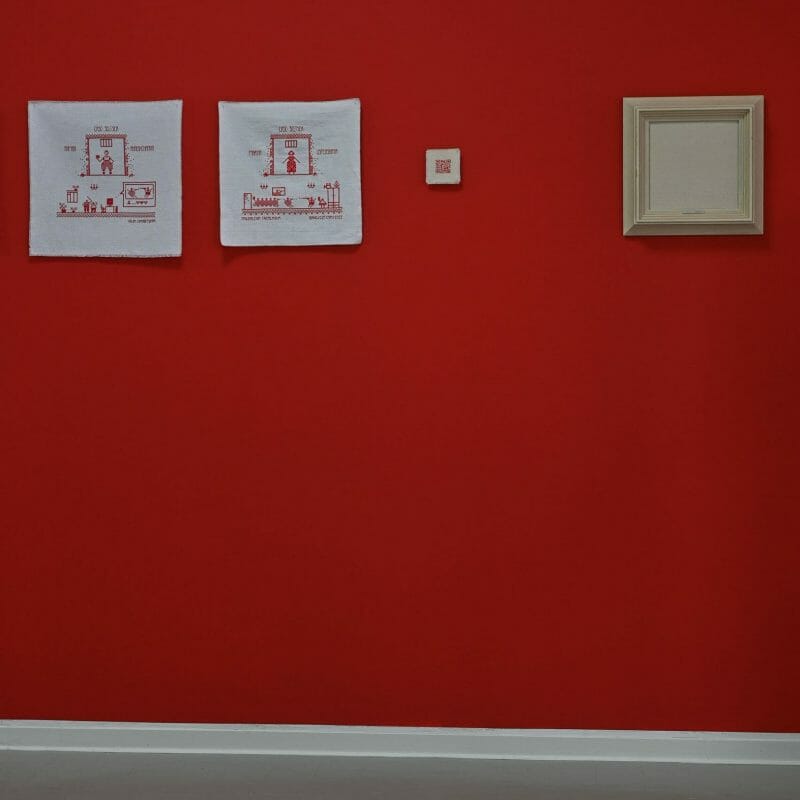 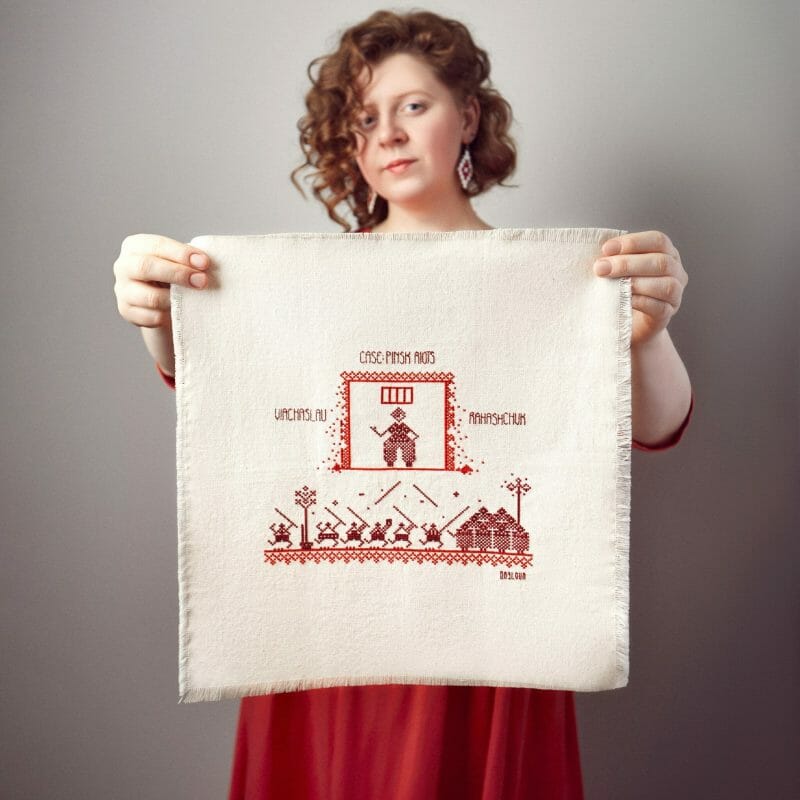 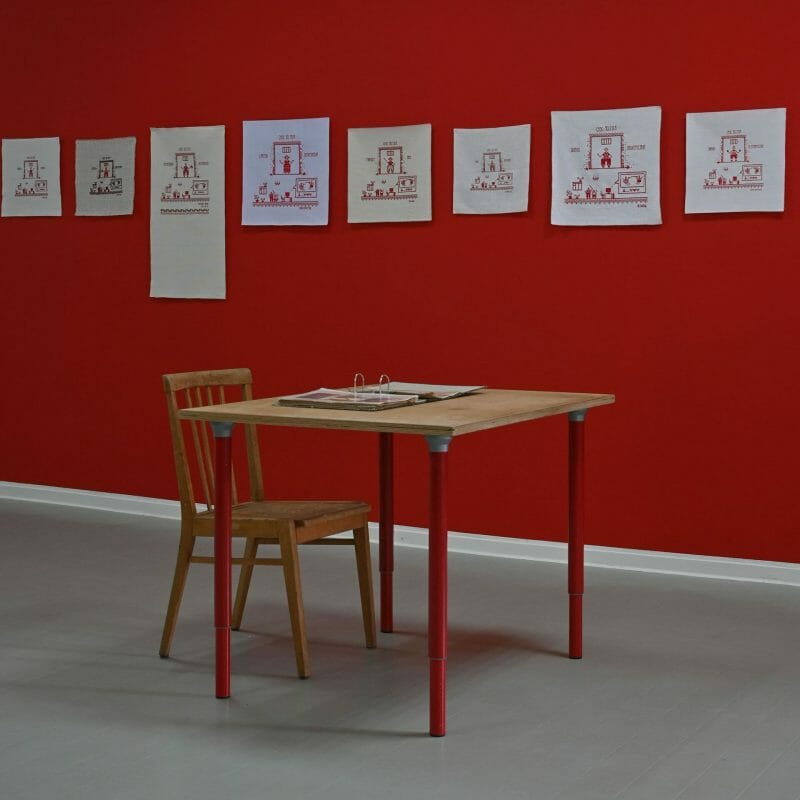 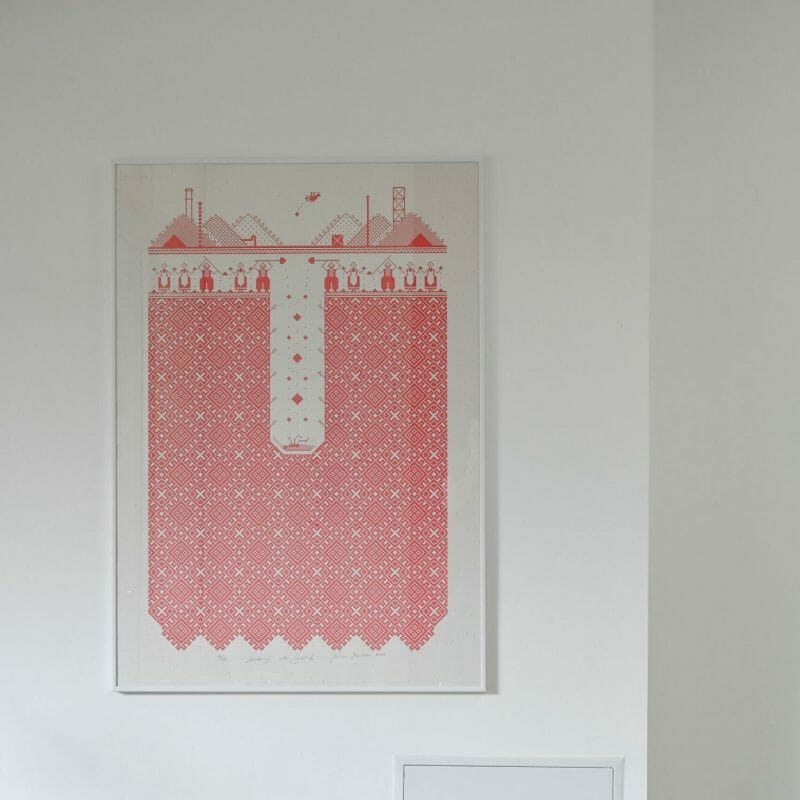 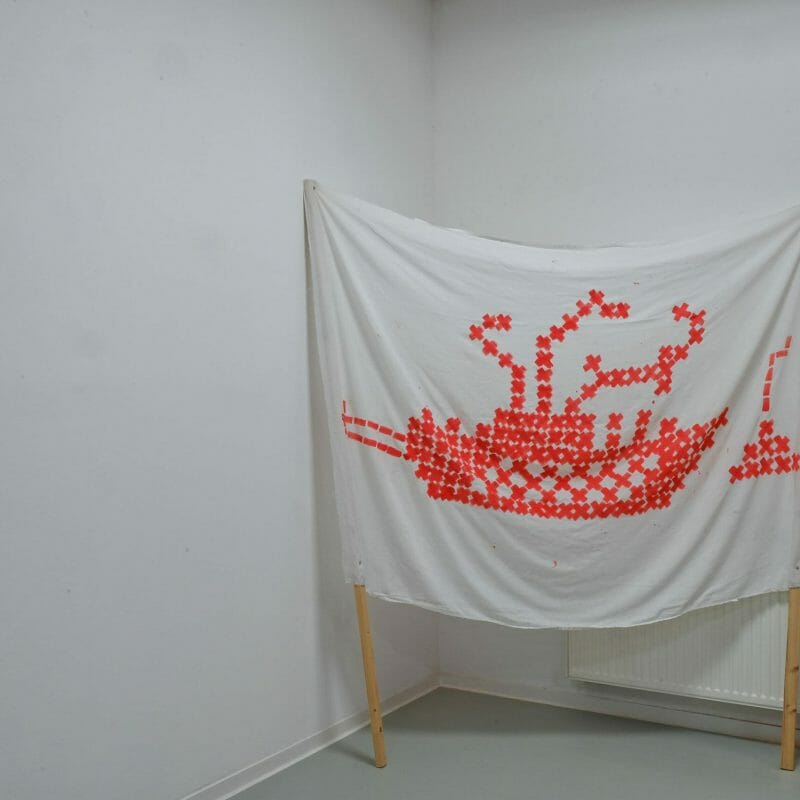 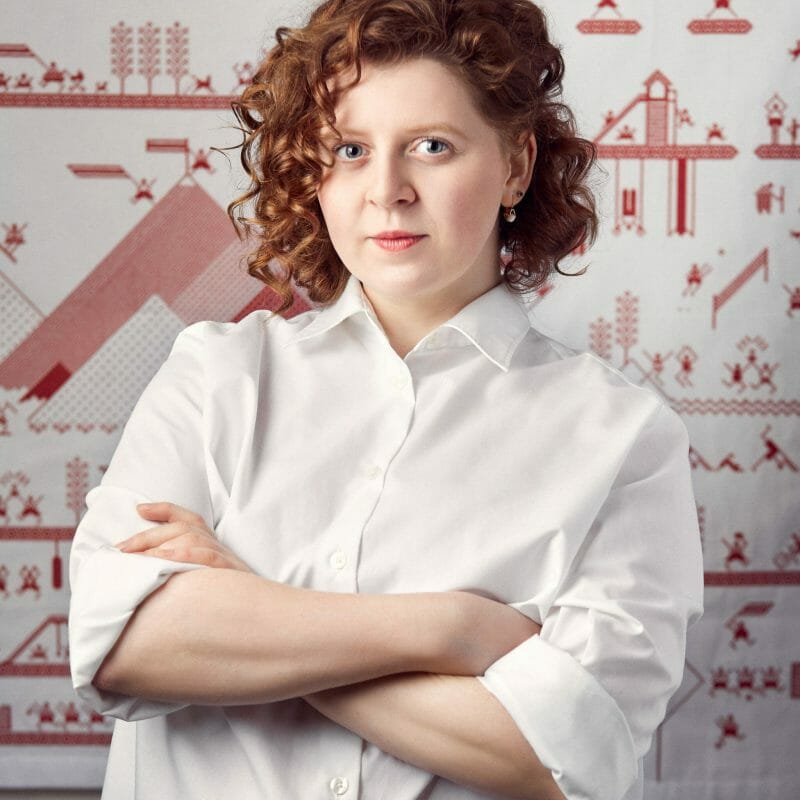 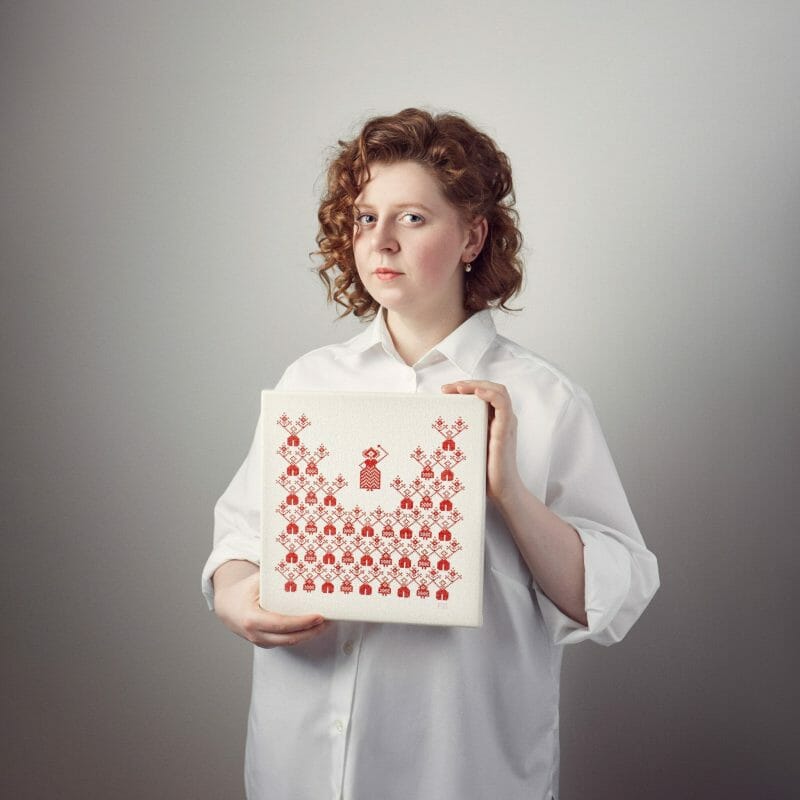 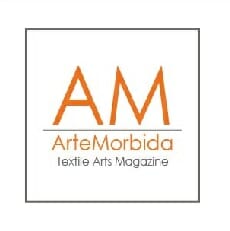