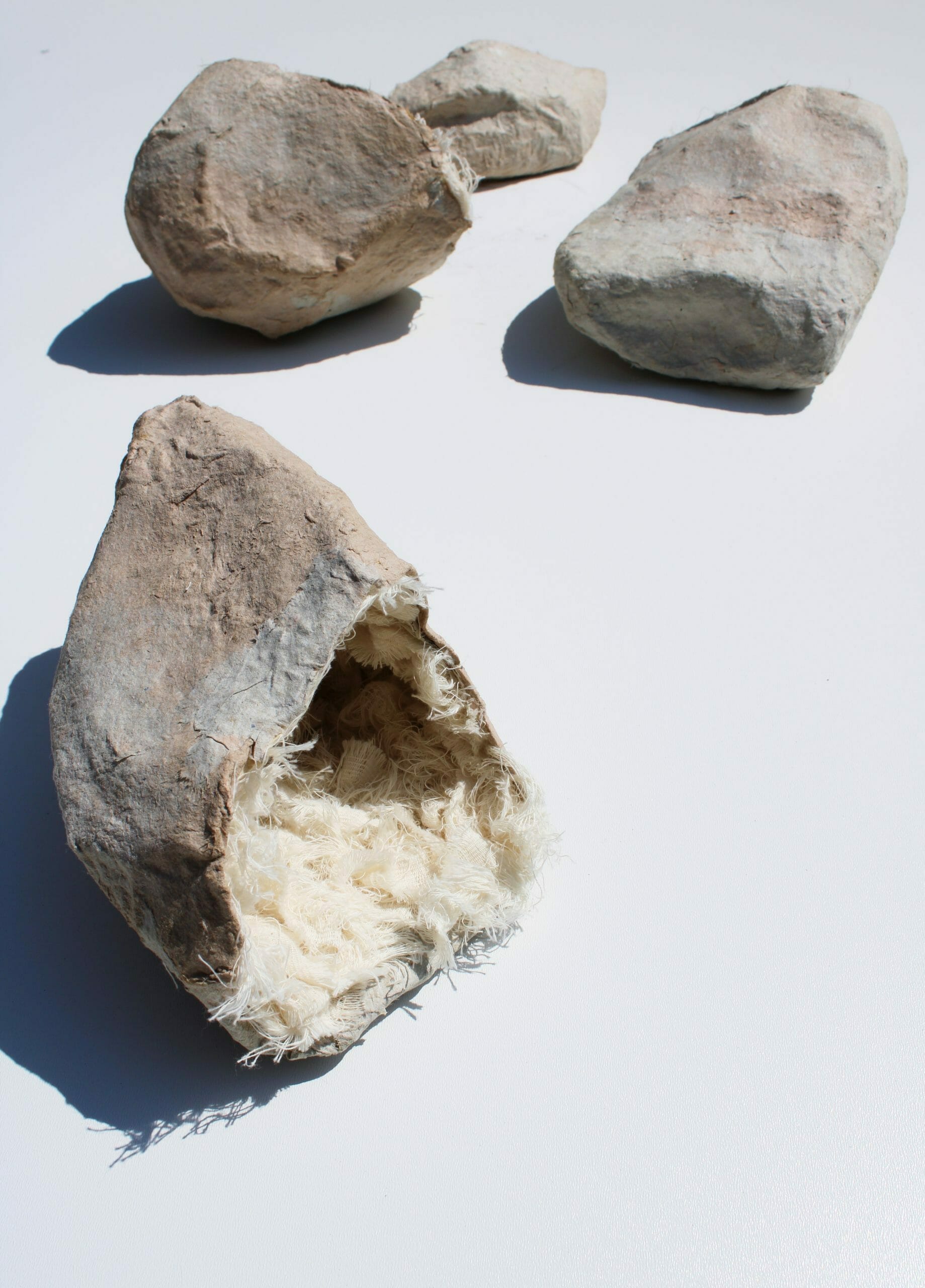 From  August 28 to September 18, 2022 the Monti Civic Silk Museum in Abbadia Lariana, in the province of Lecco, will host “Refuge”, a solo exhibition by Saba Najafi curated by Erika Lacava, with the patronage of the Municipality of Abbadia Lariana.

“Refuge” is a project conceived for the Monti Setificio Civico Museum, the only example in Italy of the complete recovery of a nineteenth-century spinning wheel. The Museum, established in 1998 after the recovery of the spinning mill and the silk spinning machine built by Pietro Monti respectively in 1818 and 1869, is currently preserved in the state in which it was in the mid-nineteenth century, restored and enriched with contemporary materials from other spinning machines now disappeared.The history of the Lecco area has been linked for centuries to the activities of silk, from the breeding of silkworms to the spinning of cocoons, from twisting and weaving, of which Manzoni’s Lucia is the heir and the iconographic emblem for these places. Saba Najafi collects this local historical wealth to relocate it in the present, enhancing on the one hand the different phases connected to the production of silk and connecting them on the other to her country of origin, Iran, as a land of ancient passages of the historic Silk Road.

Through this double track, Lecco and the orient, move the threads that give shape to the exhibition.  In a continuous cross-reference of signs and symbols, Saba Najafi’s work passes from the local culture to the Iranian one as in an intertwining of warp and weft, to form an elaborate and homogeneous fabric.

Structured as a single site-specific installation, the exhibition embraces the three naves on the ground floor of the Museum playing with the main elements of the building, unfolding the motifs dear to the artist between the arches and the crumbling walls. In fact, reworkings of the latest series launched starting from 2020 are exhibited here: “Metamorphosis”, branches linked together by strips of fabric such as medical bandages, “Inner care”, stones partially covered with fabric, and new elaborations of the “Stone as memories” series, in papier mâché with calligraphic inserts.

Strong is the reference to silk, and the cross-reference to the Museum becomes more and more explicit: the concept of museum is in fact investigated in its value as a place of custody, archive and protection, expanded to include in itself the idea of ​​home and identify with it.

Starting from the vaults of the ceiling, reinforced by arched branches from which long strips of fabric descend, the ancient space is redesigned by the artist to transform it into a dwelling, home, refuge. In a critical socio-political moment like the present one, the refuge offered by Saba Najafi is a shelter from war, injustice, anger, a hug for those who feel alone and helpless, the cooling shadow of a tree to combat desertification and climate change. A place where everyone can feel good and feel safe.

The materials used, differing in color and texture, all belong to the natural environment and ideally reconstruct different types of homes: in the wooden structures we find the nests, in the stones the houses, in the fabric the clothes that we “live in” every day. The curvilinear development of the exhibition guides the visitor along a path towards the central nave, the nerve center of the exhibition, above which a roof of wooden branches is reconstructed, a symbol of the house, from which a cascade of filaments descends to welcome and protect it as in an embrace. The ancient fireplace in the room refers to the domestic hearth, while the papier mâché stones recall the cocoons that silkworms build around themselves, like a house.

In the third room, to complete the exhibition, a video in which you can immerse yourself in the folds of the fabric, a small archive capable of hosting stones, as a symbol of persistence of memory, and a large knot in raw cotton to symbolize bond and strength of remembrance.

The exhibition is realized thanks to the technical contribution of Tessilbusto di Busto Arsizio and is accompanied by a digital catalog, with a critical text by Erika Lacava.