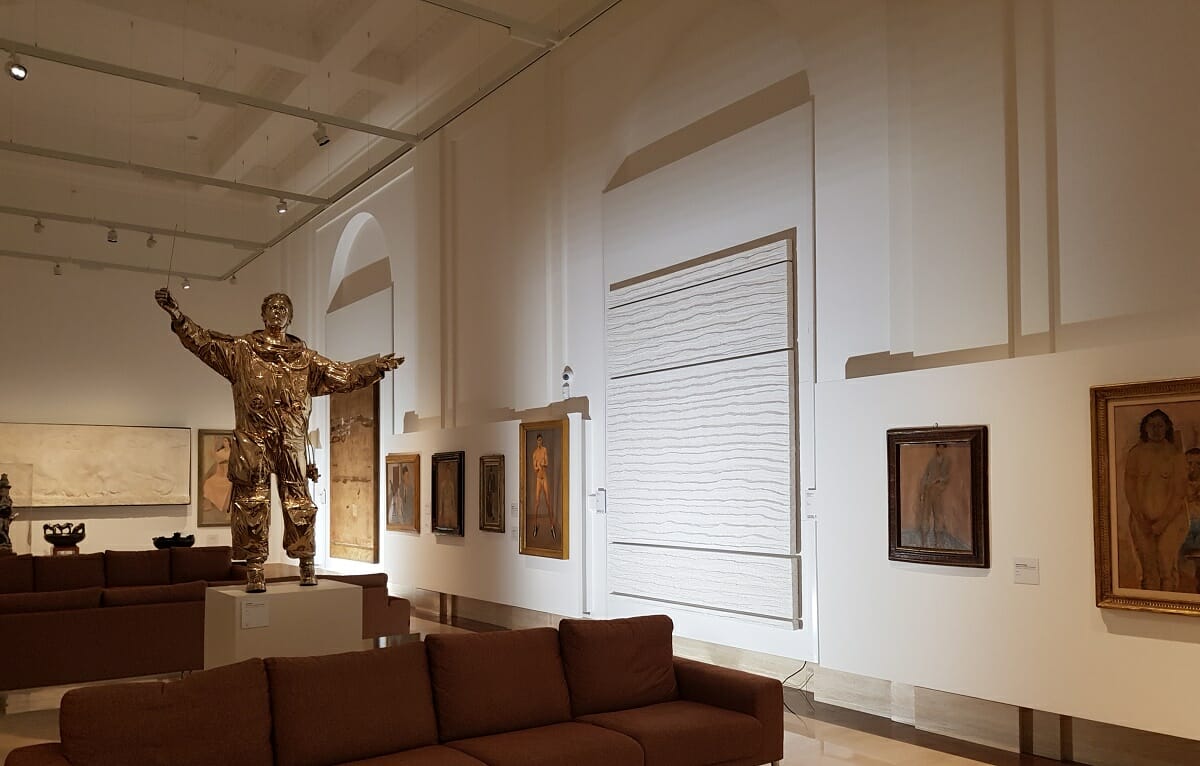 In the evocative exhibition space of Palazzo Merulana, the artworks of the Brazilian artist Sidival Fila are on display for a few more days.

The exhibition unfolds across three floors, starting from the majestic Hall of Sculptures, continuing on the second floor with four large installations and ending on the third floor, a space entirely dedicated to the artist’s works.

Sidival Fila was born in Brazil in 1962, at a young agehe takes a great interest in the plastic art field, moving to Italy in 1985 with the aim of enriching his artistic education. Here he deepens his interest in art and starts his first artistic production, at the same time maturing a spiritual vocation that leads him, five years later, to join the Order of Friars Minor of St. Francis of Assisi. Fila at the time abandons art for a long period, and will return to it, with renewed passion, only eighteen years later.

The works on display belong to the period of Fila’s return to art and represent the artist’s vivid interest in textile materials, whether they are current, ancient, humble or waste. His work, at the same time meditative and artisanal, involves linen, silk, but also ancient scrolls and paper.

The Introflessioniseries, realized starting from 2008, include many of the works on display, realized throughsubsequent drafts of color on canvas, in the middle of which one or more folds (“introflections”) appear, of great beauty and elegance and that constitute the stylistic feature of Fila’s artistic production.

The folds are partially hidden by a weaving of threads sewn with the regularity and precision of a meditative and artisan work, replicating the color of the canvas itself.

Many of Fila’s works are made with ancient fabrics that the artist retrieves, enlivens and refreshes, bringing to light “the story they bear inscribed in their texture”, in an action “aimed at restoring the memory and vital energy that an object guards on the inside”.

The history of the fabrics used can be seen in the texture, in the chromatic alterations and in the stitches created to repair the damage caused by time and wear, features that the artist highlights with a skillful traction of the fabric on the frame.

Sidival Fila is currently present at the Venice Biennale 2019 and at the Jerome Poggi Gallery in Paris with a solo exhibition that is the opening of the installation project that will be presented at the Art Basel Miami show in December 2019.

Sidival Fila lives and works in Rome at the Franciscan Convent of San Bonaventura al Palatino.