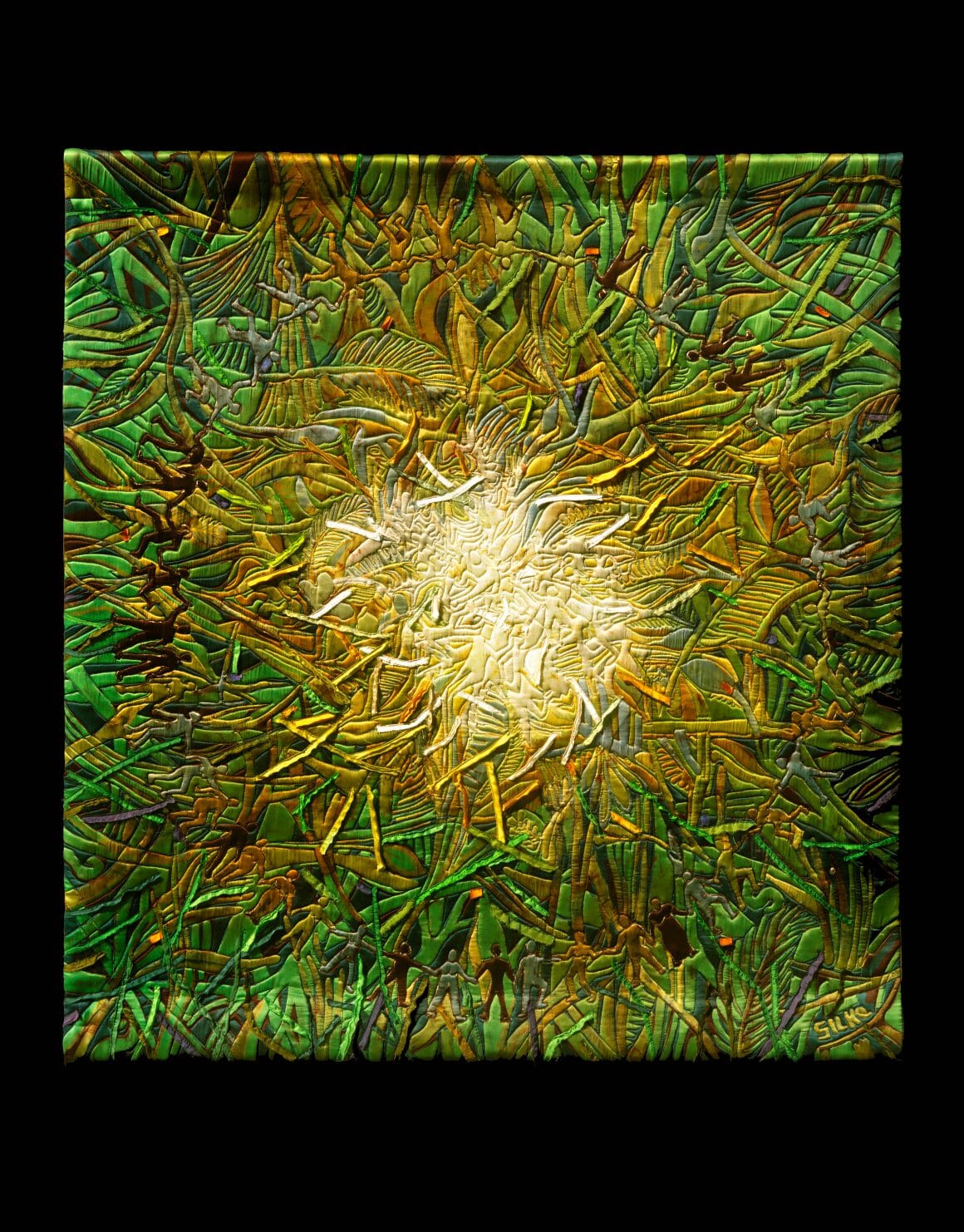 Silke is an internationally recognized artist specializing in textile art. Born in Austria, she resides in Argentina, the country she represents, since 1949.

She creates large tapestry series. Her integral vision of the arts has led her to interdisciplinary performances, installations where stage design, theater, music and poetry are folded into the representations of her tapestries.

“The creative process is not always the same…sometimes something magical happens and I feel united with the entire universe. It is an unexplainable sensation… of totality, of euphoria, of enthusiasm, of plenitude. I surrender to that mystery, where logic has no space. Sometimes I dare think that out there are ideas that seek a body through which to express themselves, as if the idea were corporeal and one were the channel through which they manifest. And since the idea emerges from the Universe, it vibrates with a different energy, which isn’t human”

“Once the idea has taken over me, I see it completely finished, down to every detail. Curiously, that idea always has to do with me… As I visualize it, I internalize it and open my entire perception to make her mine. Imagination, intuition, and the deep lived experience of symbolism constitute the fertile ground for each visualization. In that moment, I am the image”.

For over 40 years, she has taught workshops and seminars on creativity internationally.

“The Possibilities of Being”, 62×90 cm, copyright Silke