Tanja Boukal – Do You Know That We Have Lost? 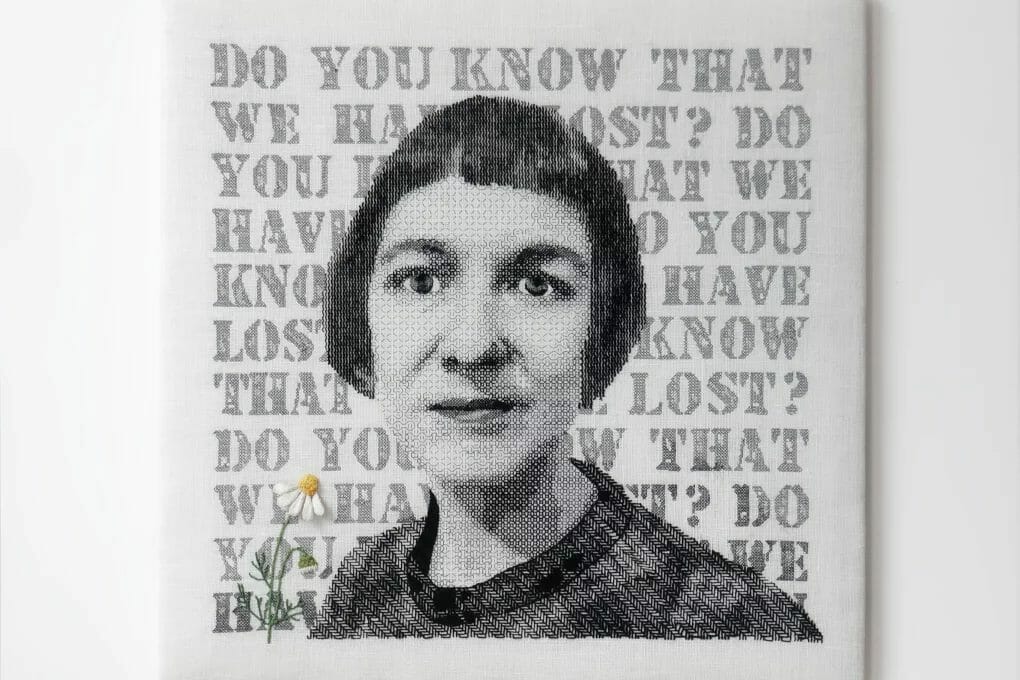 The exhibition of the Austrian artist Tanja Boukal titled Do You Know That We Have Lost? will be opened in the House of Arts Brno on Tuesday, 23 November at 6 pm. The show in Jaroslav Král Gallery will offer a curatorial selection from various periods of the artist’s work, as well as one piece on a present-day subject, which was made especially for the House of Arts. The exhibition will run through 6 March 2022.

The work of Tanja Boukal is specific with its subjects as well as with the technique used. Her works are imbued with respect and affection for people, the dignity of each and every individual forms their basic prerequisite. The struggle for work and survival, migration and associated social distress are her major subjects; through her work, the artist tries to restore a bit of dignity to the threatened people. She fishes found reportage photography footage and then translates it into weaving and embroidery, as is the case for example in the series You Can’t See the Ones in the Dark, depicting female fighters and heroines in global conflicts in various parts of the world; they are often relegated to the passive role of victims, and yet continue to take part in revolutionary events. A no less urgent example is the series Where Flowers Bloom, based on photographs of drowned refugee children.

Do You Know That We Have Lost? is the title of the exhibition as well as one of the exhibited works – a self-portrait in black embroidery combined with a chamomile done in stumpwork technique that gives the embroidered plant a three-dimensional impression. The work’s title on the background of the self-portrait is a statement of defeat, which is at the same time recognized as freedom. In the Victorian language of flowers, chamomile signifies “energy in need,” an enterprising spirit and healing. And so the initially melancholic work transforms into a challenge and encouragement – defeat holds new chances; the struggle for human dignity is not lost.