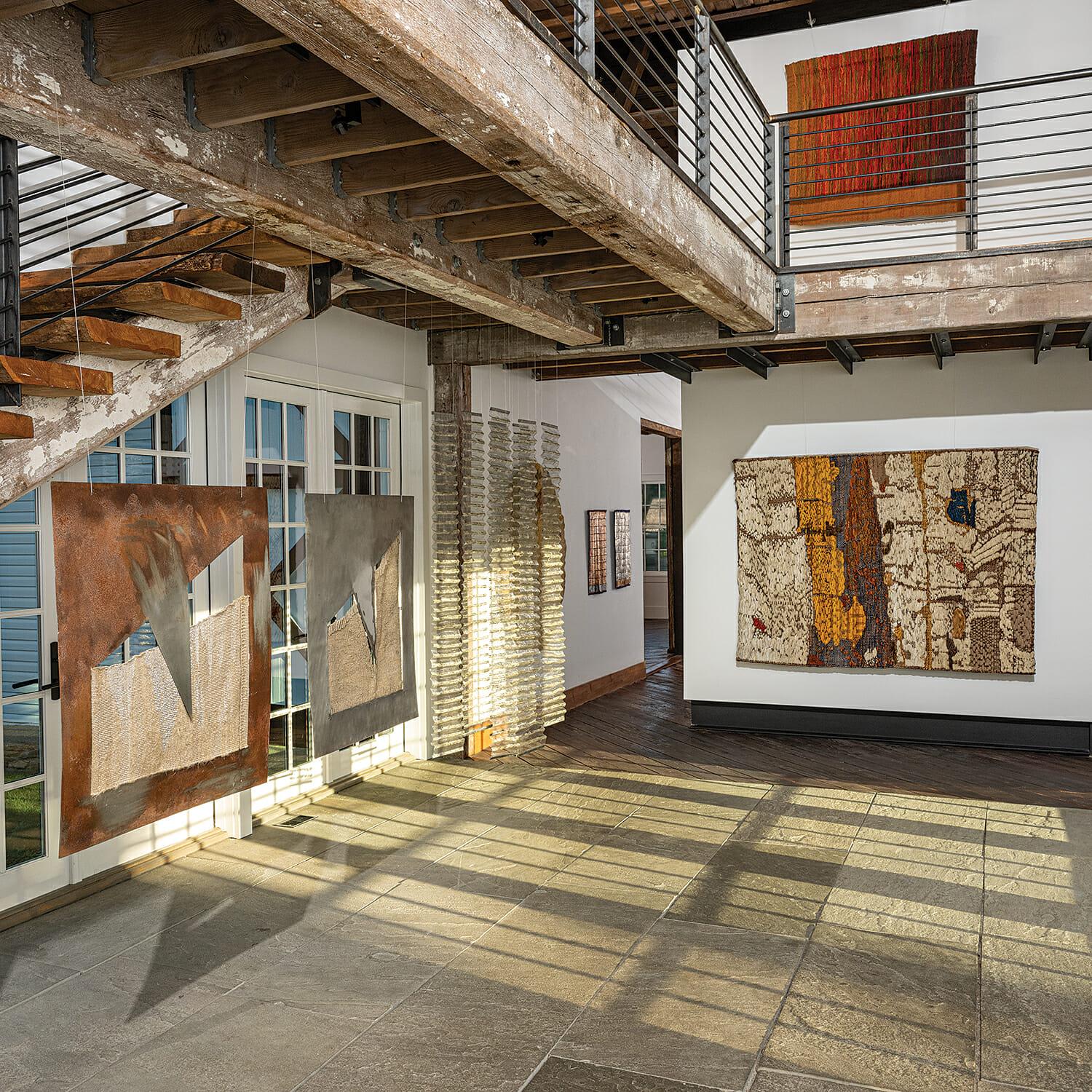 Political instability can bring about unexpected and engaging art. It can influence an individual artist’s career for a lifetime. The current upheaval in the Ukraine and the security concerns of neighboring European countries suggests echoes experiences of artists exhibited by browngrotta arts who have lived in, fled, or emigrated from repressive regimes. This Fall, in contemplation of past and present political events, browngrotta arts will highlight work from 20 countries in Eastern and Western Europe, 17 countries in NATO and the three current applicants.

The nearly 50 artists in the exhibition reflect diverse perspectives and experiences. Allies for Art: Work from NATO-related Countries (October 8 – 16, 2022) will include art created under occupation, in the ‘60s, ‘70s and ‘80s, art by those who left Hungary, Romania and Spain while occupied, and art by other artists who left Russia in later years. Gyöngy Laky’s family, for example, escaped from Soviet-occupied Hungary after World War II — to Austria, then America, experiences that are reflected in her politically themed works. Adela Akers’ family left Franco’s Spain, first for Cuba, then to the US. In the 1960s and early 1970s, Ritzi Jacobi’s expressive work in tapestry, abstract by nature, allowed her to circumvent the Romanian government’s preference for academic, figurative art which supported communist ideology.

Several of the other artists in the exhibition from Eastern Europe, including Jolanta Owidzka, Zofia Butrymowicz, Anna Urbanowicz-Krowacka, and Krystyna Wojtyna-Drouet of Poland and Luba Krejci and Jan Hladik of Czechoslovakia, were introduced to US audiences in the 1960s through 1980s by Chicago galler- ists Jacques and Anne Baruch who spirited their work out of countries under oppressive regimes. On August 20, 1968, for example, the Baruchs left Prague after meeting with artists, just five hours before Soviet tanks rolled into the city and brutally ended a brief period of democratic reforms.

“We were captivated by their energy, experiments and bold compositions,” Anne would write of the Polish fiber artists that the Baruchs met in 1970. “Though there were…shortages of studios, materials, and most necessities for daily life, all their problems did not hamper their work. Rather, it stimulated their creativity, and their use of sisal, rope, metal, horsehair, and fleece as well as the traditional wool, flax and silk, revealed new artistic thought with results which were dynamic, highly personal and original.”

Allies for Art: Work from NATO-related countries will also include current works created by European artists including Gudrun Pagter of Denmark, Åse Ljones of Norway, Włodmierz Cygan of Poland and, artists new to browngrotta arts, including Esmé Hofman of the Netherlands, Anneke Klein of Denmark and Baiba Osite of Latvia. Even if outside borders, nearby political upheaval can take a toll. German artist, Heidrun Schimmel, says that living in a country, united and secure in NATO since 1989, “it’s now  hard for us to learn: … everything is hanging by a thread…” Rachel Max, whose family left Austria in 1938 and 1939 and Russia and Hungary before the first World War, says that the war in Ukraine “has created a sense of  fear and instability I never thought we would experience in Europe. The world suddenly feels smaller and conflict doesn’t feel far away.”

The exhibition will be accompanied by a full-color catalog, which will include an essay by Kate Bonansinga, Director, School of Art, College of Design, Architec- ture, Art, and Planning at the University of Cincinnati, Ohio.

About browngrotta arts
Founded in 1987 in Wilton, Connecticut, browngrotta arts showcases unique sculptural and mixed media works with an emphasis on concept, supported by technique. The focus of the work is on the materials and the technical mastery of the artist as intrinsic to the significance of the work, prioritizing aesthetic value over utility. Museum-quality artworks by more than 100 international artists are represented through art catalogs, art fairs, co-partnered exhibits at museums, retail spaces, and an online gallery. Representing many of the artists who have helped define modern fiber art since the 1950s, browngrotta arts reflects the cultivated eye and intellect of its co-curators, husband and wife team, Tom Grotta and Rhonda Brown. The founders open their private home — a two-story barn built in 1895 expanded and contemporized by architect David Ling in 2000 – twice a year for “Art in the Barn,” unique salon-style exhibitions. browngrot- ta arts has published 54 art catalogs and placed works in private and corporate collections in the US and abroad, including the permanent collections of the Metropolitan Museum of Art, Museum of Arts and Design, Art Institute of Chicago, Philadelphia Museum of Art, and the Renwick Gallery of the Smithsonian American Art Museum. They regularly work with architects and interior designers offering consultation for commissioned artworks and site-specific installation fo rcommercial and residential spaces. A selection of works is on view and available for sales inquiries at browngrotta.com