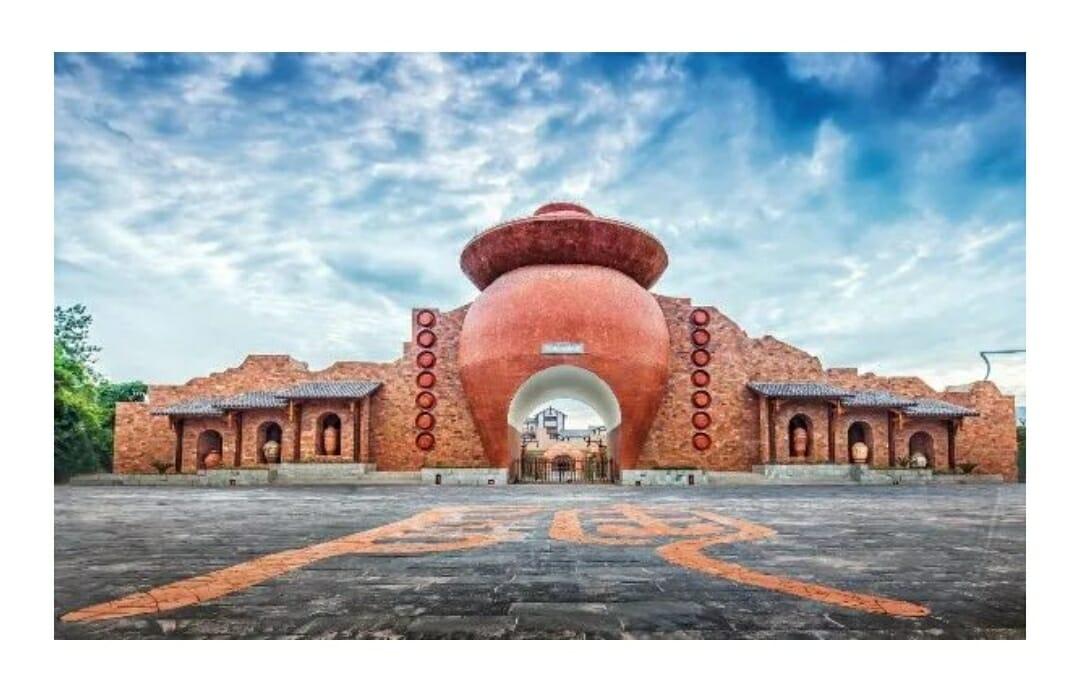 In the last months of 2019 the Sardinian artist Maria Jole Serreli participated in the International Ceramics Forum in Chongqing, in the historic ceramic district of Rong Chang, Si Chuan region, at the invitation of the Chinese government. The Forum is organized as part of the One Belt One Road project, a program to upgrade and develop the logistics hub of this area today among the major corridors in China thanks to fast rail freight lines leading to Europe and Russia, towards South Asia and North America. Chongqing – a megacity of nearly forty million inhabitants – is considered the largest metropolitan area in the world. From that exhibition experience, at the request of the organization, Serreli developed the series of Remembering Rongchang works exhibited in preview at the EXMA in Cagliari on the occasion of her solo show In my home I only had three chairs curated by Simona Campus.

Forty-four works, divided into five groups in which the artist used different materials all highly evocative of the history and culture of the area intertwined with evidence of the land of Sardinia from which the artist comes.

Serreli’s experimentation in this research explored the possibility of combining two traditional local productions – ramie and ceramics – through art.  Ramie is a natural fiber originating from the Far East and we have knowledge of its use for the manufacture of fine clothes already in Ancient Egypt thanks to its fine and luminous texture similar to silk. Obtained from two plants – Boehmeria Nivea and Boehmeria Utilis – very widespread in the Far East, the process of extraction, spinning and weaving is extremely delicate and expensive and the resulting fabric is therefore reserved for prestigious and niche products.

From the sculptures of hominids in white refractory clay to the sixteen small works in which ramie fabrics are combined with the paper pages of the Zuo Zhuan (左傳 T) – or Chronicle of Zuo, the oldest Chinese chronicle in narrative form – through a  red cotton thread; from ceramic vases with sewn fabrics to the composition of pages of ancient books purchased in the Chinese city, paint and black clay and again to the large installation of sculpture baskets in ramie fabric.To this plurality of materials to which threads, wax and sealing wax are added, Serreli integrates fragments of various types of wood from Sardinia thus giving shape to a series of works in which the ultimate figure of art is the relationship, the dialogue between two ancient and refined cultures that, although geographically distant and rooted in the archaic depth of time, find the junction point in the artistic language of Serreli: here art becomes the medium through which every space-time distance is canceled out in the work. The artist has reworked contents, techniques and materials by re-knotting an unbroken thread with the past, informed and nourished by the present and made usable and readable in a future perspective, always in a whispered, intimate and personal dimension with the observer.

At the end of 2021 this body of works was officially acquired and became part of the permanent collection and archive of the Belt and Road Ceramics Expo Center in Rongchang, Chongqing district, and in August of this year the installation in the museum halls of the Exhibition Center directed by Cheng Peng, curated by Wu Kai, was completed, making the entire series of works permanently open and accessible to the public.

The project was made possible by the commitment of two Chinese companies – Chongqing Shikeqianshe Culture Communication Co and Chongqing Weishang Advertising Media Co. and the China-Italy Film and Television Association and the mediation of Chen Xuantongyue.