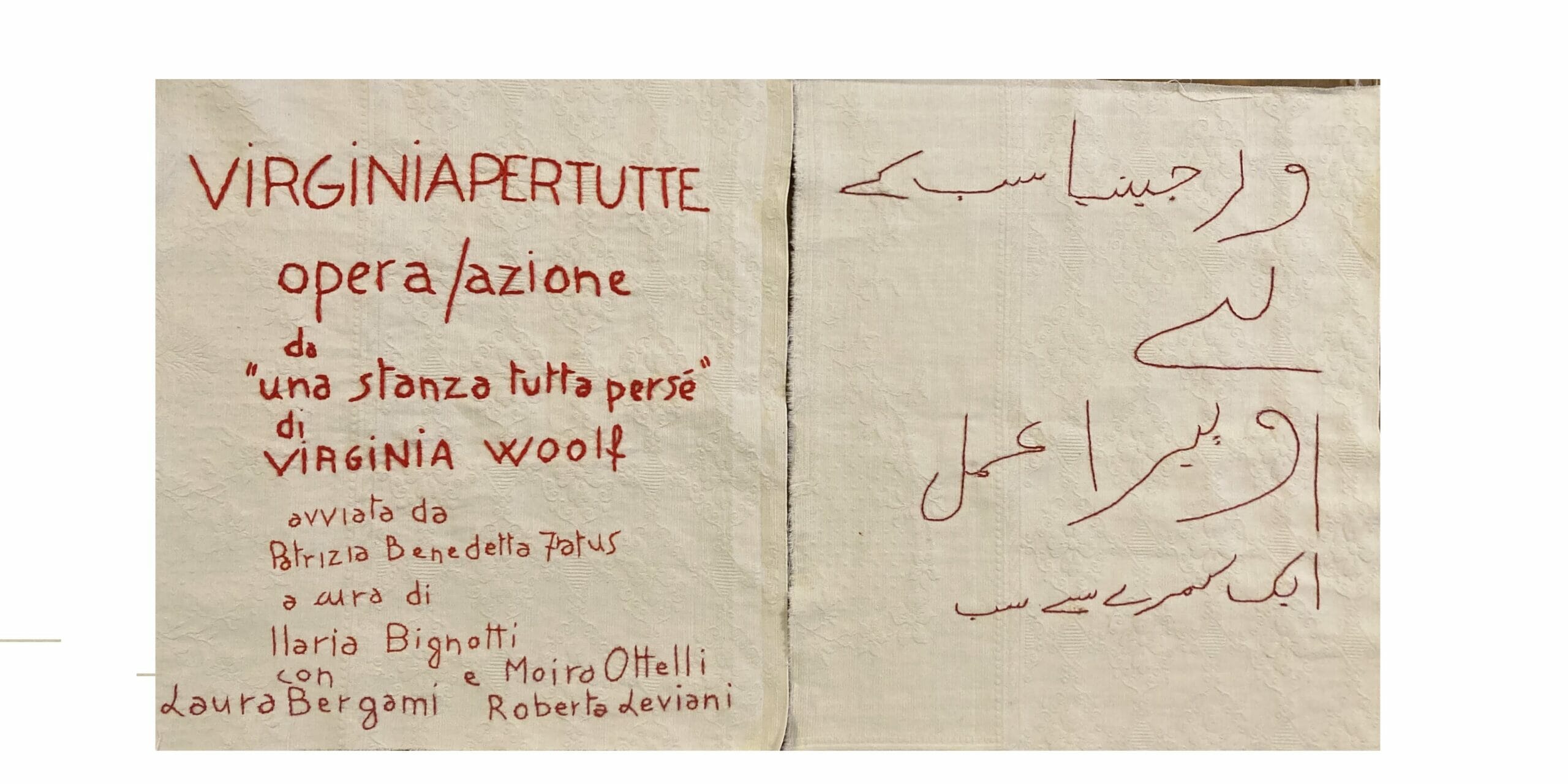 The project is a call to action that intends to involve all women, of any nationality and language, in the making of a large installation, at environmental scale, formed by the embroidery and/or transcription in red color on white cloths of the essay “A Room of One’s Own” by Virginia Woolf, British writer, essayist and activist. (London 1882 – Rodmell 1941).

To all those who would like to participate to the project, the artist Patrizia Benedetta Fratus will send a phrase taken from the essay – in Italian – asking each participant to either translate it in one’s mother tongue (if different from Italian) or to find another woman coming from a different cultural and language background so to translate the assigned phrase together. Once translated, the participant/s is/are asked to write the translation, together with the Italian version, with a red thread or a red permanent marker, on two separate 30cm by 40cm white cloths (one for each language). The two cloths, having the same phrase in two languages, will be sawn together to form flags that will show, on each side, a possible version of the same phrase/text.

The final result will be a collective and environmental artwork made of thousands of white flags handwritten in red, that will correspond to thousands of possible translations of the book, to be presented to public institutions, cultural and social research centers with the main goal of adding value to the cities of Bergamo and Brescia in the year 2023, when those two cities will be Culture Capitals. The artist herself is from Bergamo and has extensively and actively worked in Brescia.

As commonly known, “A Room of One’s Own” is an essay that retraces the personal and literary evolution of the author Virginia Woolf, laying claim to women’s right and possibility to participate in the cultural world which, at the author’s time, was exclusive to men. Starting from this focal point, the essay tries to dismantle and deconstruct the masculine and patriarchal language itself, both in literature and, more generally, in politics and society, freeing women from centuries of silence and subjection.

These topics, focus of the entire research of Patrizia Benedetta Fratus, characterize also the project VirginiaPerTutte – VirginiaForAll: the aim is in fact to draw attention to the lack of translations and the necessity of diffusion of the entire text of the book, and at the same time to show how the old practice of weaving is a crucial element for the “weaving” of a strong and aware social network of women from any geographical origin or cultural background.