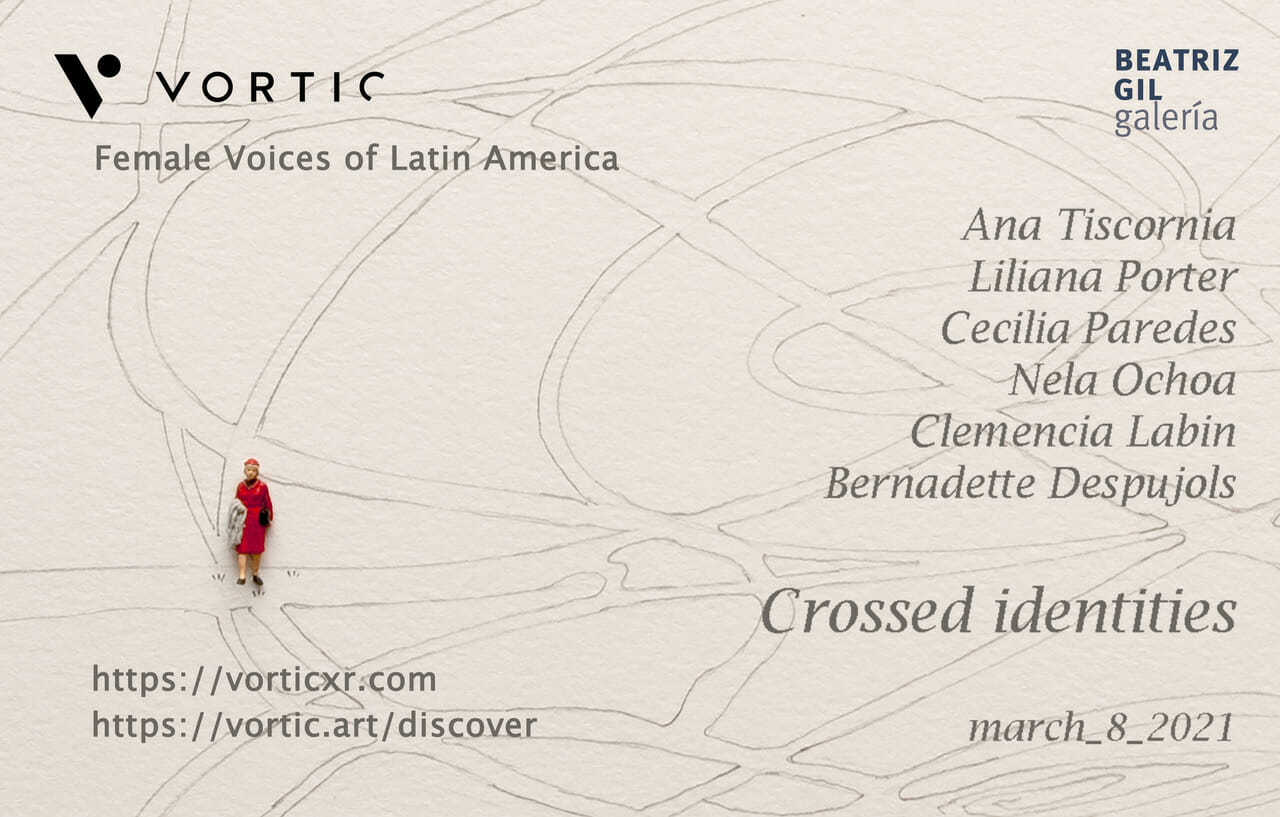 Female Voices of Latin América will celebrate the work of over 150 living female artists from
across the region, presented by more than 60 international galleries and institutions. The presentation will be the largest ever of Latin American female artists, a group who have been traditionally underrepresented in the international art world, and will launch on 8 March 2021 to coincide with International Women’s Day. Each of the participating galleries and institutions will present virtual exhibitions on the Vortic platform available to view online at vortic.art until 2 May 2021.
The initiative will offer the chance for collaboration and facilitate the exchange of ideas between galleries whilst spotlighting those around the world who are supporting female Latin American artists, with 19 countries represented. Offering a place of discovery, the collective will pay tribute to artists at all stages of their careers. Participating galleries include major institutions such as Museo de Arte Moderno de Bogotá (MAMBO) (Colombia), Museo Tamayo (Mexico) and Museo de Arte y Diseño Contemporáneo (MADC) (Costa Rica), alongside leading commercial galleries including Galería Luisa Strina (Brazil), Casas Riegner (Colombia), A Gentil Carioca (Brazil), through to galleries working with emerging artists including Barro (Argentina), Instituto de Visión (Colombia) and Proyectos Ultravioleta (Guatemala).

Clemencia Labin, a prominent Fiber artist, will also participate in the exhibition.

Marcia Fortes, Director at Fortes D’Aloia & Gabriel said:
“Representing some of the leading female artists in Brazil has been a great privilege over the past 20 years. Throughout the 20th century Brazil has had a history of producing female artists who have achieved remarkable recognition internationally and this legacy has persisted to the present day. As part of Female Voices of Latin América on Vortic we will be showing works that give reverence to this history and revealing the stories behind these women”.

Elena Saraceni, Special Projects at Vortic said:
“We have grown tired of not seeing female artists from Latin America receive the recognition they deserve in their own lifetime. As a platform, Voices of Latin America plays a well-deserved tribute to those with a remarkable artistic trajectory as well as promoting the current and next generation of artists. This presentation has been made possible by working hand in hand with the galleries, museums and non-profits in and out of Latin America that have contributed to develop the expanding arts scene. The future of our industry will rely on exchange, mutual support and collaboration. Through meaningful and memorable initiatives like this one, we aim to contribute to the art landscape in an impactful way”.

Exhibitions are available to view online at vortic.art, or on the Vortic Collect app, available to download for mobile and tablet devices from the App Store.