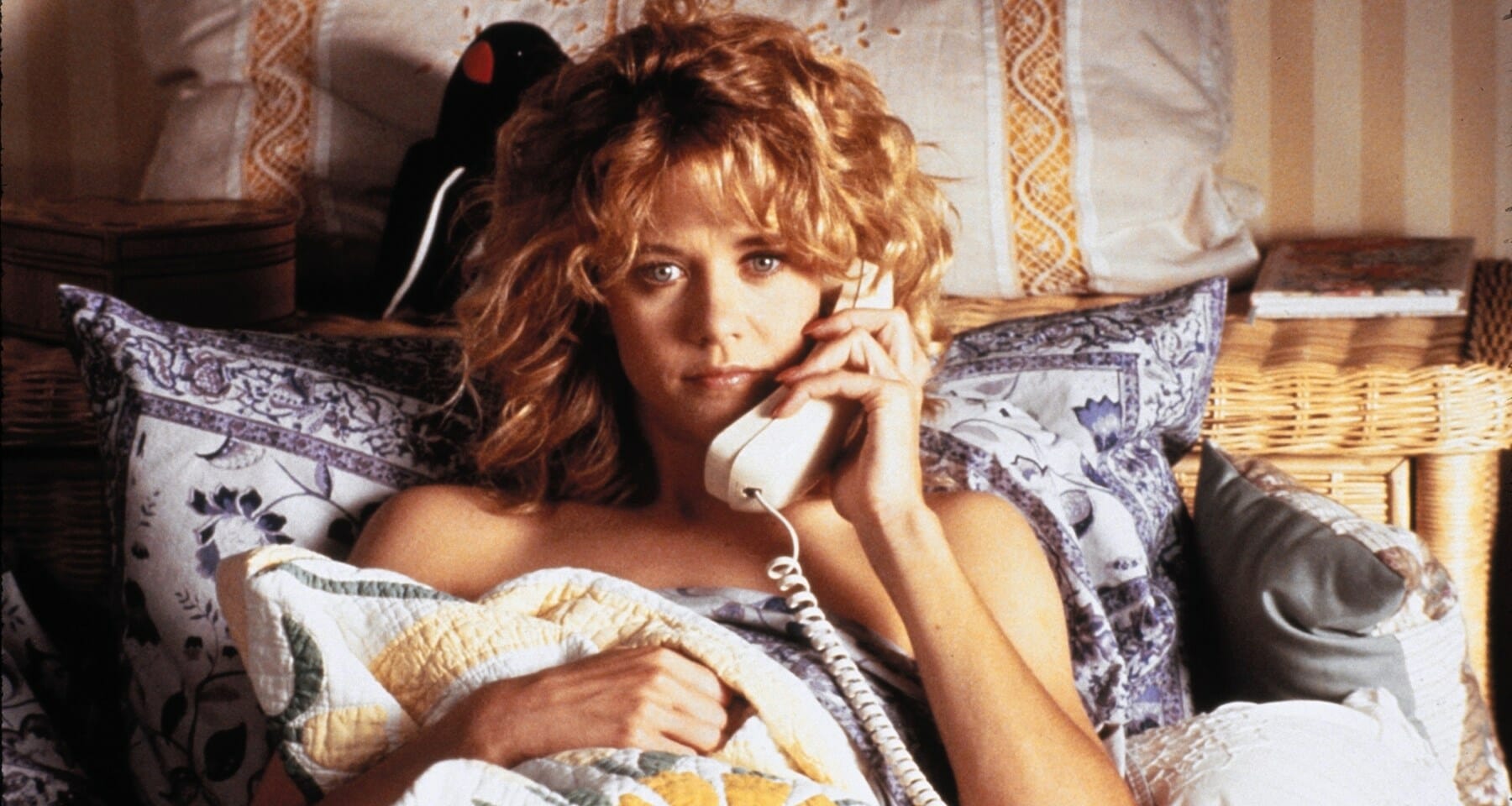 Dear cinephile friends, this week the chosen film is “WHEN HARRY MET SALLY”, unforgettable, and it brings us back to an important period of the long quilting history.

“When Harry met Sally”, USA 1989, directed by Bob Rainer, an expert in comedy, a brilliant script by Nora Ephron. The main characters are Meg Ryan and Billy Crystal. The history goes on for many years.

The two protagonists meet, clash and them lose touch, only to meet again in a bookstore and discover a friendship, even though he believes friendship between man and woman cannot exist.

The story goes on until they become confidants, she always in love with the wrong person, he after a failed marriage. She changes her hairstyle, he loses some of his hair. There is a scene that has become cult: they are in a restaurant in New York and Sally, in front of an incredulous and skeptical Harry, mimes an orgasm with embarrassing realism, enough to make a distinguished lady say “… waiter, I’ll have what she’s having!”.

The sequence we will focus on is that of a phone call between Harry and Sally, now more than friends, one of the calls they are used to exchanging at all hours.

The screen is divided in two: Harry on the left, Sally on the right, the frame is fixed. They are in bed watching TV and commenting on the ending of “Casablanca”: he lies under a drab bedspread, she covers herself with a beautiful quilt, a copy of a famous one that dates back to the early 1900s.

It’s one of the splendid quilts by Marie Webster, a brave woman, the first to write a book on the History of Quilt and on how a project is built.

We all know what I’m talking about. An important woman who softened the somewhat harsh and sometimes crude style of quilters that preceded her and drastically changed the image and diffusion of quilting. She created “kits”. Fainter colors and absolutely perfect copies of flowers embroidered using the appliqué technique. Magazines on sewing in the USA made them their own and her name became a brand.

She was very keen on quilting and was the first one to tell through this book the story of textile art, which belonged to women, and  was a source of wealth for them in the US.

We wrote about Marie some time ago, and we will write more, you might think: did she invent it all? She collected all the information and made it available giving everyone a chance to learn and make a quilt, providing all the information needed to do it.

Just by entering a dry goods shop you could find a model of appliqué, precise patterns for a geometric shape, all the templates you wanted.

Let’s get back to the film. I saw it by chance a few days ago and it struck me, because it still has its dynamic, humoristic and ironic verve.

Obviously there is a happy ending, Harry is irresistible and Sally understands that he is the love of her life.

Many of the quilts designed by Marie Webster were published in the book: “American Quilts in the Modern Age, 1870-1940”, published by the University of Nebraska, in cooperation with the Getty Foundation, because overseas this is considered ART.

The “Poppy and Tulip Quilts” were Marie’s specialty, the pinwheels made of soft colored flowers were closer to reality.

Her heirs, here we see one of her nieces, gather in Guild and reproduced this historic ‘30s quilts, like the one shown in the film.

They also wrote a memoir on their ancestor.

An unfinished Quilt, put on-line for someone to finish it, only 4 blocks and the colors faded over time.

Go see “When Harry met Sally” again, because there’s another scene, another phone call, this time during the day, in which we can admire that quilt and I keep asking myself, with a touch of envy, if its Meg Ryan’s.