Francesco Marzetti and his “Double Glance” on art 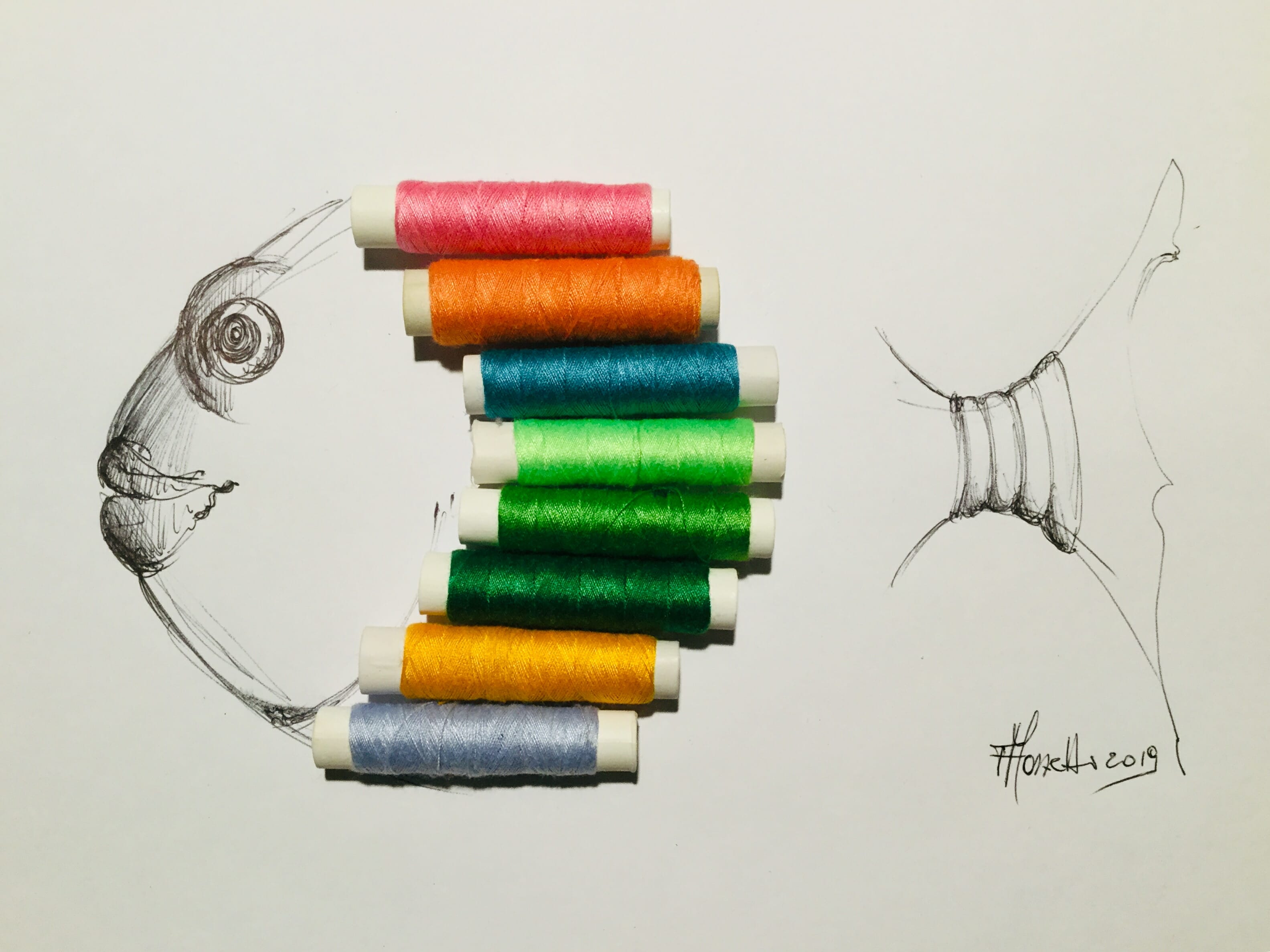 Francesco Marzetti is an independent artist who lives near Bagnoregio, where he creates and exhibits his fantastic characters created using abandoned and disused objects. An old shoe, a worn work glove, the peel of an orange, the spools of multicolored threads, are transformed into extravagant creatures. Through these objects Francesco, sometimes adding a few skillful pencil strokes, tells a story, evoking feelings of simplicity,harmony, grace and subtle irony

It is in fact his drawing ofa fish, completed by “textile interferences“, that hascaught my attention.

The idea of these colorful and cheerful fish was born from a sewing box donated to Francesco by his mother-in-law who lives in Switzerland. A family object full of memories that stimulated the artist’s creative imagination.

Later on this gift was the protagonist of a performance conceived by Giorgio De Finis entitled “Face To Face“, which took place at the former prison of Montefiascone.

“… It was a relational experiment, which involved over eighty artists who, in two-weeks timeof activity, alternated to give life to an experiential device characterized by a high-participation, based on a one-to-one relationship with the visitor.  An artist in each cell, ten artists per day, all with their own proposal divided into ten units of ten minutes each. The artist offers the visitor a topic, a reflection, an action (many interventions have been performative and playful) – sometimes it is the artist who chooses to listen, asking to be able to learn something (a choice aimed at emphasizing that each individual is a bearer of knowledge). When the time is up, the bell rings. The conversation or the action stops “. (G. De Finis)

About this experience, Francesco adds: “Ten minutes using what was inside the sewing box to establish a direct and exclusive relationship with one visitor at a time was a really beautiful and interesting experience … fabrics, lace, threads, buttons, took the form of fantastic birds and fish … “

Everything that Francesco Marzetti creates comes from a recycling perspective and shows how artistic intervention can generate positive feelings and constructive attitudes.

“Most valuables quickly lose luster and attractiveness, and if the enjoyment is delayed, you risk having to throw them in the garbage before you have even enjoyed them.”

Link to the website and the artist’s social networks: