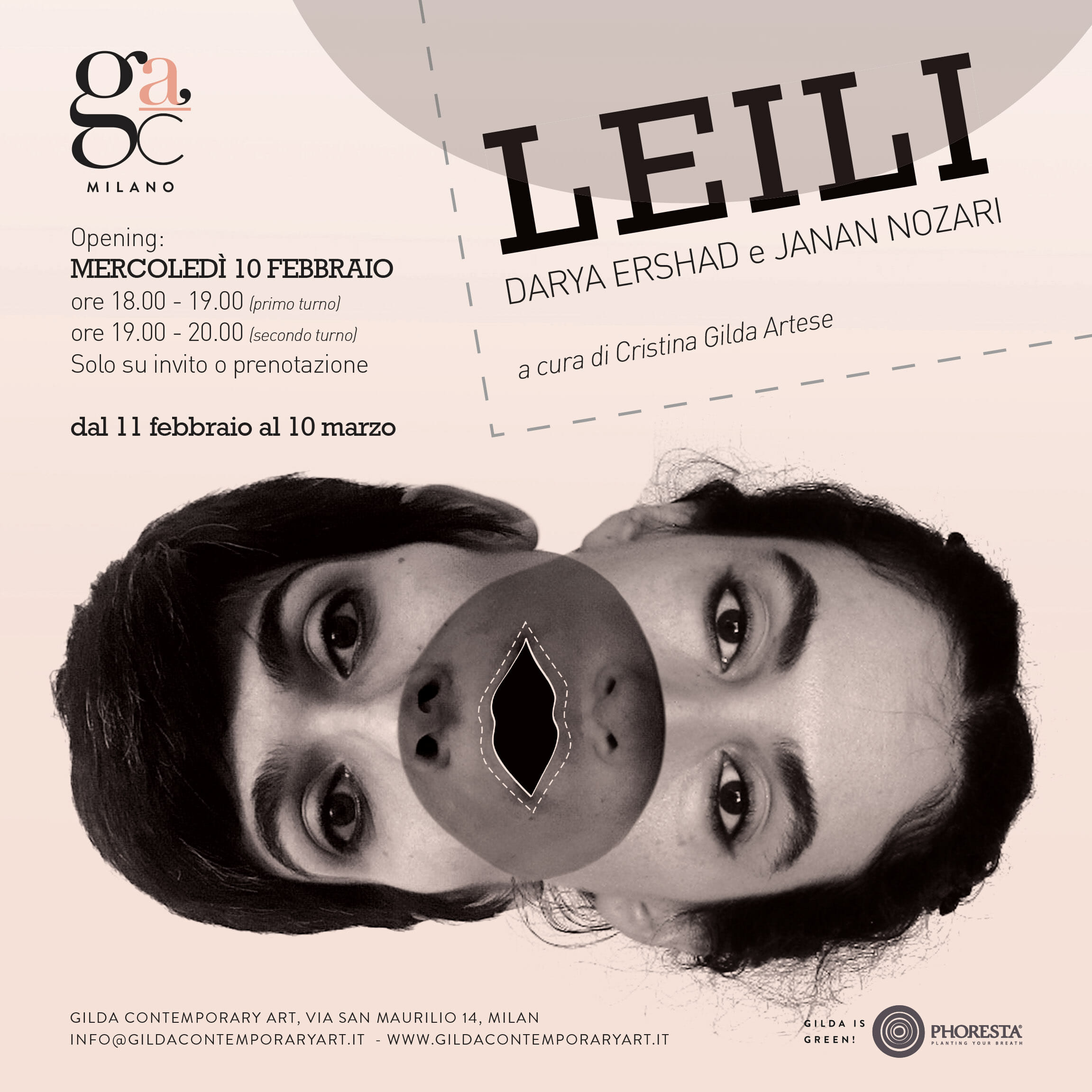 Darya Ershad and Janan Nozari question the theme of female identity and stereotypes not yet definable as “ancient” as they are the subject of continuous debate even in the contemporary era. Their questions, starting from the strong mold of Middle Eastern women, pass through the contaminations and the gaze turned to new Western female models, without finding certain and absolute answers.

Surprising how this issue, not at all resolved in an era of hopeful yet far overcoming of certain limits and boundaries for women, is proposed again in even more contradictory terms where femininity no longer translates only into a self-determined choice of being a woman – independent and emancipated mother or woman.

In a time when motherhood no longer concerns only gender, being a woman can no longer identify herself exclusively in this choice, however visceral and historically strongly identifying both from a sociological or ideological point of view.

There are many aspects that can be glimpsed in the plots of about twenty works on show, almost all of small size, where fabrics, threads, embroideries, darning, weave a dialogue between the two artists that goes beyond the borders of their origins and caters to the entire female landscape.

Also on display is a medium-sized work performed in Italy by Darya Ershad but conceived and designed together with her colleague Janan Nozari currently residing in Iran, where words and poetry in the Farsi language, embroidered on the fabric, merge joining the souls of the two artists, also biographically different albeit similar.