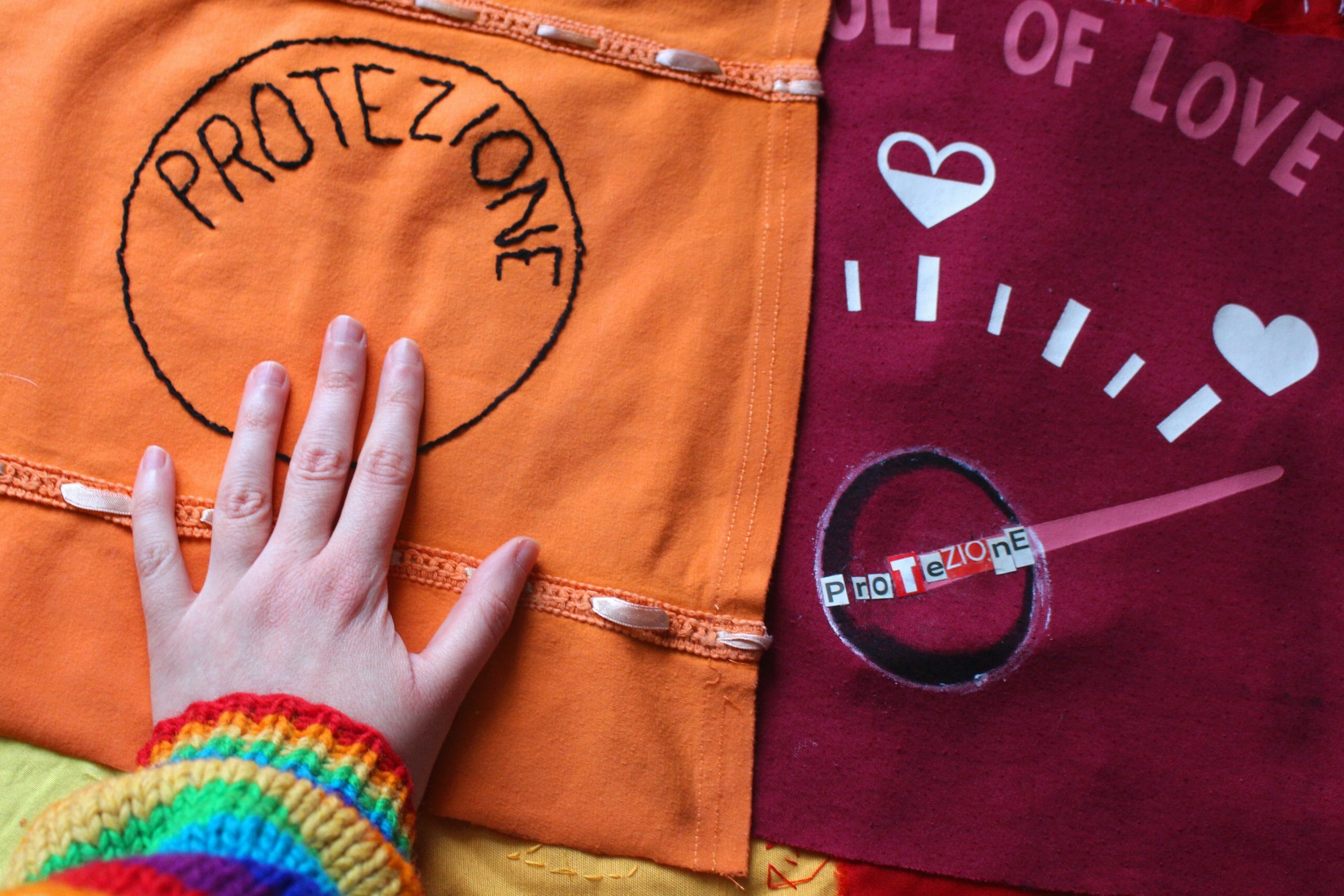 The La Masca collective intends to create an artistic cloak to pay homage to Lisitrata and all those who, like her, fought in the name of their people to protect it. It will be a participatory work: anyone can make their contribution even without previous artistic skills. The collective wants to encourage the free expression of anyone with a desire to contribute.

La Masca is an artistic collective characterized by diversity: of path, of thought, of means of expression, of geographical location, of training. “Masca”, from which they take their name, is the appellation that was given to a figure of the Piedmontese folk tradition attributable to a witch and seems to derive from the Arabic word masakha that is “to transform into an animal”.”Si quis eam strigam, quod est Masca, clamaverit” “if anybody is a witch,who is Masca, he cried out”: imbued with negative prejudice, with metamorphic powers and more, therefore despised but sought after by the people as needed: demonized for its offensive nature but indispensable for its defensive nature. This collective is a courageous experiment in which the members start without knowing each other, but above all without knowing the work of the others, a cauldron of input, a creative chaos that generates art.

Lisistrata, protagonist of the homonymous comedy written by Aristophanes, was the one who rebelled against the rigid separation of roles between females and males: the women were confined to the domestic space, bent over their looms, while the men engaged in useless and bloody wars. Tired of mourning the fallen in battle, she proclaimed a sex strike in the Acropolis of Athens which all the women of the city joined. The war thus became “a women’s affair” who took over the situation to restore peace. The ruse worked, the men stopped fighting and returned to their families.
The task of the women was to “weave a cloak that covers all the Athenian people to make them feel secure and united”; not only a literary metaphor since it was traditionally the task of women to weave clothes for the whole family. Their political power could be expressed within the culturally considered feminine activities but its influence certainly surpassed its boundaries (just think of Penelope who was able to keep the suitors in check thanks to her textile skills which were closed to the male world).

A participatory work is carried out chorally: each one makes his own contribution by creating a small piece that will then be assembled with all the others, by the La Masca collective. Starting from January 1, 2023, in fact, all the individual pieces will be sewn together to form a single large work that will be exhibited in a venue to be defined during the year 2023. Participants will be informed by email of all the exhibition details.

To participate it is necessary to make a square of fabric strictly 30×30 cm using a fabric of your choice as long as it comes from a used garment and has an emotional value (it is recommended that it be washed and clean) – garment, sheets, tablecloths, etc. – belonged to yourself or a loved one. It can be of any color and fiber and on it you will have to embroider or paint  a circle and, for those who want, also embroider or paint the word “Protection” with a color that contrasts with the background.

The piece must be received by 31 December 2022 by ordinary mail to: Bassi Anna, Via Bellini 16/8, 27026 Garlasco (PV), Italy. Inside the envelope you will have to insert a single sheet on which the name, surname, email address of the person who created the work will be indicated.