The carpet as a cultural metaphor: interview with Faig Ahmed 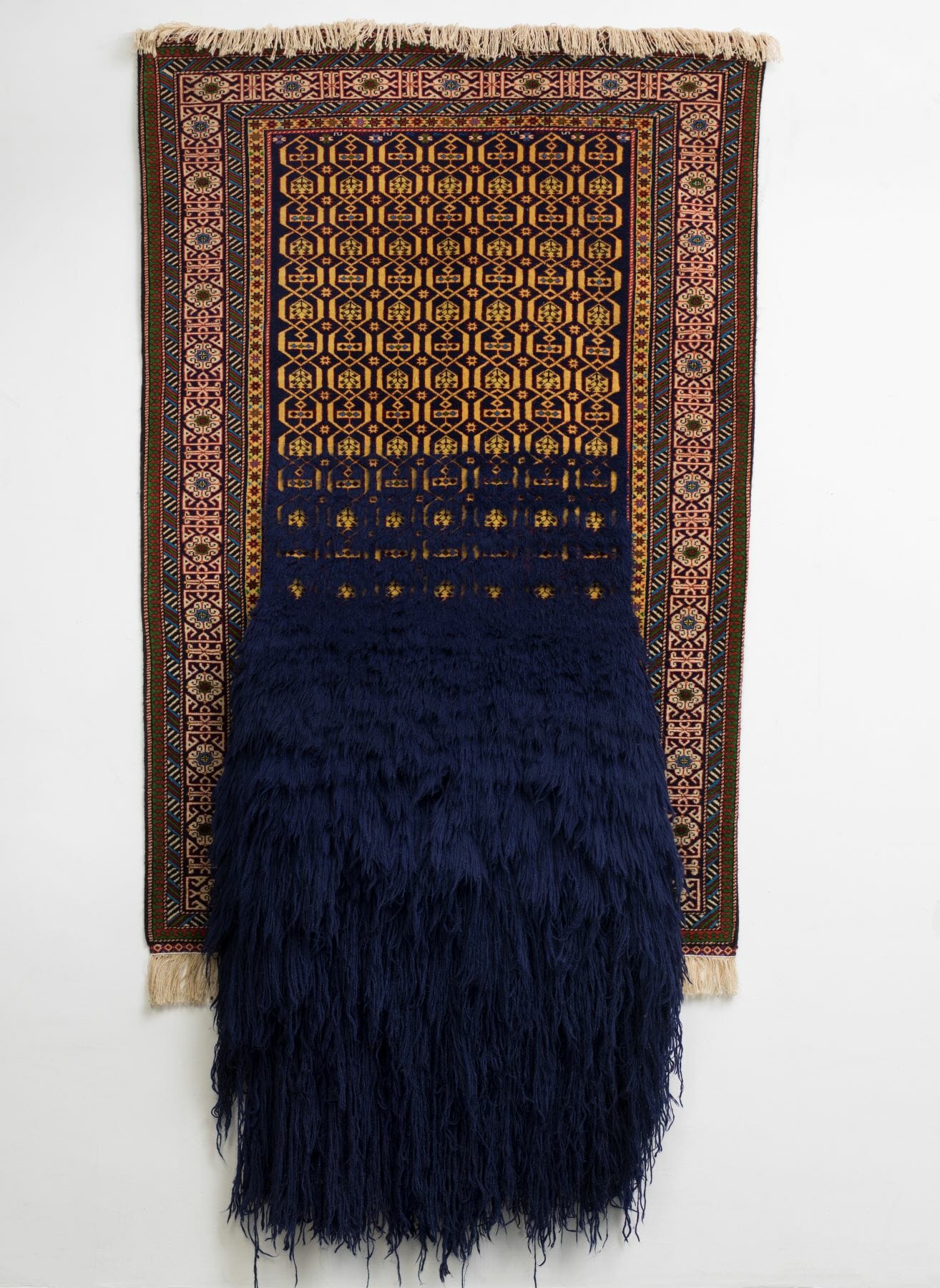 Faig Ahmed is an internationally recognized Azeris artist, originally from Sumqayit, Azerbaigian, well known for his installations, his sculptures and mostly for conceptual art works in which he reprocesses in contemporary key the totemic, religious, social, political and aesthetic meaning of the Oriental carpets, a model with a complex symbology from which the artist extracts new form and  content.

Through the contemporary use of digital technology and traditional looms, Ahmed reinterprets one of the most immutable and ancient means of popular tradition while maintaining intact the cultural value of weaving, centuries-old techniques and materials. The changes that he operates on the traditional carpet reveal a new appearance and meaning for this universal symbol: Faig’s carpets are no longer decorative objects of high craftsmanship, but, transfigured, rise from their place on the floor and become art objects, instruments that tell stories reimagined and rewritten by the artist.

According to Tair Bayramov (PHD in Arts), the carpets of Faig Ahmed can be considered as multileveled texts: the first level is the traditional pattern of a rug, the second layer is the transformation of the rug, the change of the form, pattern and context. And the third layer consists of philosophical and ideological connotations of the author and the viewer.

Ahmed has exhibited his art worldwide including group and solo exhibitions in New York, Paris, London, Berlin, Rome, Dubai, Moscow and the UAE. In 2013, the artist was nominated for the Jameel Prize 3 at the Victoria and Albert Museum in London. His works can be found in prestigious public collections including Los Angeles County Museum and Seattle Art Museum, and in private collections such as West Collection, Philadelphia, the collection of Beth Rudin DeWoody, New York City, Galila’ Collection, Brussels, Ranza collection, Rome, Jameel Foundation, London and H.H. Sh Zayed bin Sultan bin Khalifa Al Nahyan, UAE.

Your creative process shows a unique and original reinterpretation of an ancient and immutable symbol of traditional Azerbaijani culture: the carpet. Can you talk about it?

There is an ancient saying in the East: the artist is the person who has chosen perfection inside reflected in the work beyond.

I grew up at the crossroads of different cultures with ethnic conflicts. Azerbaijani culture is quite diverse and therefore through all the centuries of changes it has followed global trends. While the tradition, which is a more stable part of the culture, has not changed for thousands of years and has encoded the whole culture’s individuality. This combination creates a culture where tradition is the center and art is a periphery. One of such examples is carpet, which is being woven for thousands of years already and includes the flexibility to execute any image on its surface. The carpet is also the oldest object that is still used in modern houses while its production process is still the same. Meanwhile all other things and their production is changing at a tremendous speed every day. I found the carpet as an ideal metaphor for culture. I also consider culture itself as a metaphor included in the objects and behavior. For example, carpet style is the exact boundary of ethnic groups and people in the region. Though there is still no precise scientific systematization and categorization of the carpet by ethnicity and even geographical affiliation. Through the eyes of the scientist, these boundaries are blurred and changeable, while each nation will precisely point out its own pattern thereby indicating its borders.

Another example is the symbolic attitude to the carpet: for example, in Azerbaijan there is funeral tradition when body is wrapped in a carpet and then buried, in some regions special carpets are still woven without any patterns in the center for the ceremony.

Your works do not represent an example of decorative art but are the expression of a process of artistic/philosophical research. What is the purpose of this research and how does art help you to explore reality? Why did you feel the need to transform and give new identity to such a powerful symbol of universal culture?

I am freeing myself from collective unconscious processes and fears through the practice of art, and the viewer experiences the same concentrated experience of liberation. The modern artist is the Shaman who healed himself and people around, releasing them from diseases. In today’s increasingly complex world, information and its content have the same power of disease as in the ancient world. The value of the Carpet for art is the fact that this object included layers of millennial stories that could be instantly translated into modern language. Through my work I am asking, where are the boundaries of craft and art? And carpet itself creates questions on cultural boundaries. As an artist, I was looking for a modern language of art to talk about the future, but I found an ancient one and started talking about the present. And in the present there is no value more important than life itself.

Your work seems to be challenging the traditional technical and conceptual principles on which the ancient craft of weaving is based. Was it difficult to communicate and make your artistic intentions understood by the weavers you work with?

The process and technology of carpet weaving has not changed over the millennia. It is always difficult to work with people of tradition if there is no discipline, but you can’t stop a motivated artist.

Can you tell us about a work of yours to which you are particularly attached or which has been a turning point for your artistic career?

My work belongs to people. My body to earth.

In your opinion, what are the expressive limits of textile art?

What are you working on right now? Would you like to tell us about your current projects?

Now I am working on the completion of all the old processes of life and since my life is my work I am at one of the final stages of my approach to art. I am also preparing for the transition to a new form of art.