The Fabric of Civilization 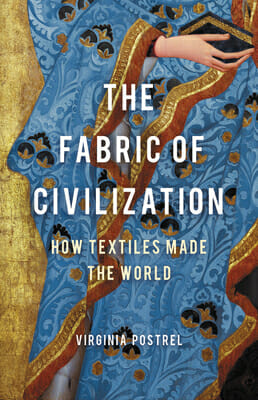 How Textiles Made the World

From Paleolithic flax to 3D knitting, explore the global history of textiles and the world they weave together in this enthralling and educational guide.

The story of humanity is the story of textiles – as old as civilization itself. Since the first thread was spun, the need for textiles has driven technology, business, politics, and culture.

In The Fabric of Civilization, Virginia Postrel synthesizes groundbreaking research from archaeology, economics, and science to reveal a surprising history. From Minoans exporting wool colored with precious purple dye to Egypt, to Romans arrayed in costly Chinese silk, the cloth trade paved the crossroads of the ancient world. Textiles funded the Renaissance and the Mughal Empire; they gave us banks and bookkeeping, Michelangelo’s David and the Taj Mahal. The cloth business spread the alphabet and arithmetic, propelled chemical research, and taught people to think in binary code.

Assiduously researched and deftly narrated, The Fabric of Civilization tells the story of the world’s most influential commodity.

Virginia Postrel is an award-winning journalist and independent scholar. She is a columnist for Bloomberg Opinion and has been a columnist for the Atlantic, the Wall Street Journal, and the New York Times. Her research is supported by the Alfred P. Sloan Foundation. She lives in Los Angeles, California.